A brief overview of the Intergalactic Drug Trade, using FTL to travel between Planets and Stars of the Galaxy Map, Spying on your opponents and the Random Generation of Galaxies. Plus more!

The Greenlight Campaign may be under way, but development has not stopped! I'd like to take a moment to talk about some features that the Trailer didn't quite do justice.

In the image below, you'll see the Solar System Map, which features a new bar along the top. More importantly, when you click on a planet you can see how many Arenas it has, and then build your own stuff (More on this another time though!!) 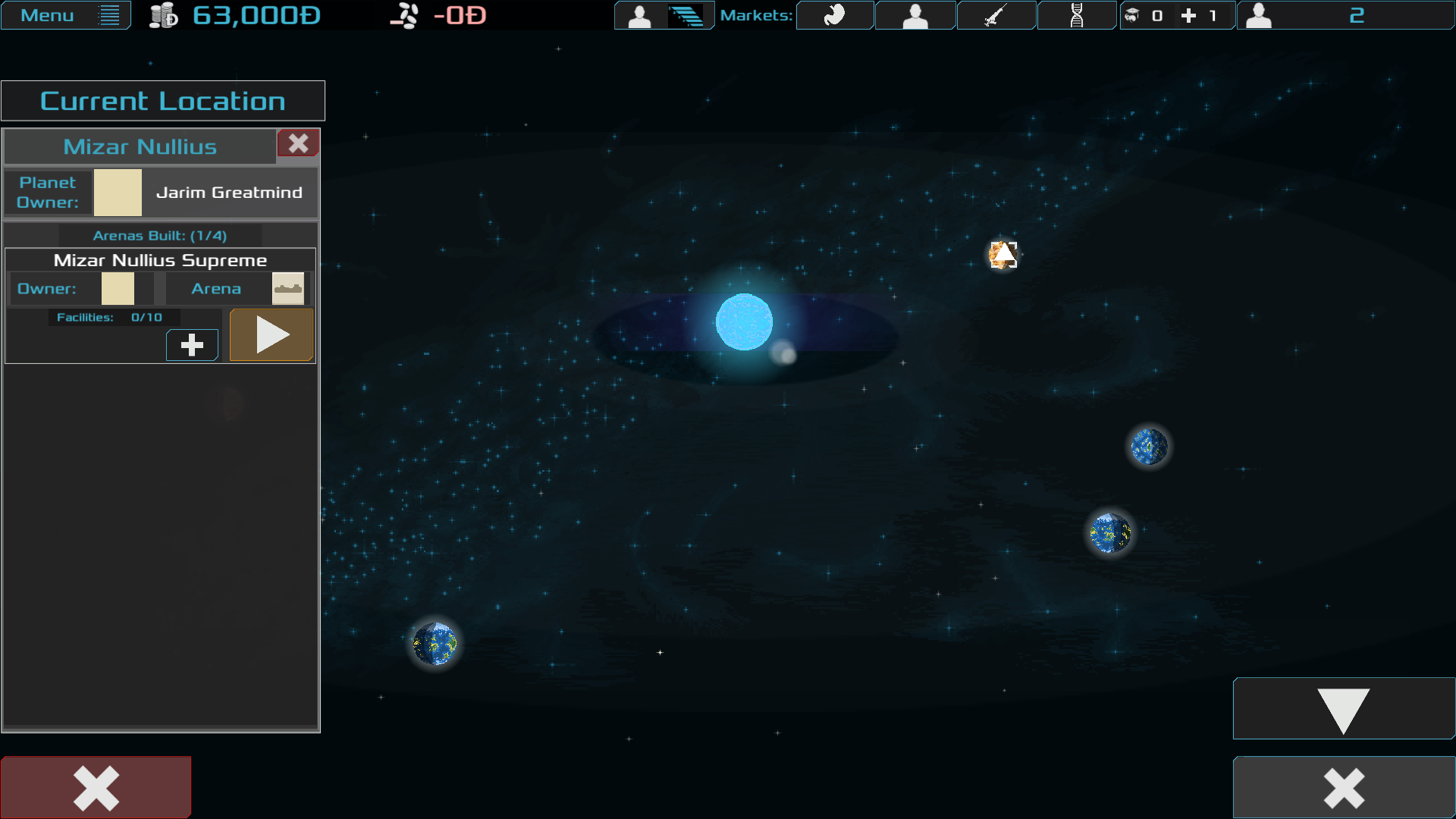 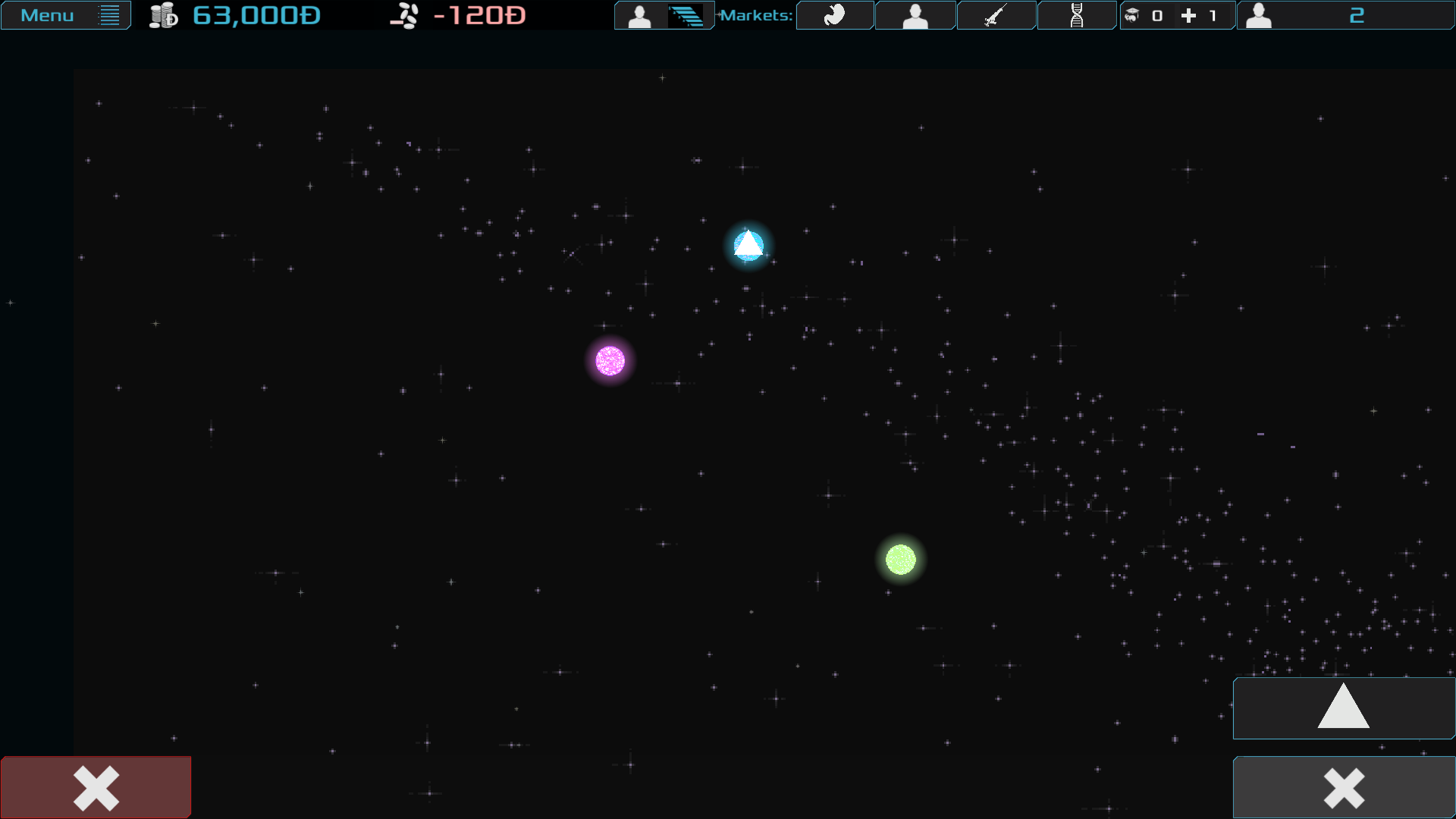 The types of stars as well as the number, population and types of planets in each Pit-Fighting-League are all randomly generated at the start of each new game. However they have environments based on the distance from the star itself. Molten planets will be closer to the star, while water heavy planets are further away. 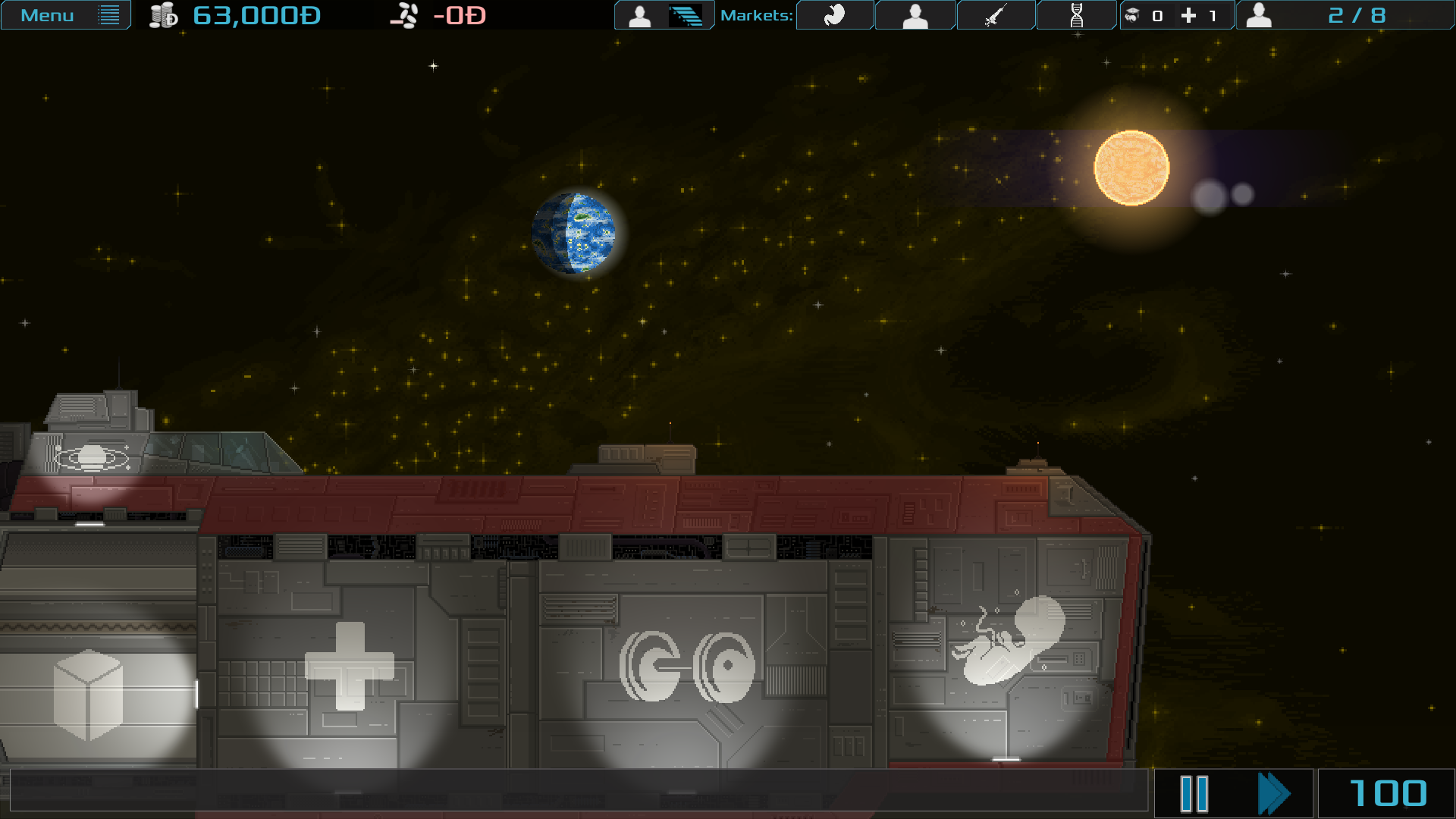 You'll not only face tougher opponents in the higher-tier Pit-Fighting-Leagues, but you also won't have a clear idea how strong they are. At least until you spy on them! (For a small fee!) 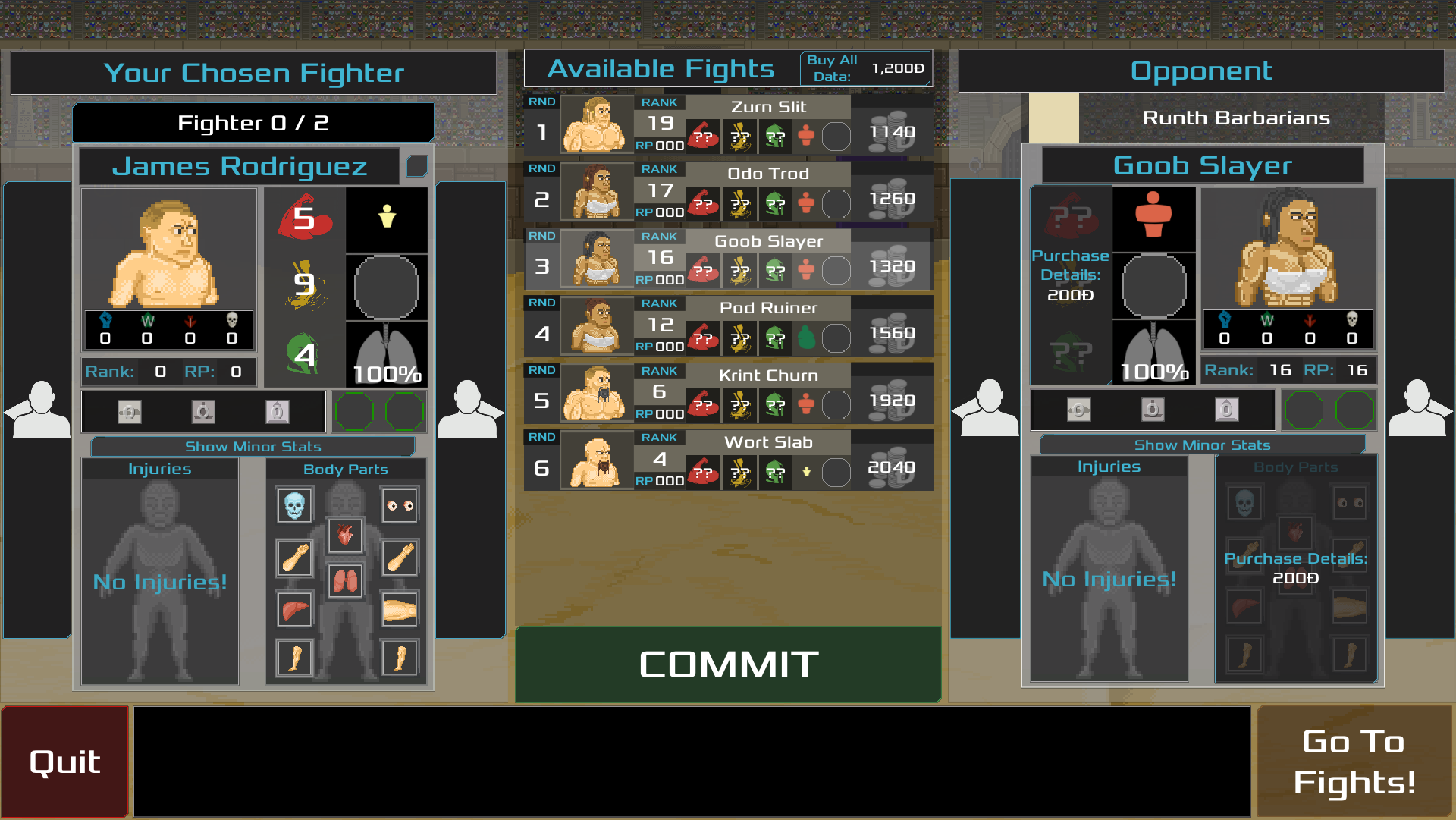 The Pit-Fighting-Leagues and their broader elements will be a key part of the meta-game. So there will be a more in-depth article about that another time!

After each fight you'll be able to see a breakdown of how your fighter fared in battle. More importantly - you can see what sort of horrifying injuries were inflicted!

There's nothing quite like severing the hemispheres of your opponents brain - even if you lose! 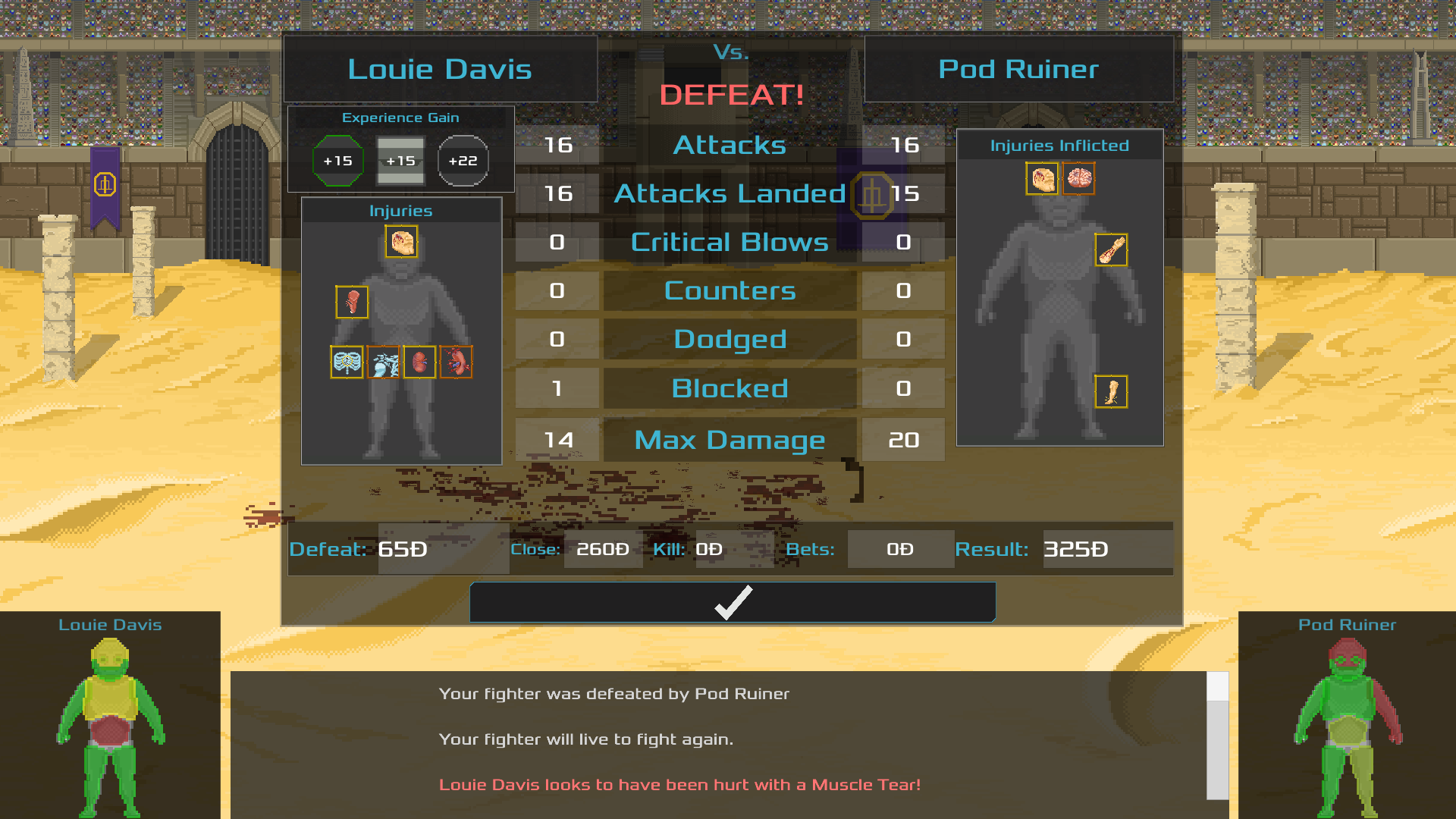 Finally, a little bit on markets.

Refined Human Goo is not the only drug available in the game - you can also administer far more mundane drugs, like Steroids and Opiates to your Slaves. They're also a lot cheaper! However, the markets will vary from Planet to Planet, and from Cycle to Cycle (an in-game week). A vigilant tycoon could turn a tidy profit moving drugs between worlds, then selling to those in need! 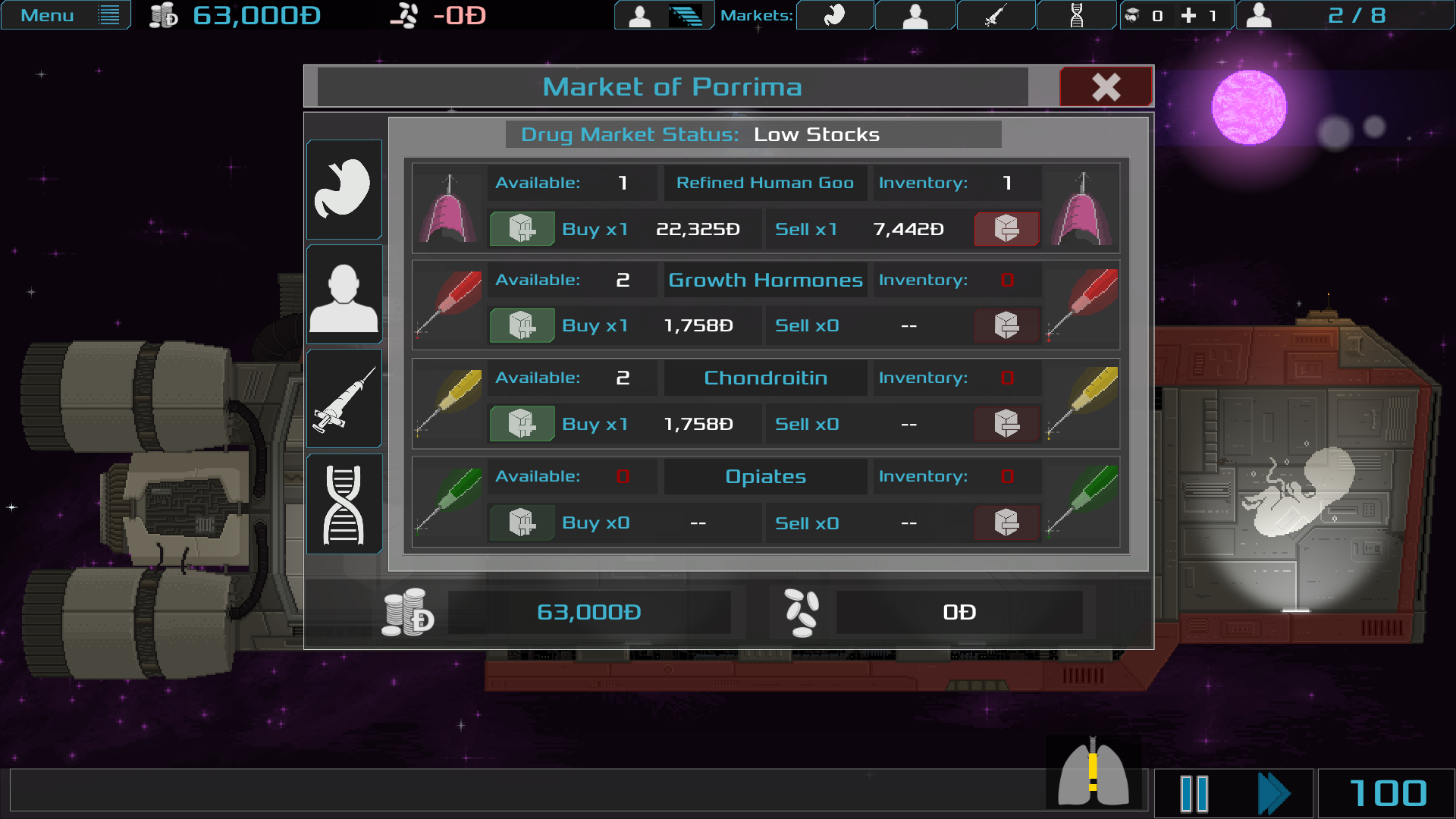 Vote YES for this on GreenLight!

If you like the sound of any of this, please vote YES for Pit Fighter Tycoon on Greenlight!

These features are already in-game and functional, and while there is still a lot of development (and balancing!) to go, I believe these are pretty cool already.