Jazz Jackrabbit 2 Plus updates for the first time in two and a half years. Introduces a new enemy, a new old gun, tab completion for console commands, scripting support for level designers, and much more.

Following the transferal of JJ2+ development by BlurredD in July 2012 to the 1.25 Council, a new version of JJ2+ has been released for the first time in roughly two and a half years. Historically JJ2+ has been very much focused on adding features to online gameplay, with comparatively little attention spared for level design options or single player mode; the new developers come from somewhat different backgrounds, and so improvements are now spread much more evenly throughout the JJ2 experience. We look forward to future releases once we've all had a few days to cool off and browse through incoming bug reports, which we certainly hope will be few in number, and in the meantime, we eagerly hope to see players and level designers taking full advantage of all the new options and opportunities available to them. 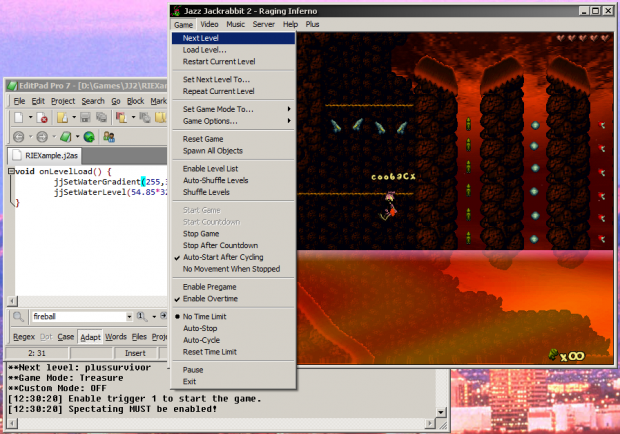 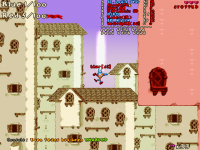 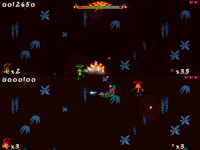 A small sample of some of the new features, bug fixes, and other changes introduced in this latest JJ2+ revision:

As ever, you can go to the JJ2+ home thread for further information and discussion, or check out the online readme for the full list of the latest changes. Thanks for your patience over the last two and a half years; keep on Jazzing!

Who would sell a great game like this anyway?

Keep it as a relic!

my friend is goingto be super happy

This is incredible... about time someone has picked up the gauntlet and made a real mod for JJ2. I just hope you'll add support for The Secret Files and some new enemies and bosses.

Hi, P.Rex, this reply is a little delayed, but hopefully you'll get notified about it somehow. :) JJ2+ does support The Secret Files and always has, and the focus right now is on making it more possible for level-makers to make their own enemies using the scripting language, although we did add a Butterfly enemy from unused data, and may do the same for a boss for the Psych/Wonderland levels at some point.