Yes, new build! But we'll get to that in a second -

- I've been down in a development hole working like a demon to get this game polished, feeling great, and worth your time to play. I'm finally coming up for air to show you all the shiny new progress that's been done, and I'm sorry it's taken me since January to do so - but here we go!

The mining prison is now teeming with characters you can interact with in the current build - their stories might continue on from here, or end tragically depending on how you handle these interactions. I also completely redesigned the dialogue font for better legibility while retaining the dark fantasy theme:

There is also a new KEYS section in the inventory to store mundane Iron Keys, Gold Keys, and unique quest keys and items:

The game FINALLY has a tutorial sequence with appropriate prompts (the prompts are purely optional and can be interacted whether you choose to or not) at the start of the game, leading up to the intro story bits:

There is now also a DEDICATED GRAB button for grabbing objects, pushing/pulling them, lifting and tossing them:

Tutorial prompts have been placed elsewhere in the game world where necessary, also:

The user interface elements have all gotten an overhaul (visually and mechanically) and now have mostly functioning mouse support! In addition, you can now fully remap either a gamepad, or mouse and keyboard to play EXACTLY how you want to play!

Swapping between gamepad input and keyboard input will also be reflected now across ALL prompts, user interface elements, and HUD elements:

You can now gain Essence Points from battle and spend them at designated restore points (or, for the lore junkies, "Essence Vessels"; artifacts left behind by ancient beings as they carved their way through the old world):

Spending Essence Points on your three primary stats (FAVOR is a liquid stat, which can also raise and lower depending on other actions) will increase your level, but also increase sub stats like knockback resistance and knockback power, dodge speed, allow you to equip more powerful gear, and lots of other things that we'll go over closer to release!

You can now sell and buy things! FINALLY!

As is included in the vendor system, you can also compare potential weapons, shields and armor stats against your currently equipped gear to see whether you will gain any increases (or decreases) in things like damage output, resistance, armor hit points, and whether you have enough MIGHT or RESOLVE to use a piece of equipment:

Here's an assortment of new (and redone) music tracks that have made it into the game! These are mostly done, but still need an eventual final pass for EQ-ing and mixing/mastering:

Go HERE and scroll to "New Music" to listen!

The game's main page has been updated with more information and story info! 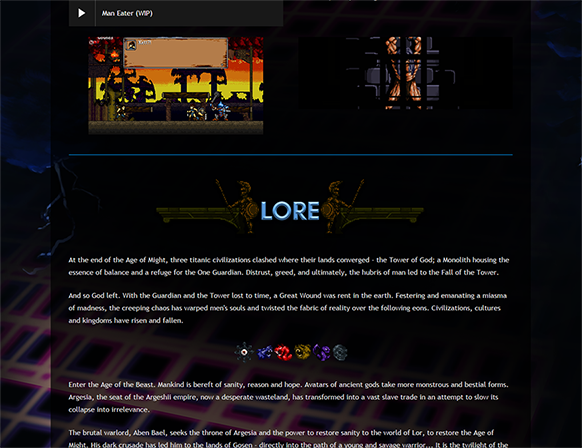 There are many other improvements, additions and bug fixes in the latest build - to many to go into detail over, so here are the patch notes!

I had the spur of the moment opportunity to bring the game to DreamHack in Austin over the weekend. 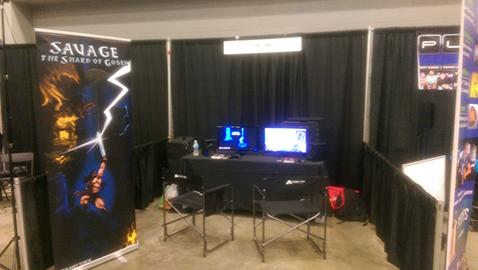 I was incredibly nervous and didn't quite know what to expect (and wasn't sure if we were going to make it), but the show went well! I got a LOT of good feedback, and PC Gamer came over and did a video interview and captured some game footage. Here are the videos if you fancy watching me be a sleep deprived idiot in front of a camera!

Here is the article featured on PC Gamer also.

If you already activated your Steam key, the new build should automatically update in your Steam client!

After this update, builds will also differ between what's available via Steam and the other live demo locations:

Anyway, thanks for checking out the update! That's all for now - more to come soon!

Why do people always give Zelda II such a hard time??? SMH Anyway, get interview dude! Savage is looking pretty epic so far!!! =)

lol, right?? Especially when it came out, it was a damn good game. And thanks!

No problem, and I meant "great interview" lol!