A new preview for the next edition of Clan Quest Mod is available, highlighting a prominent new Sabbat NPC.

The last few months have offered some unique challenges in terms of trying to balance the mod's development with the rest of my life, but I'm back now just in time for Halloween for a quick update on how things are coming. I've spent a lot of hours doing the more tedious work involved in the game's development but it may be time to turn my eye back to the creative aspects of the game's development. In the meantime, I offer you yet another look into the game's new characters. 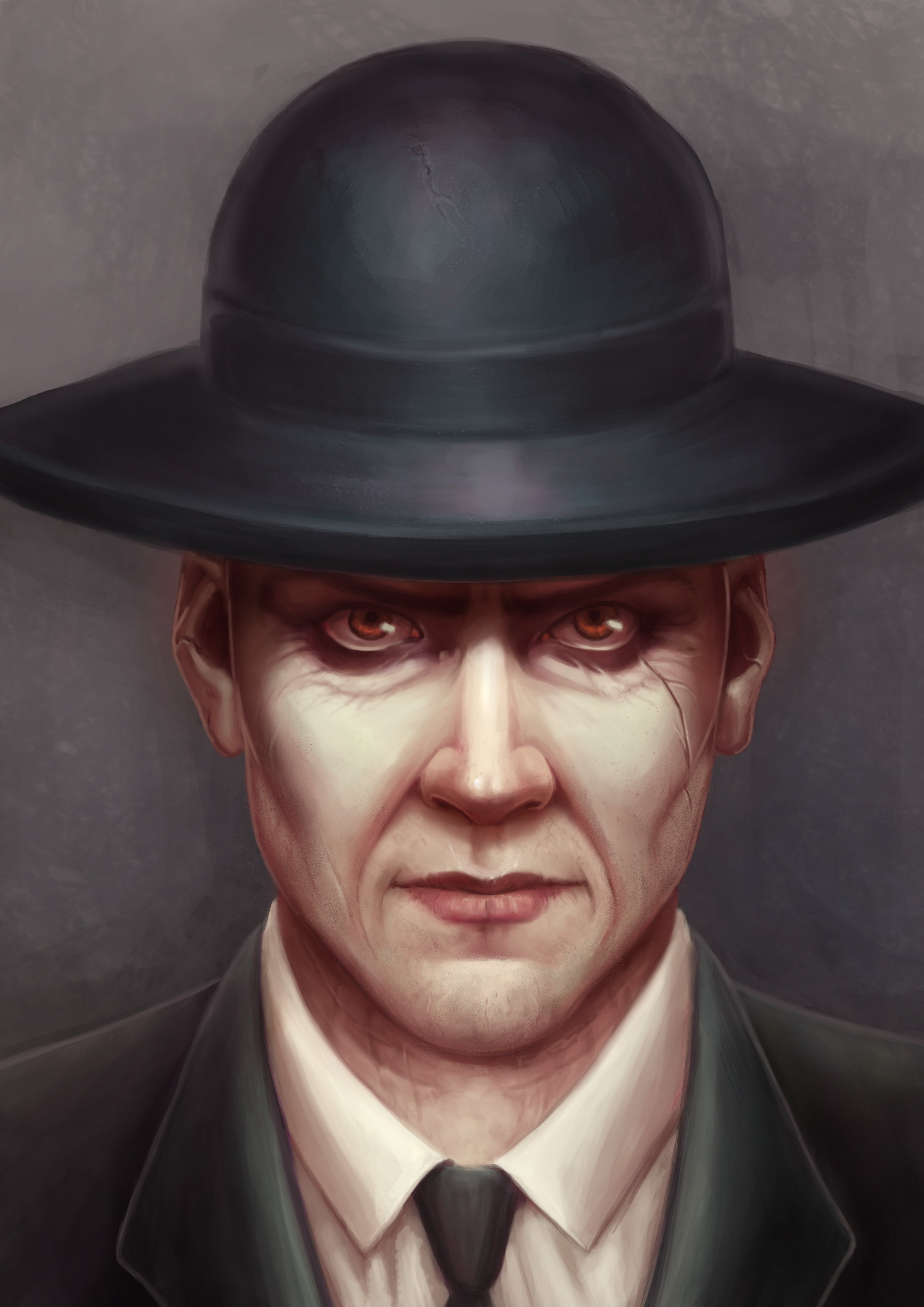 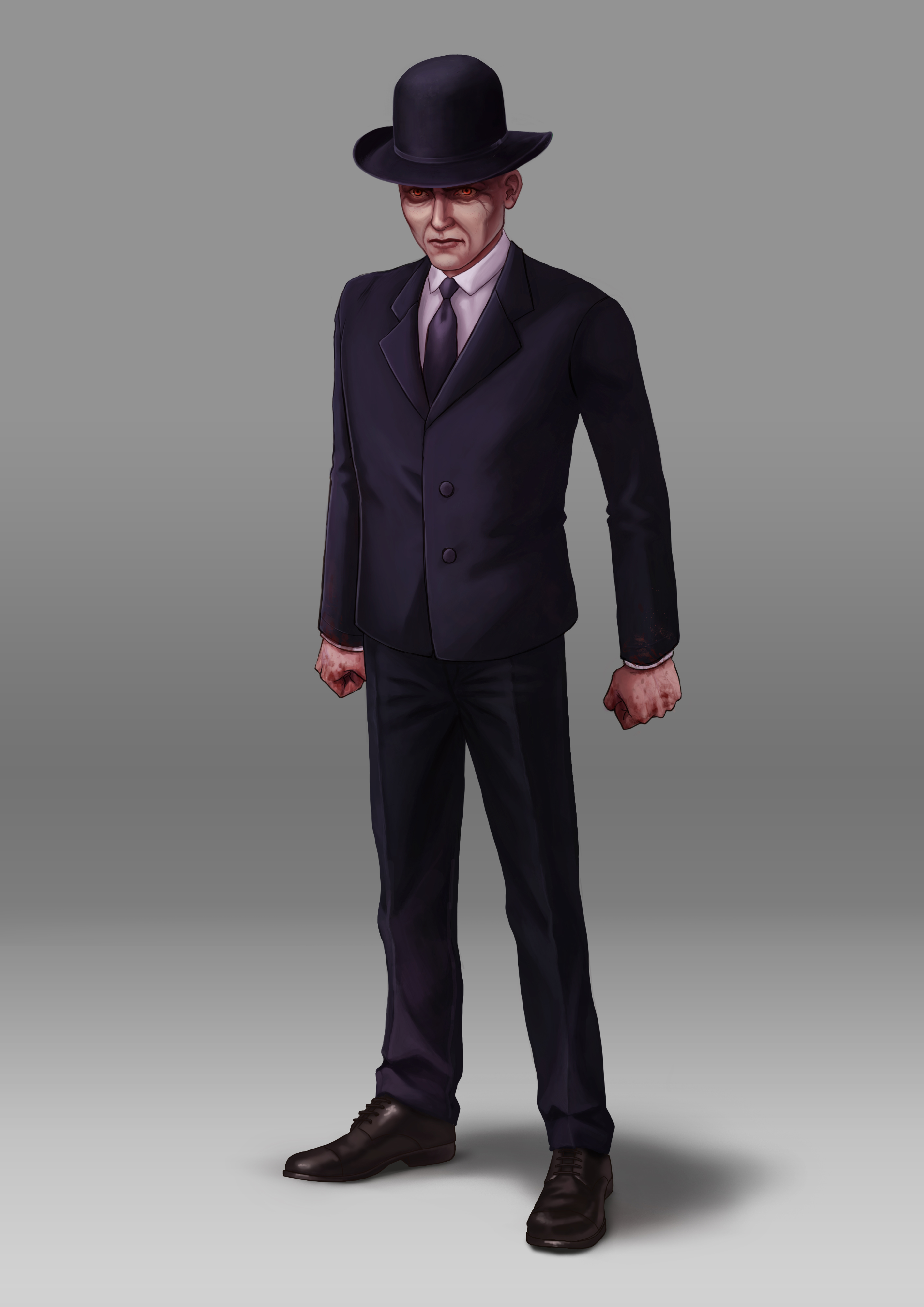 Quote: "This church, this hat - don’t mistake me for some foolhardy, hypocritical holy man, chasing after the wasted blood of some false prophet that never was. Titles and names are just empty, profane words that don’t mean a thing but to those so stupid, so null not to see the eminence of Hazel Tomes. Power, real power, needs no “words”, and it’s well past the hour for this broken world to see my grand vision."

Background: A ductus among the Sabbat packs of East LA, Hazel Tomes aspires for he and his twisted congregation to become something much greater. But how far will his lust for power take him and those that would stand by his side?

This aspect of the project has slowed down mostly because there's not much left to be done. I have built one new map, the den of a powerful Sabbat, which I'm particularly proud of, and styled it thematically.

This hasn't moved much at all but again, there's very little left to be done. Hazel's dialog was filled out before recording the lines, but otherwise there's been little progress.

Really nothing's happened here at all, other aspects of the project have taken most of my time.

This is where I've been spending most of my time. Extremely tedious work, but I'm happy to report that two more major characters and a couple of smaller roles have been recorded and animated completely.

Unfortunately, this hasn't budged at all. As far as I can tell, my past collaborators have gone on permanent hiatus. Therefore, I am appealing to any fans that have modelling experience and have interest in learning how to do it for Vampire, and to help with the project, to contact me by PM or email. Thanks! If I'm not able to get any help, then I think I'll have to try my own hand at it, but as you can see from the progress report, it would be a lot better if I could get help from someone.

So, there will be more news to come, which you can stay abreast of here on Moddb or by following me on Twitter. In the meantime you can watch my channel on YouTube where I occasionally drop some hints about what's to come in the next edition of the mod.

Finally, a huge thanks goes to Anchefanamon for her character concept art. Check out her Deviant Art page if you'd like to see more of her work.

Look at that! A HAT dude in game :D

If you have been capable to edit a model believe me, it's already a win. I still haven't figured out yet how do it.

Reskins is about as far as I can do model wise so I suspect not good for you. I think I've offered my voice before, I forget, this and that been keeping me busy. Good work so far, I'm rather excited to play this.

You should a small amount of reverb on voice

I am amazed at the amount of work you've put into this mod. When I had heard of a new Sabbat option, I had expected something similar to the possible ending to the Ventrue Clan Quest, not new maps or new voiced characters with concept art of their own.

Can I ask if there is going to be any new content for Ventrue players? Maybe a couple of unique lines or a Ventrue Antitribu character?

Thanks man! No specific plans for any Ventrue NPCs or content, but I agree it's a good idea -- the only Ventrue you meet in the game is LaCroix, and he's well ... you know =p

Freaking amazing, wish I had the time to assist with anything. Best of luck! Seeing the progress and how you're 'stuck' a bit, you must not have a rough ETA for 4.0, right? I would love to rock your mod in my Let's Play.

If you managed to release this patch during Christmas, it would definitely be the best gift ever. I know, I am setting my expectations really high...

Anyway, this is such an amazing work!! Keep on with it, please!

Great work with this character! He does seem a bit crazy though. I wonder if he made the mistake of draining a Malkavian.