A new installer is now available for easy setup of the Mod Loader and DC mods.

Get mods on ANY version of SADX with this simple installer! 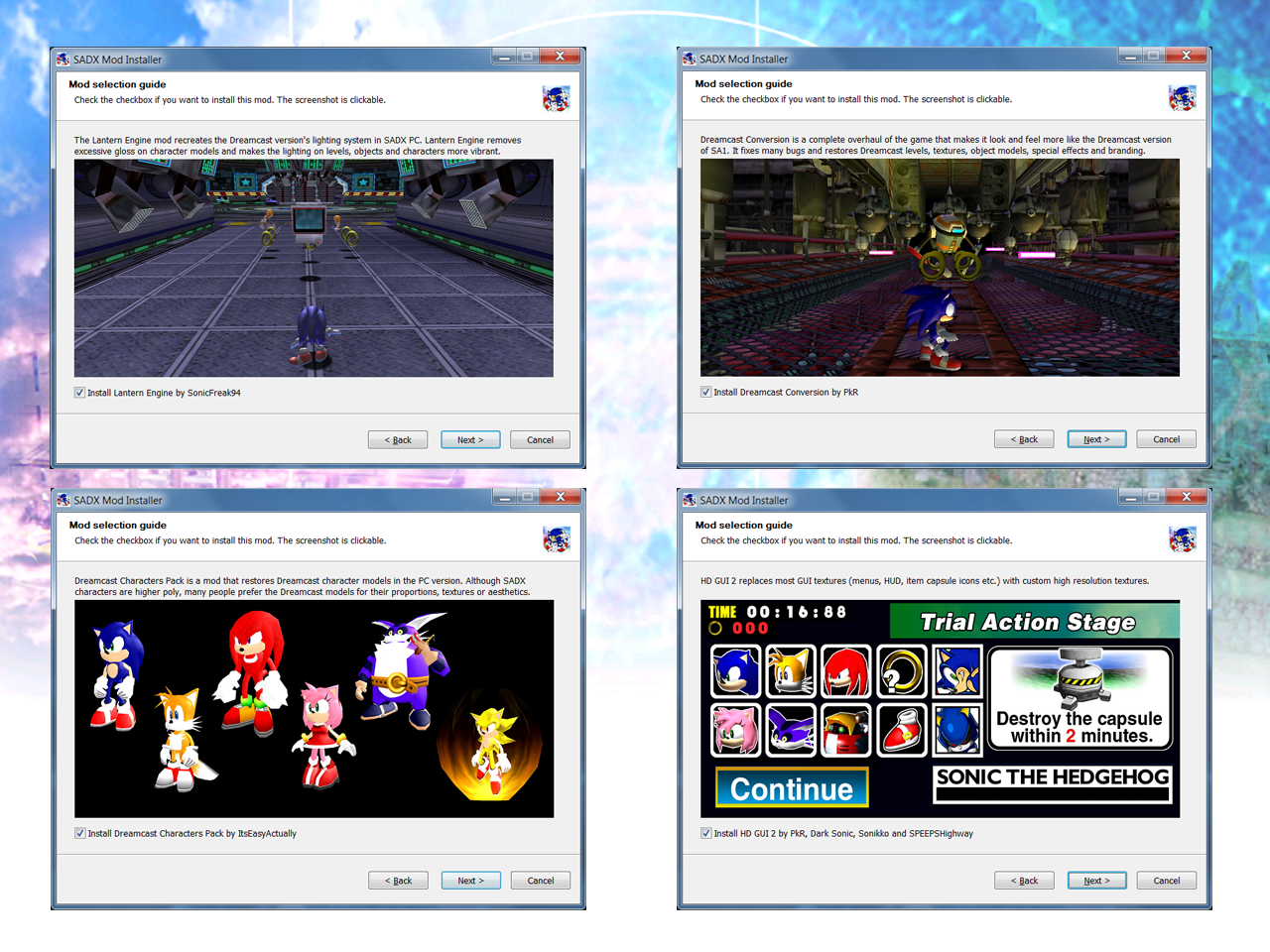 *The offline package is refreshed automatically every Sunday around midnight (UTC).

This is a setup program that installs the latest version of MainMemory's SADX Mod Loader and its dependencies, as well as Dreamcast Conversion and several other mods, which are sorted and configured automatically!

It includes an easy to use Guide Mode, which shows comparison screenshots to help you decide which mods to install. It can work online and offline, and it can even update itself whenever a new build is released.

The installer can also convert the Steam version of SADX into a fully functional 2004 port with mod support.

If you have any questions, comments or suggestions, please leave them on my Twitter, the summary page or on the issue tracker.

Using the installer helps in the following situations:

1) You've just bought SADX on Steam and want to set up SADX mods in the easiest way possible.

2) You're getting started with SADX mods but don't know how to set up the Mod Loader or which mods you want.

Here are some additional features of the installer:

If you want to leave a comment, please post on the mod's main page ("summary" tab) instead. It's easier for me to see comments on the main page because I don't get notifications for other pages.

Created a guide on installing this. :)

I love this installer