The introduction map for Overheid is taking shape. I've got a few work-in-progress pics available for your viewing pleasure, and some other small updates as well.


Visuals:
I'm still working out the time of day and the direction of the sun, as well as fog levels. This is going to be a pretty intense section of the intro, and I want it to feel the most tense. I'm not sure if oppressive fog or clear, bright morning sun is the better choice. 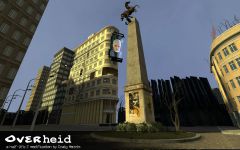 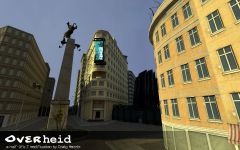 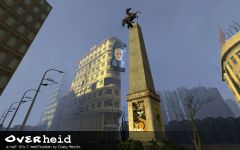 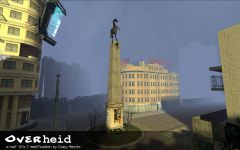 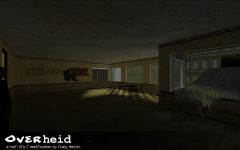 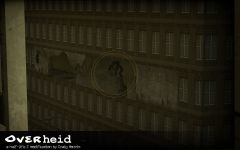 Voice Actors:
I got quite a few people offering their voice recording services for Overheid. First off: thanks for your offers. I really do appreciate all the offers for help. Right now, though, I still don't know if Overheid is going to need custom voice work. For one, if it does, the first guy I'm going to try is myself. I've never recorded audio for a game before, but I'm going to at least attempt it. If I'm terrible then I will look for help here.

Story:
I've spent quite a while fleshing out the story for Overheid lately. It takes place in the Half-Life 2 universe, stars an unknown character, and will hopefully flesh out the familiar Half-Life 2 story a bit more. I'm really hesitant to say anything about it right now, lest I spoil anything. But, I can say that it is a big story, with a lot of familiar players.

In fact, the story has gotten so large that I've started considering the entire Overheid mod I'd planned up until now to be Part 1 of 2 of Episode 1. The story has progressed well past where I had ever planned, and so, if I release Overheid Ep 1 Chapter 1 and people like it, I have plenty left to explore in Ep 1 chapter 2 and beyond.

But don't hold your breath on anything past this initial release right now. One thing at a time. ;)


Mapping:
The mapping is going well, but slowly ballooning out of control. Here is where I am on the mapping right now:
01 - Intro: Blocked out. Basically no scripting in place. Might need custom textures or models.
02 - Escape: Partially blocked out. Probably 20% scripted. Might end up splitting into two maps.
03 - Escape2: Not started. Might not be needed.
04 - Plant: Blocked completely out. Mostly scripted.
05 - Tunnels: Blocked mostly out. 50% scripted.
06 - River: Completed (available in the demo)
07 - River2: Completed (available in the demo)
08 - Switchyard*
09 - Freeway*
10* - Battle*
11* - End*
etc...

Custom Textures or Models:
I'm trying to build an old-style movie theater. Can anyone recommend anything for me? I figure some theater textures and models like signs or posters would be cool. Anyone know of anything I can just grab?

And if you haven't tried the demo yet, go for it! It's a lot of fun.

Looks great. Keep it up!

It looks really really good. I will play the demo now, i think it should be enjoyable.