Taking a look at the new pastoral-themed map, Dantooine: Farmland.

For whatever reason, most of the maps I've made for this mod have been predominantly a-natural in design. Of the maps that I've made myself (or done significant amounts of work on with another author), only Taris, Sullust, and Fest are terrain-based maps - and of those three, the first two were made prior to this project. In fact, as far as things done within the scope of this project, Dantooine is really the first map I've personally designed from the ground up using terrain. 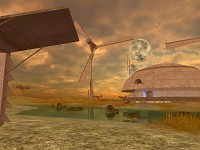 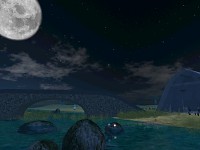 Using terrain is fun, and it's primarily fun because it's so easy (which is probably why I've used it sparingly so far). The dev time on an individual map can be cut down a lot, because creating terrain for SWBF2 is simply using height brushes on a 3D grid - which is much easier (or at least less time-consuming) than creating the entirety of the scenery in a 3D modeling program. It's also possible to use some of the accoutrement of ground maps - foliage and water - that are also easy ways to make a map look nice without a whole lot of work or time investment. 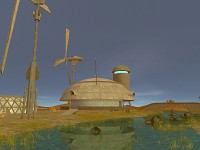 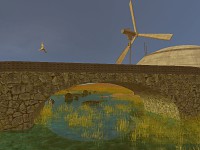 The setting with which most Star Wars video game fans will probably associate Dantooine with is Knights of the Old Republic, and I intentionally didn't try to replicate that setting here. One of my favorite things about working with Star Wars settings is that in the majority of cases, concept artwork is already done for you and readily available (thank you Wookieepedia!). There's a flip side to that, though - if something's already been portrayed a lot, there's a chance that it'll feel overdone - plus I'd be putting my work up directly against professionally-done video game design, and that's simply a foolish thing for me to do. To that end I did design Dantooine based off of preexisting visuals, but I by and large avoided any visual cues from KotOR (with the exception of the iconic blba trees). 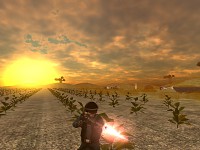 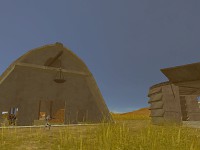 A good map to quell an insurrection on, with flamethrowers, and grenades, and other weapons that some would call "overkill" *cough*AT-AT*cough*

But in all seriousness, good work.