"That Rock Paper Scissor Game!" has a major update to share several new power ups and two new levels to do battle in!

Check out the trailer of "That Rock Paper Scissor Game!" 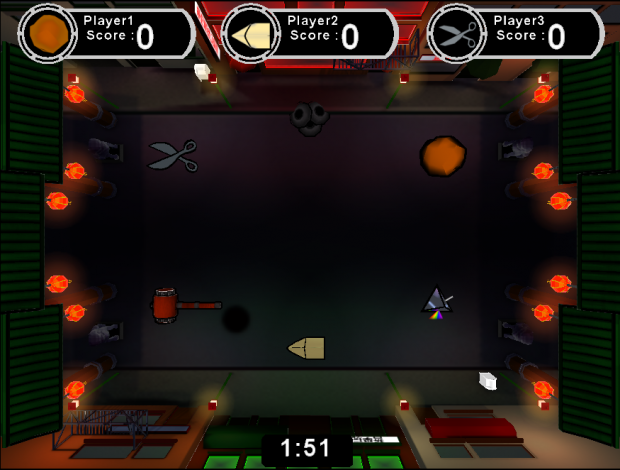 Test your reflexes in an epic match of Rock Paper Scissor in the streets of Chinatown! 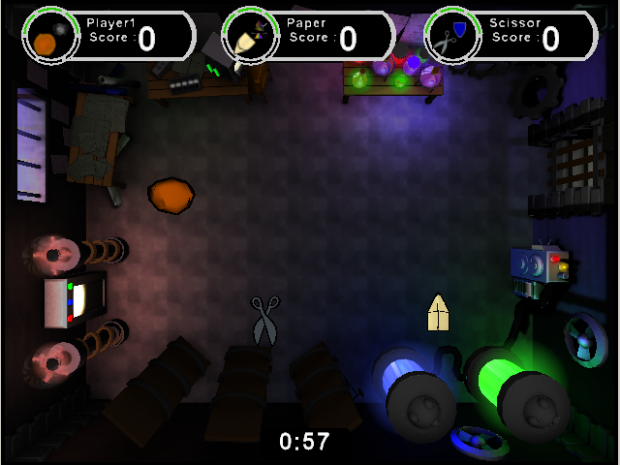 Engage in an battle of wits, choice between fight or flight to survive during a game of Rock Paper Scissor within the laboratory of a Mad Scientist!

Ever use a Hammer to win a match of Rock Paper Scissor in the streets of Chinatown? Well you can now in "That Rock Paper Scissor Game!". The shock wave of the Hammer can be used on to make either your predator or prey dizzy for a moment while you escape or move in for the kill! However, Smashing you prey directly with the Hammer Power Up will yield extra Power Up points!

Let your predator know "Ya cant touch this" with the Invincibility Power Up! This Blue shield will protect you from almost any attack outside of being Pick Pocketed of course!

Keep your friends close and your enemies closer...So you can pick pocket them both with the Pick Pocket Power Up! Get within arms reach of either player and steal their hard earn points for your gain!

The Lightening Power Up can really electrify a match of Rock Paper Scissor! Shock either your predator or prey for a few seconds on contact while you are amped up on Lightening!!! :)

Use the Copy Machine to print copies of your player to confuse your enemies! Copies will not harm your prey. However, players who manage to smash into their prey while their copies run around will gain extra power up points!!! :)

And to think there are more power ups in store so stay tuned and we will bring updates as they develop!