Following last week's cornucopia of new features, this week features a whole bunch of bug fixes, ranging from the major (memory leaks) to the very minor (confusion between /cstop and /cstart commands). Also new commands/settings, new AngelScript stuff, and a strength parameter for the "Slide" event.

New commands! New AngelScript tidbits! Lots of bug fixes! Oh, and the old Weapon Change patches, designed to prevent JJ2 from automatically switching your weapon every time you pick up a new ammo type, have been implemented into JJ2+, meaning fewer programs for you to run at once. Go download it here! 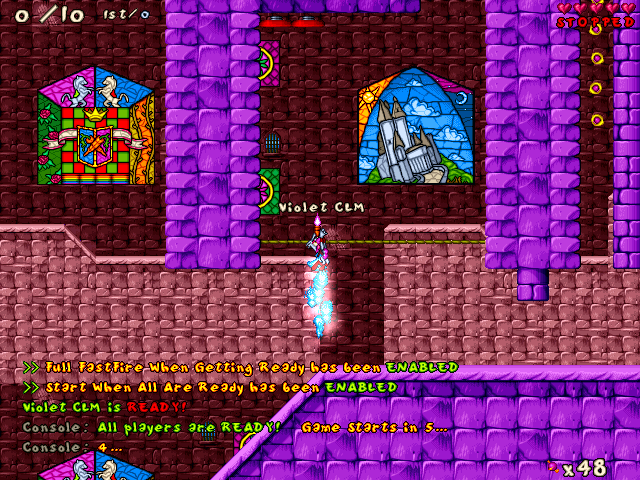 This is not intended to be an enormous, game-changing update like last week's. The main point of this release is to plug two memory leaks, one that was our fault (well, mostly mine) and one that existed from JJ2's beginning but became a lot more problematic when AngelScript started invoking it a lot. We also fixed several other bugs, added some new settings, and added a handful of global multiplayer-oriented properties to AngelScript, but the big news probably is the memory leak plugging. Or maybe not? You can find the full list of changes here, and then shout out in the comments below what you found most exciting.