The new Island Escape 2 update can now be played on Desura, and it includes sniper scopes and sounds!

Hello,
the new update is now live on Desura! This update includes sniper scopes which you can attach to certain weapons. Just go to a workbench with a sniper scope and an assault weapon or a pistol, and combine the weapon and scope. The update will also include new sounds. The car should now have a car engine sound and monsters should make some kind of monster sounds. 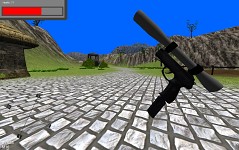 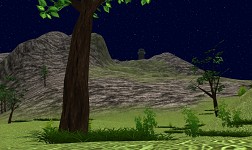 Here is the full changelog:
- Vertical recoil
- The cars will spawn with brakes on, so they won't roll away when you start the game anymore
- The cars have now a car engine sound
- Terrain settings are saved when you enter a dungeon
- The sound from fireplaces are now louder
- Enemies now make monster sounds
- Enemies will now spawn when you have an average level 5 or less
- The crafting window will now show the name, value and stocks of the ingredients and the products
- Can attach a sniper scope to certain weapons: P192, CMG, M16, J24. Sniper scopes can be bought from Gregor and Marg
- Many smaller changes and bug fixes

Try the new update and let me know what you think!
-LilleJohs