Lot's more detailed info about some of the game mechanics within infestation and more screen-shots of the first map.

I don't want to give too much info about the mod too early too fast as it's going to be alot of work and will take a long time to finish however I can still talk about what I want to achieve in the future - I really want to focus on the idea that everyone within the team of players should feel like they have an important roll to do within the team and should allways have a task they should be doing, Each of the 6 classes will have a very different feel to them and each has been designed with a certain roll to fill within the team.

As stated the game will be a top-down shooter like alien swarm however the in game camera will be the only thing recognisable at launch, Some people did complain about the camera of alien swarm however from a design perspective it does its job well and I don't see myself changing it much in the future, The maps have been designed with the players camera angle in mind and the set angle camera also allows for the creation of blind spots, This is not going to be a run and gun shooter where the players just run off and do there own thing. I'm going to be spending alot of time building the atmosphere and I actually want the players to feel like they are within a giant military complex overrun by aliens - they wont be able to just wonder of and the players will need to stick together and work as a team to survive.

I have lots of strange, yet fun (which is the most important thing) ideas I would like to try out for this mod and I would also like to directly involve the community with game development. Ive taken alot of inspiration from wc3 style custom maps which im sure some poeple here will have played - This mod will almost be my own take on "Notd Aftermath" within source, a very very fun wc3 mod.

I'm going to create a large open expansive world for players to explore while deciding where to go, what to do and what missions to complete. Typically a map will be broken up into a number zones and within each zone there will be "encounters" which will require the team to work together to finish and will be designed to be hard, players will die thus the re-spawn system comes into effect as non veteran players will need to have multiple attempts. When players die I don't want the game to simply end as all this would do is frustrate players, If players get bored or stuck with an encounter they can simply go and finish a different part of the map.

The encounters will also change depending on when the players decide to do them so each game experience will be unique allowing for lots of re-playability. Relating back to the above point, if players did get stuck on a certain zone and then choose to move on to a completely different section the encounter will have completely changed when they come back to it thus showing just how re-playable this game will be, I don't want to spoil any of the plot however the game world will completely change depending on how the players to go about the missions they have been set.

The game world will be absolutely gigantic, All the maps I create will be connected together and will link together to form a functioning world. 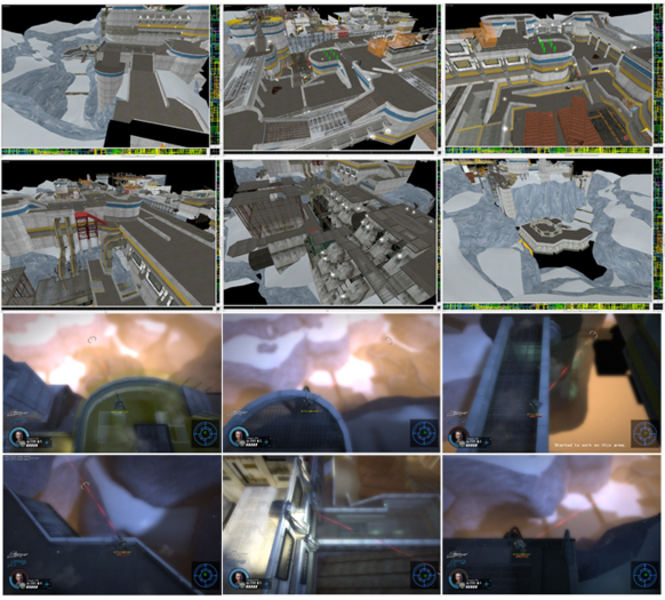 Unlocks will include weapons,items, vehicles and more. Unlocks can be earned in many ways - can rarely drop from bosses/mobs, earned from finishing very hard missions, random encounters or even found inmap. Unlocked items will be added to the players inventory of unlocked weapons and will then be able it use inmap by obtaining the required points from killing aliens and doing missions.

I'm being very experimental with this game but I think I have alot of good ideas which have not really been tried within industry, This game will have the level of detail of a single player experience while being a 6 player coop, nearly everything as a concept has been finished I just need to get people in to start helping are programmer with the coding side of the mod.

If you think you have something to add to this mod or even any questions send me a PM and I will get back to you.