Tales From the Galactopticon presents new gameplay screenshots, concept art, and other media.

We're back, and the biggest news is that we've completed our lead character, John Solomon:

We haven't posted any news updates in a while, but that doesn't mean we haven't been busy. Anyone who's been following us has seen a bunch of new works in progress. First, a couple of rough soundtrack pieces, by me: 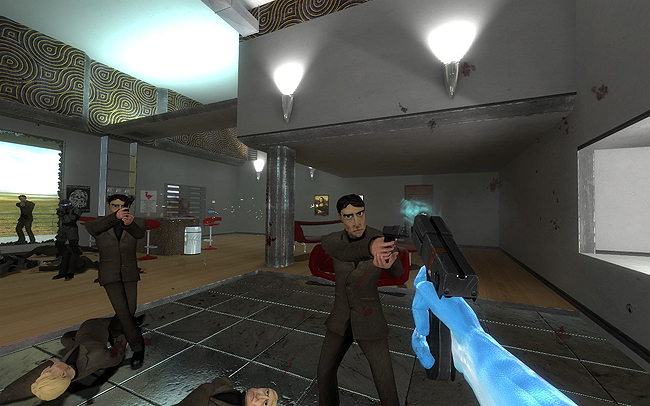 The first head for the mafia goons, made by Uberslug and me, is ingame. The Dr. Breen suits will eventually be reskinned into a few different and more tacky suits. 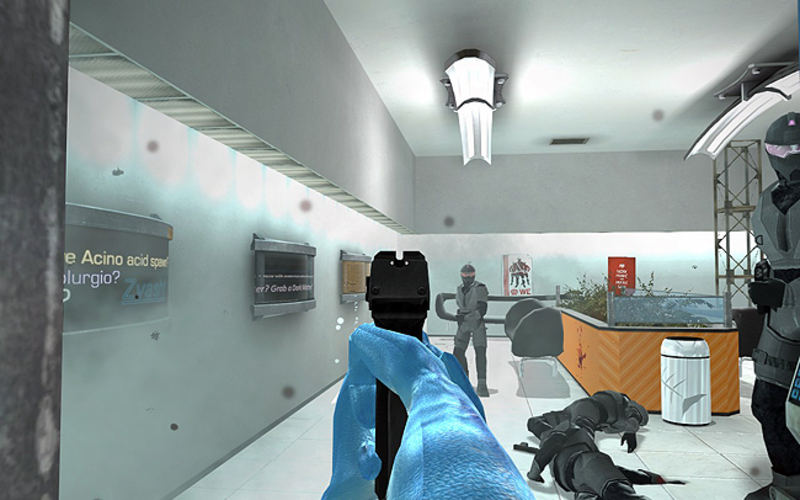 Ironsighting on the Space Glock, a mafia sidearm concepted by csp and modeled by Jaanus. 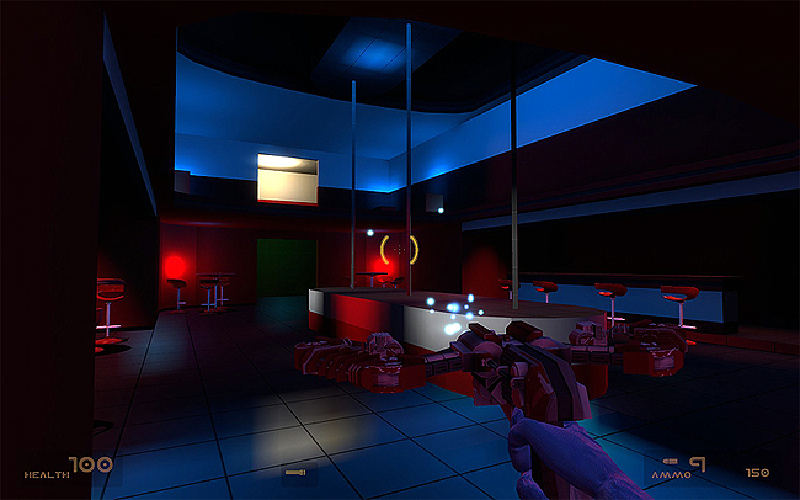 A preliminary version of the Bada Bang club, which is being reworked by our new mapper Mr. Chop. Also pictured: Jaanus's "Scorpion" lazor gun. 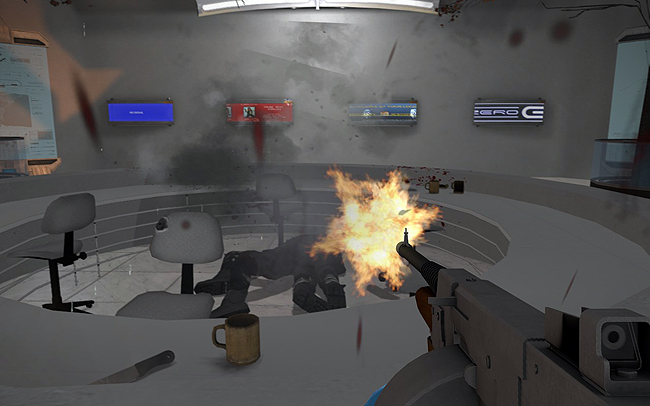 Another mafia weapon, the M1B Johnson submachine gun. Concepted by csp499 and modelled by PLing. The skin is unfinished. 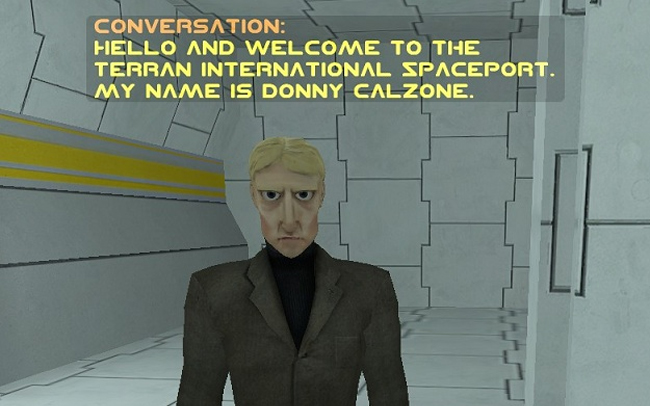 Finally, project leader Grismath presents the beginnings of an RPG-style conversation system. The final font should be marginally less tacky.


Our weapons & tech concept artist csp499 recorded himself playing the test level. Please note that there are a number of visual and gameplay glitches, as well as a bunch of Half-Life 2 icons and weapon models left over. These will be eventually fixed or replaced. Also, csp says some swear words, so you might want to turn it down if you're watching this at work or your mom is a Republican. 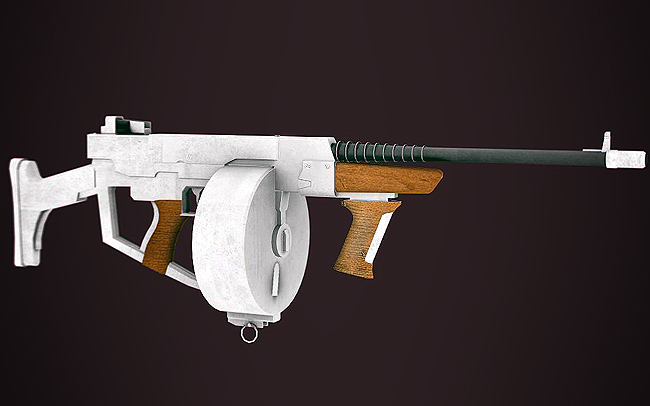 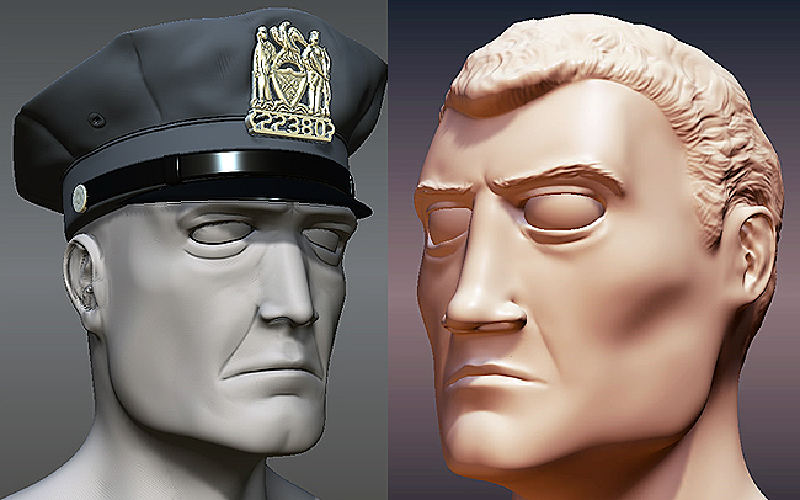 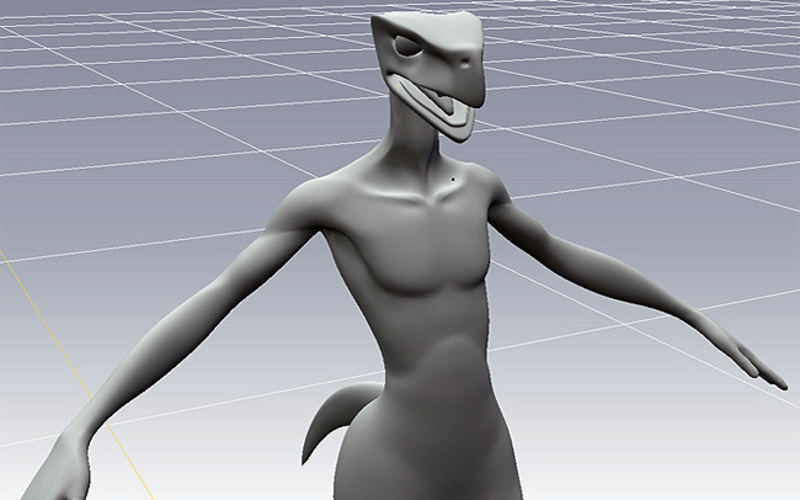 Fairly preliminary sculpt of one of John Solomon's alien crewmates.

And that's all for now. Make sure to watch us or follow us or whatever the heck you do here. We post new media all the time. 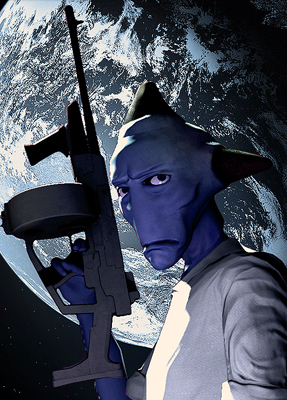 keep it up, lovin the svn :P

I played it today, and I must say, this is one of The BEST hl2 mods available. Lets hope they keep the SVN up. Ill be watching this mod progress.

Also, I want to mention that while I originally criticized the choice of adding ironsights, when I played through it, It felt very natural and fun. I just wish there were a melee attack similar to L4D now.

Good to hear, thanks for letting us know!

That video brightened up an otherwise winterly day. And it's Winter! o.O

Ah, keep up the good work! You surely present your mod a lot differently than others do. Way more interesting AND entertaining. Being a single player also is a plus, we all are sick of all those multiplayer mods. Well, at least I am.

I love multiplayer, but a big drawback is you have to have a pretty large player base to be able to play whenever you want, and when people can't find servers any buzz the mod has tends to dissipate quickly. Whereas with a single-player mod, anyone can download it and play it whenever they want.

I'm actually not sure why more people don't do single-player mods, actually.

I wonder that too. Back in the HL1 days, there was tons of single player mods.

Oh my god!
That has to be the coolest main character i've seen in a long time!

Kind of reminds me of Mass Effect for some reason : )

Mass Effect has been a major inspiration. :)

looks awesome guys and that poster is ******* slick

just great! :D always waited for a parody mod like this :)

looks really interesting! i LOVE your blue hero, and the render shots of him :)

definitely tracking! keep it up, guys ;)

they're not renders, they're in-engine shots with photoshopped backgrounds

Is your mom a republican?