2 New Buildings and some of the features added to create our first Alpha.

Welcome, This is Kyle Gordon, Co-Creator and lead asset designer of Loot Nubs, here to showcase some of the progress I've made this past week. This week, we of Dungeon Door Games have put our work together to create the first Alpha build of our game. This is the first step in starting the testing section of our project, we will provide more info on the subject later. For now, I'd like to talk about some of the new features that I have added for the build. Here we have the Loot Vault, this building increases the inventory size of the player, allowing them to open chests and carry more loot. The gold pile is seperate from the model so that the amount that each vault contains can be visually represented. 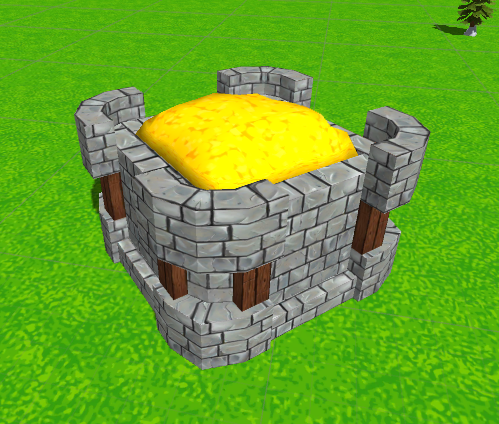 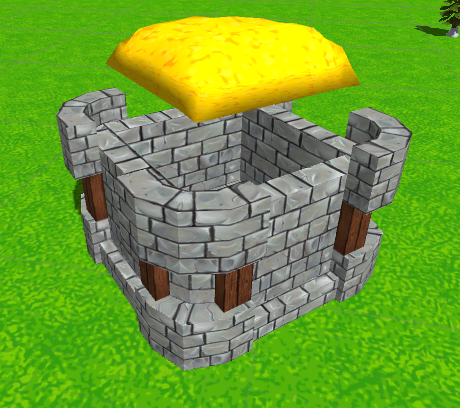 Next we have the Barracks, the Barracks are where the player can train Nubs in the art of hand to hand combat. Training them here will allow nubs to use helmets, shields and swords from the players loot. The Barbarian Nubs are essential in protecting your backline from the enemy. 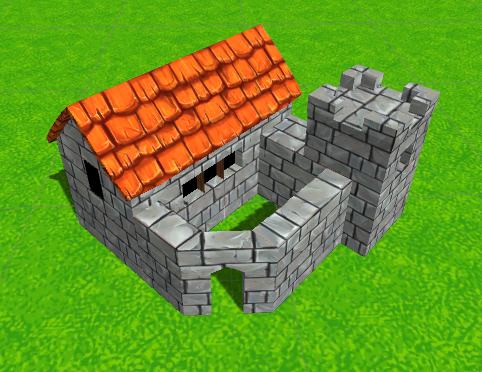 Now for the Combat system, last week I talked about how the system needed to be simplified due to time contraints. Well this week I talked to the guys and to our tutor and we decided on a system that could work and can be improved upon later down the line if needed.

Building upon what I had setup last week, The player can now engage in combat with the many roaming nub horde. How this works is very simple; when the groups collide, the hostile nubs count up their total damage pool and apply it to the player's nubs one by one until either the player runs out of nubs or the damage pool is empty. Then the reverse is done with each attack occuring at the same time, this continue's each second until either group runs out of nubs or until the player runs away. Defeating a nub mob awards the player with a Loot chest which can be opened when they return to town.

Some extra information, Nubs are actually attacked in order based on what nubtype they are. The order goes Brutes > Unclassed > Warrior > Wizard > Archer. When an Nub is attacked the amount of damage taken is reduced equal to the defense stat of that nub, soldiers having the highest defense means that they can soak up a lot of damage before it reaches the other nubs. 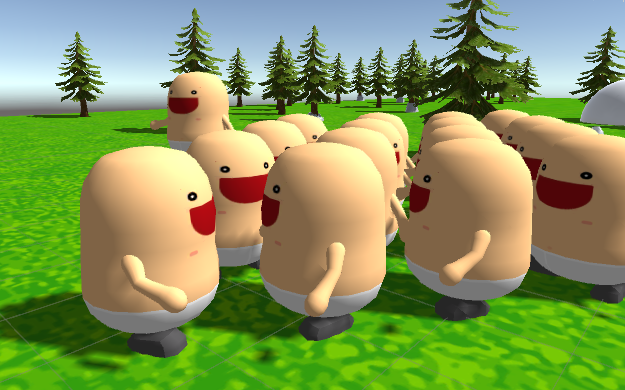 Along with the combat system, mobs have also changed. Mobs now roam around without a leader, similarly to the Player's nubs, and larger and more powerful nubs, known as Elite Nubs, can be found roaming around as well. The Elite Nubs are a form of mobs similar to many MMORPG games like World of Warcraft, These Nubs pose a much greater challenge but can reward the player with even greater loot. The next step for me is to improve upon the system put in place, at the moment the game is far too imbalanced with nubs being either too powerful or too weak. So I plan on developing on the player progression system so that the mobs can scale with the players power level so that they atleast stand a chance.