Short summary about Spartans and introducing one of the new faction.

In the screenshot section you may have seen the Spartans Faction.
They are based on The Ancient Greek, so I don't really have to summerise about the faction.
Since there were Dinosaurs in Yuri's revenge why not Ancient civilisation.
Well it is a fun faction to use.

Spartans has increadibly lots of infantry variety.
Eg. Archers, Spartans Swordsman...
Though it has only a few vehicles which is the catapult and ballista.
Their buildings have their own buildup.
It also consist of one hero unit.
Its market provide fund in this game.
Its harvesting system is yet to be made fix and improved.

The History Of Red Dawn:
The rise of the red dawn is yet unknown but it was discovered after the second tiberium war.
It was said,
A group called the Forgotten which was formed during the tiberium wars. The Forgotten are a loose-knit faction of people whose exposure to Tiberium radiation has begun to result in severe genetic mutations, either by freak accident or through the Brotherhood of Nod's eugenics programs. The Forgotten are commonly known as "Mutants" or "Shiners", the latter being a reference to the Tiberium crystals that grow on and through their bodies. As the tiberium wars goes on in infested regions and due to their being shunned and despised by the majority of humanity, they split into two groups.

One group believe that tiberium that mutate them was a curse. They stand together and to fight for their survival. The Forgotten. As a result The Forgotten are often shown being cautiously non-belligerent to the Global Defense Initiative, and even became actively involved in the Second Tiberium War at the side of GDI as loose allies to the organization. In Firestorm they were revealed to have struck a genuine alliance with the GDI in order to aid them in their efforts to stop the global spread of Tiberium.

The other group believe that it was a gift and follows the lead of Kane as a new subfaction of NOD, The Red Dawn. This was due to being influence by the leadership of Kane during the second tiberium war in the infested area where NOD present.
Though they have suffered and even died due to the tiberium they still worship the leader of NOD for this upbringing, KANE!

Kane Lives!
Tiberium Is the Answer. 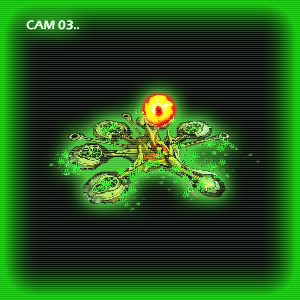 The Goal Of Red Dawn:
To show the world that the Tiberium is the Future and Evolution for Mankind.
For those who disobey will pay.

The Leader Of Red Dawn:

Note this are just a made up facts...
The Forgotten Source:
En.wikipedia.org