Today, we wanted to show you some enemies we've been working on for Pankapu Episode 2!

Hello everyone! We hope everything’s great for you! Episode 2 is coming along well! And today, we have some news about some new enemies that you’ll meet along the way in the new Episode!
But firstly, we have some special information about the Wii U/Switch.
As we said previously, instead of Wii U, we’re aiming for a Switch version, we can hence confirm we’ll release Pankapu on Switch. Those who don’t want a Switch version can send us a mail and change platform!

Now, let’s hop back in the Omnia Express, and we’re good to go! To show you how we create the enemies, we thought it’d be cool for you guys to have a look at some enemies we’ve been working on for Episode 2! We have many new foes to introduce today, so let’s not waste time!

First stop: the Diva. Gorgeous and deadly. Have you ever seen a nightmare who's always wanted to shine on stage? 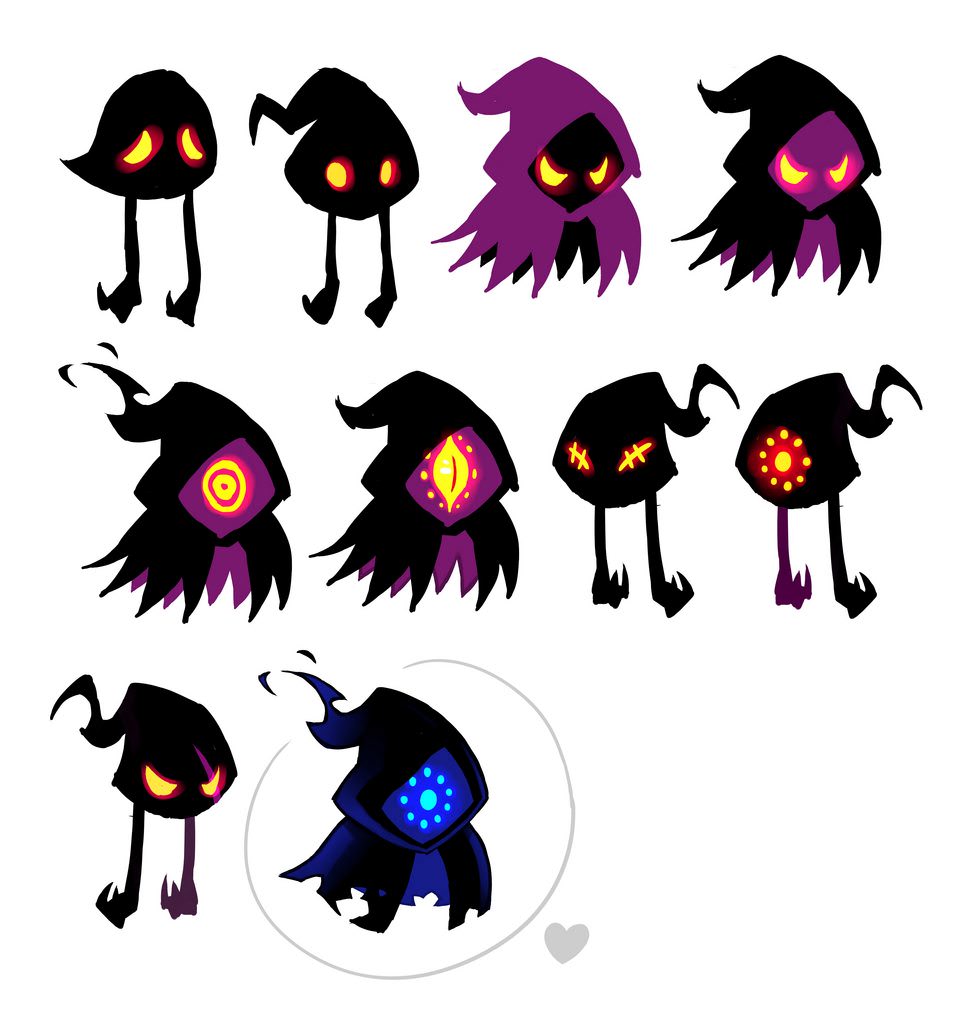 Hey, do you remember Boo from Mario or the specters from Zelda? Here is ours, slightly different, less shy and he won't stop even if you look at him.
By the way, if he touches you, he’ll steal your Aegis and turn into your evil Doppelgänger... You've been warned!!! 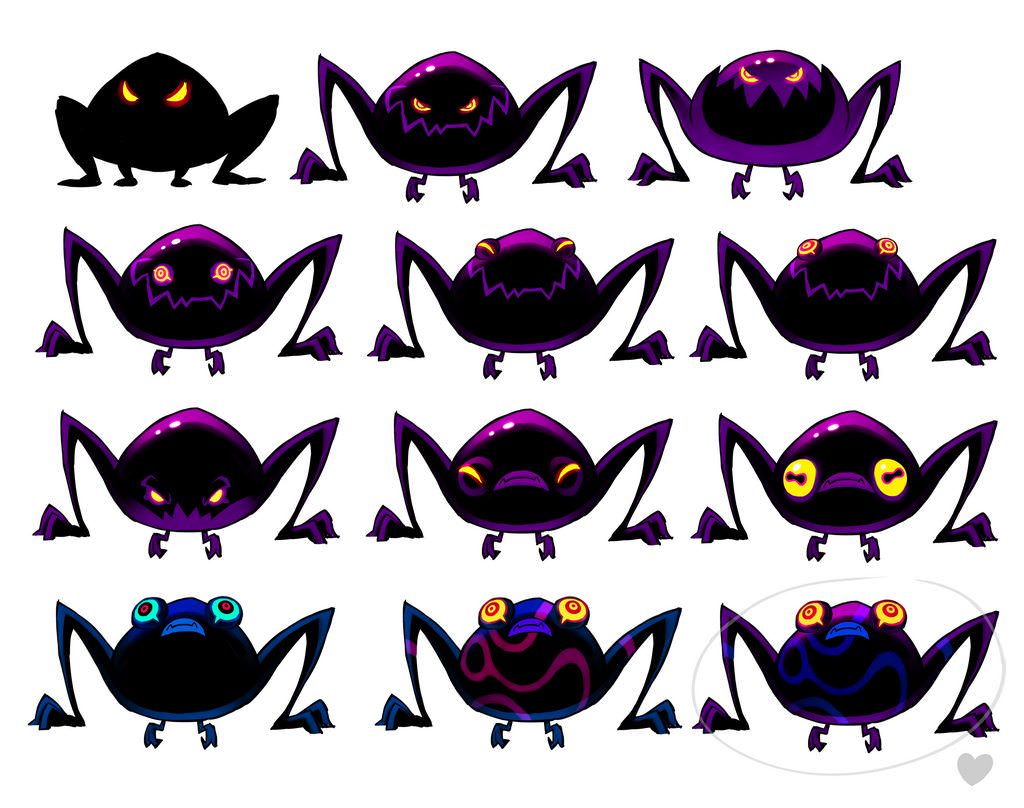 The Frog, one of our favorites! How could you hurt this cute small batrachian? Problem is, it will stomp on you and create shockwaves! 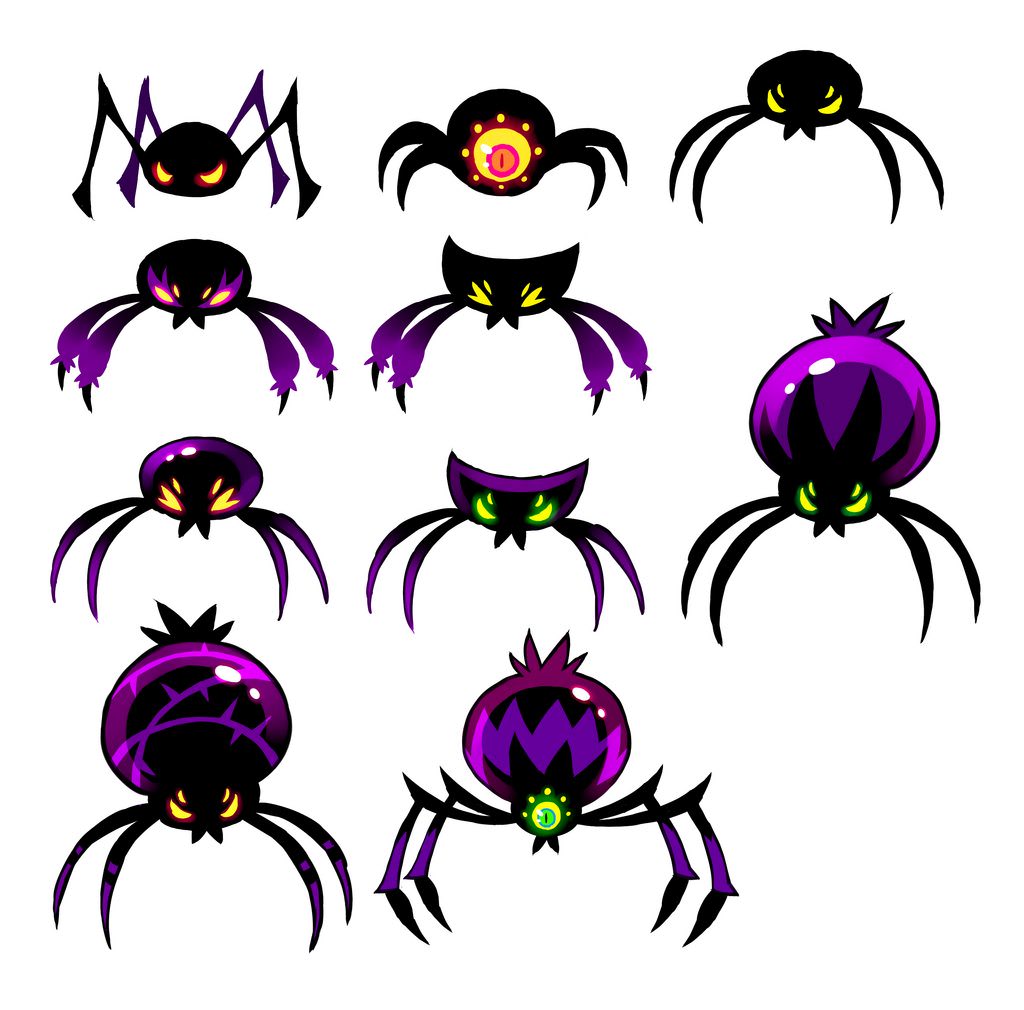 Here’s a small behind-the-scenes secret. To tell you the truth, at first, we had made some designs for a “spider enemy”, but then we chose to go with a frog. Still, we wanted to show you those spiders!
Maybe we’ll keep them for a future game? ;) 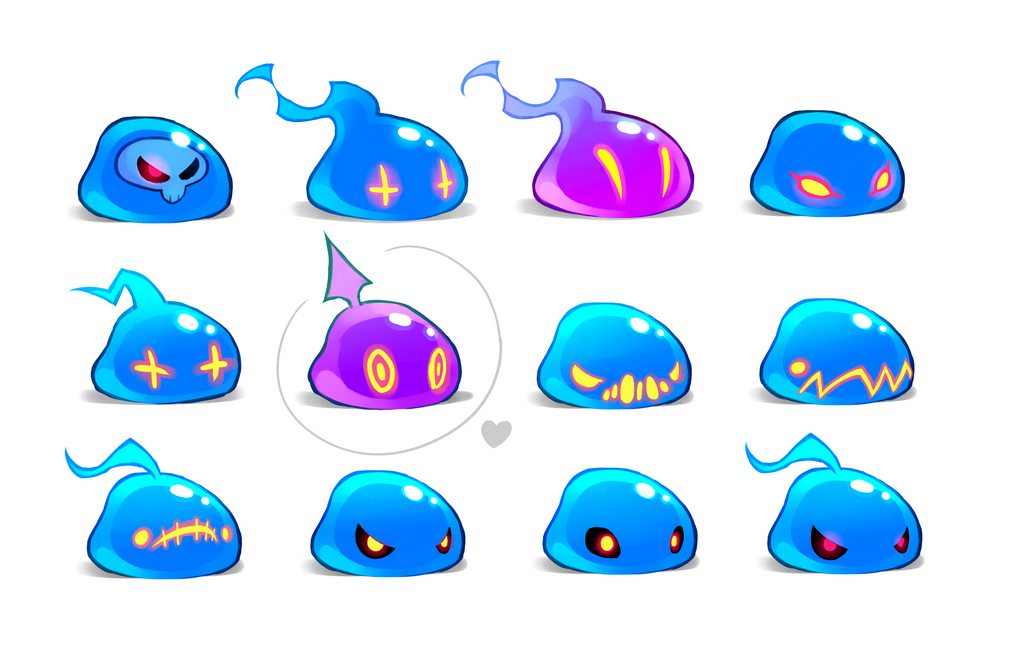 Wondering where the Gelaths are? Here are the new ones: the ... Jawlaths!
Those adorable-looking monsters may seem small at first glance, but they can bite and eat those much bigger than them.

And they don’t come alone; they’ll attack you as hordes. Imagine a group of them walking like that: 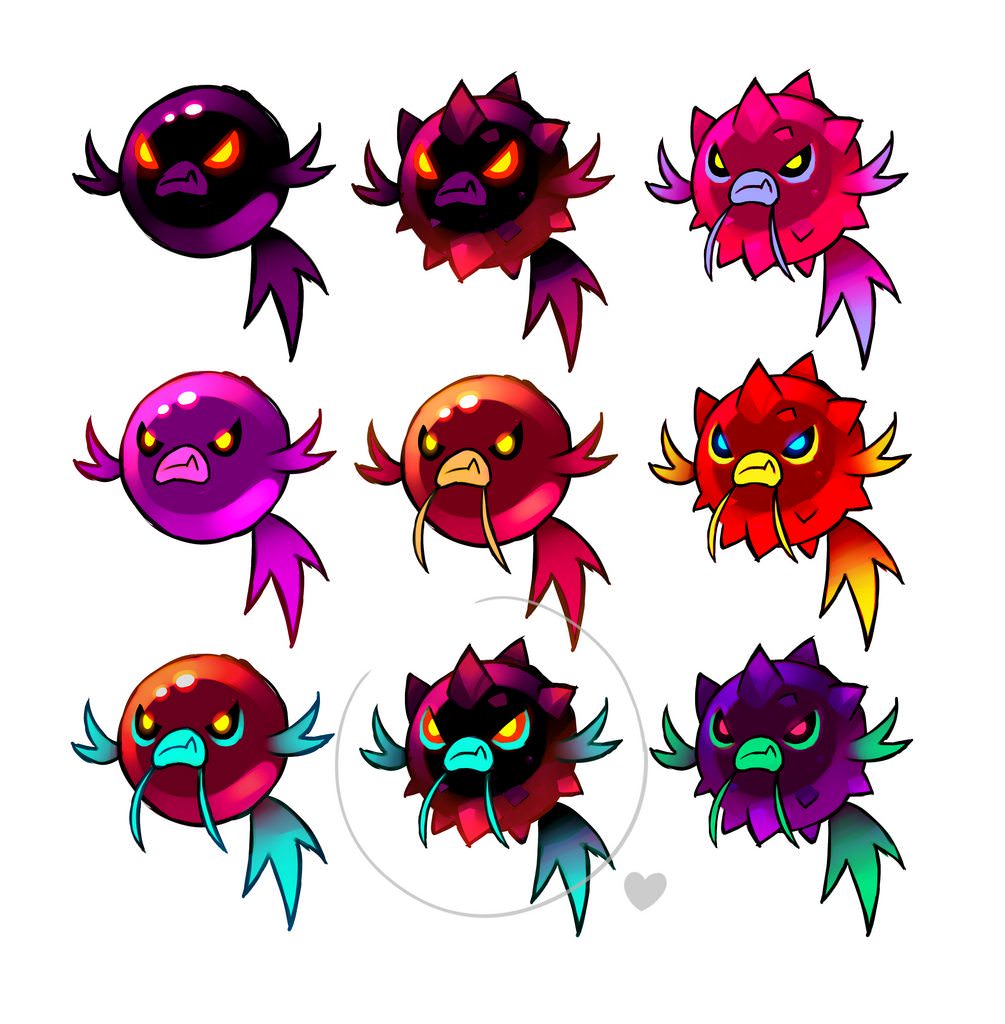 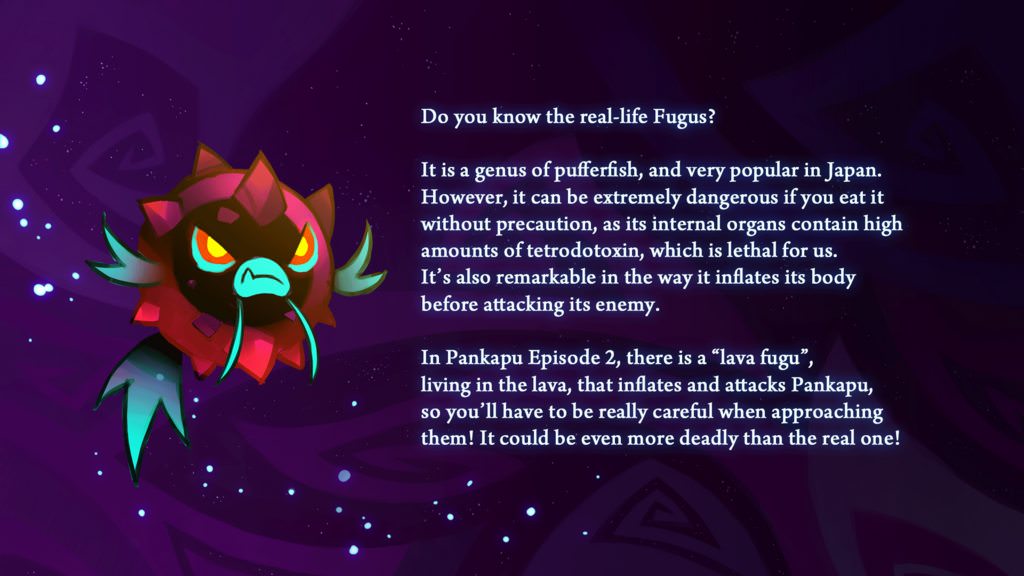 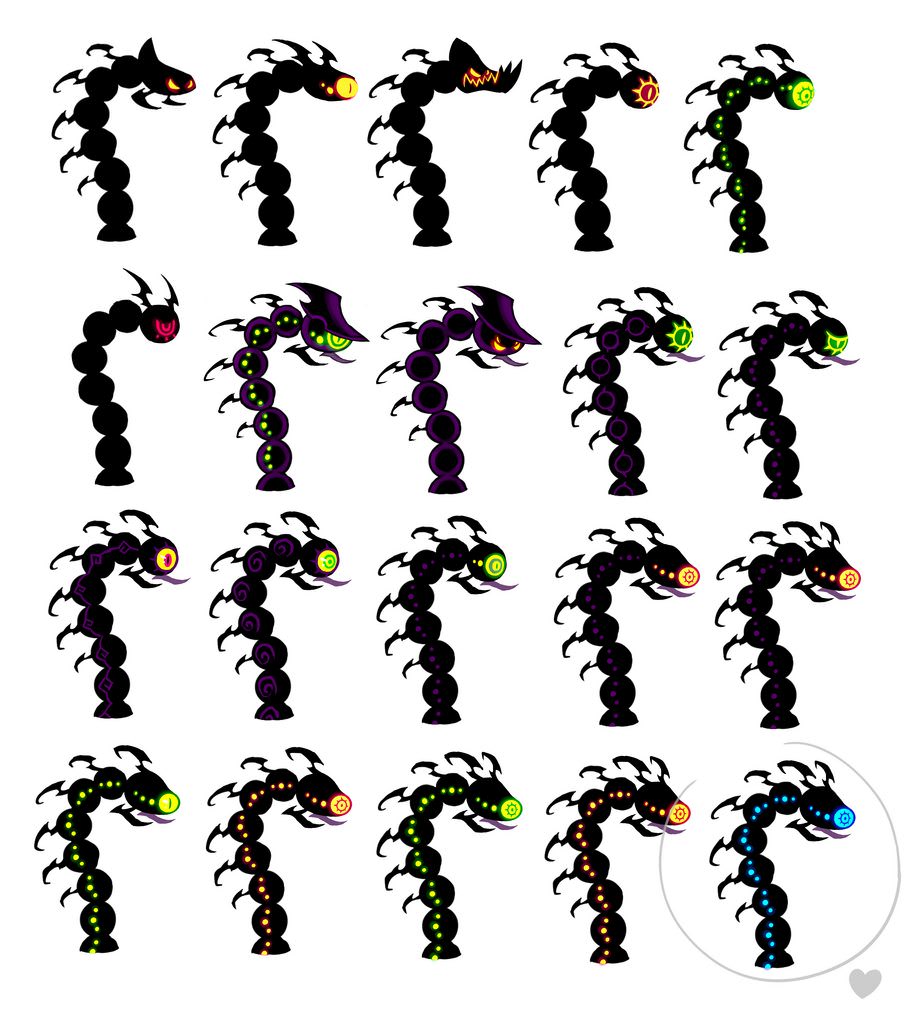 During your journey to Itopia, you’re going to come across quicksand! In it, hidden in the shadows, there will be “sandworms”. Those Shai-Hulud straight from Frank Herbert’s Dune will be waiting for you!

Oh, and about its attack, if you want to know the inspiration, we’ll just tell you that our animator has spent too much time on Street Fighter recently.

And that’s all for today!!
Are you looking forward to meeting all those new foes?
No matter how cute or scary, or how big or small they can be, they were given only one task: to keep you from moving forward in your quest! So get ready for Pankapu Episode 2!
We love you!
All the Too Kind Studio Team

I think you should use more of those designs! Maybe as alternate skins. Like each one is a 50/50 chance of being one skin or the other (or whatever chance for X amount of skins)

Thanks for your advice! :) But it's quite unlikely we'll have the time to create new animations for them, but we'll see :)

It's just all of them really good, I hate to see the designs go to waste.

Thanks ! We also like them a lot, but they're research designs, we eventually had to choose one unfortunately :)

At least the Jawlaths could have all of that different glowing faces. It wouldn't change the silhouette.
And those adorable little globs could become some kind of signature enemies.

Too Kind Studio Developer with 3 members