Hi everyone, this is WilsonC again with this month's progress update. 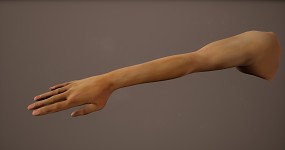 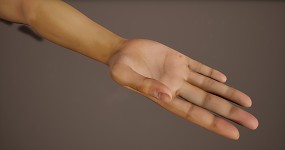 I've mentioned an upcoming demo a couple of times, and it's getting there. Unfortunately it'll be postponed to sometime in November, not September as I originally announced. Originally it was intended to be a prototype-like demo (like the February one), but now I'm aiming for a much higher standard, especially with the visuals.

There's going to be lots of interesting content and it'll be worth the wait. Meanwhile, here's some shootouts in the upcoming demo (greybox maps so there's not much art, and the AI goal system is being rewritten at the moment so the soldiers might seem a bit suicidal)

The player and NPCs are also capable of using grenades now, but the AI's grenade throwing is still WIP. 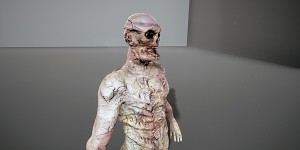 I know what you're thinking and it's not what it looks like. It's not the Z word. They're a scary, intelligent and unpredictable new enemy. They're much like the humans in that they'll use teamwork and tactics to take you down, but they're much more vicious and very deceptive. Here's a video of them in combat (animations and sounds are WIP):

Just because they don't use guns doesn't mean they'll bum rush you or have superhuman handicaps (they have slightly more health than human characters, but that's about it). They're an interesting and scary enemy, and more information and background on them will come soon.

While it's not a driving game, the new urban environments have lots of parked cars. There's some minor destruction (cars will NOT explode, because it's annoying when the cover you're using suddenly hurts you), and the destruction system will be reused to add more destructible props in the maps.

It might seem strange that an FPS game with no vehicles is putting so much detail into static parked cars. The reason is that most people interact with cars on a daily basis, and if they look bad or weird it really stands out.

You've probably already noticed new gunshot sounds in the videos above. Not only are there beefier new gun sounds, they also use a new reverb system that takes into account the gun's surroundings, so gunfire in a warehouse will sound much different than in a forest.

This video demonstrates how gunfire sounds in various environments:

Moving to 100% real time lighting, we have to find a solution to global illumination (the effect of lights bouncing off surfaces). The problem is that even in 2017 it's not feasible for most computers to simulate this effect in real time, so even games like GTA 5 or The Witcher 3 have to fake it in some way.

This is important gameplay wise as well because the demo map features lots of indoor environments lit only by natural lighting (windows and doorways to the outside). So it's important to fake this effect, or the indoor environments will become pitch black. Here's a video of the effect in action, simulating light reflecting from the entrance, and diffusing into the room and keeping it from becoming pitch black.

That's it for this month's update folks. Subscribe here or on Youtube for updates and news on the demo coming in November!

Thanks :) Just wait until it has proper sounds and animations!