Again we have lots of content for you! So enjoy a new Update with Renders for everyone!

While the Forgotten Honor Campaign (You can still sign-up there!) is still running very successfully and has reached half- time, the Battlefield 1918 Dev- Team was not idle. Today we present you some of the new stuff that will make its way in the upcoming version 3.1: 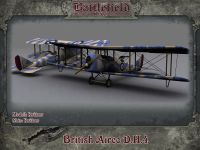 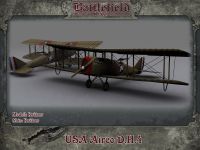 First of all you can see the light bomber Airco DH 4 that was used by British and American Forces during the great war. Created some years ago, our new Member Krätzer has made two very beuautiful Skins for both versions. In total, 1880 planes had been manufactured during the war. With it's speed of 170 kpH, german fighters had difficulties to follow this plane designed by Geoffrey de Havilland. 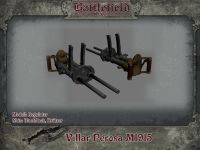 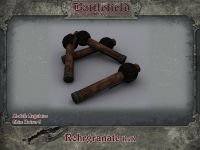 The Villar- Perosa M 1915 was the first Machinepistol of the World, named after the town it was built in. In the beginning not very successful in the defense, it was later used in attacks in the mountain war very effectively. Some soldiers experimented with mounting it on a harness carrier or to the handlebars of a bicycle (called Bersaglieri Ciclisti), but this was impractical.

On the other side, the Austrian Forces are equipped with the "Rohrgranate" 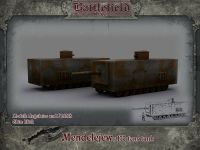 We show you also two cars: First, the Minerva is a belgian armoured vehicle. After the war in the western front went in the Trenches, some cars were shipped to Russia where they werde used against the Central Powers. In Battlefield 1918, you will find them in the plains of the Eastern Front.

BF 1918 goes Secret Weapons: The Mendelejews Tank was not really built, but the concept was so impressive that we decided to bring it to the mod- with its 170 tons, this tank is hard to take out and will be the Czar of the Battlefield.

You find big images in the image gallery or just klick the small images!

please assist No Man's Land mod for BF2. We need models and statics and such already present in BF1918/2. Credit will be given.
Fhpubforum.warumdarum.de