Now all the world is accessible for the player, including the Glacier of Geldra, the Desolation Desert of Pernitia and the Lake of Fire in Vilak. Also, the four temples of the Elementals Xulnari can be played now.

The four colossal Titans known as the Sons of the Elemental Xulnari, have their lair in the most remote places of Xulima. Finding them is just impossible for the mortals, unless you can count on some divine help... For those lucky players that find them, enjoy interacting with those powerful Demigods that have not met a mortal ever.

Now all the world is accessible for the player, including the Glacier of Geldra, the Desolation Desert of Pernitia and the Lake of Fire in Vilak. Also, the four temples of the Elementals Xulnari can be played now. In some of them, you will find new monsters as "The Nightmare" which is one of the most powerful enemies you will find.

We have unlocked about 15-20 hours more of gameplay. Indeed, 99.9% of the full game is now playable. Everything except the very end, that includes the Final Boss and the awesome End Cinematic that lasts 8 minutes, at which only a dozen lucky people have had the chance to watch it. We will reserve the climax of this epic story for the official release of Lords of Xulima in November. While you can speculate about the end, what will happen with Xulima and the rest of the world?... 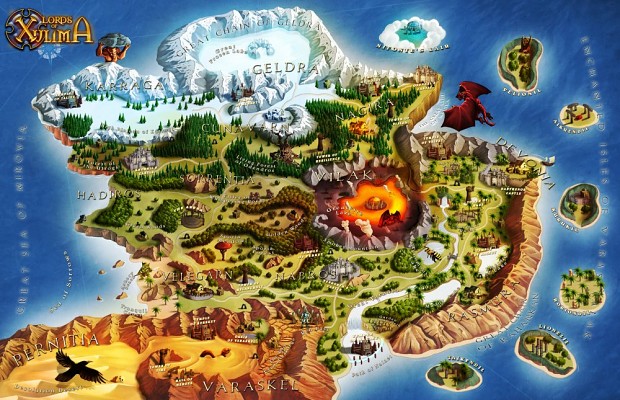 Many fans of LoX have requested this new difficulty mode. The Ironman mode has the same rules as the Hardcore mode, but you can only save the game when you are safe in the towns. So yes, this mode can be a real nightmare, such a challenge that perhaps nobody can ever finish it. For those heroics players we have created a new special achievement and the final score is now re-scaled as the Ironman mode grants a score, 300% more than in normal mode. We have added new monsters for the final rank, which now has 100 different positions.

Which will be yours? 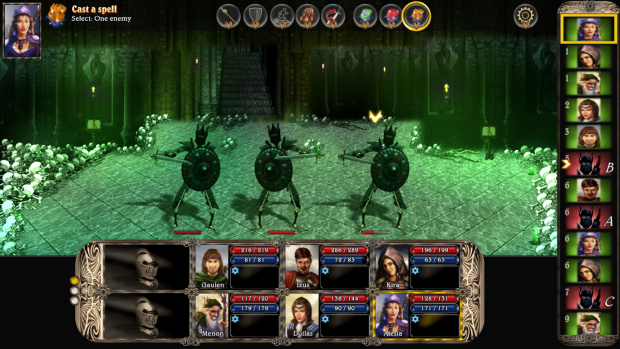 New Feature: Write your own notes on the Maps!

Another feature requested by the fans is writing their own notes on the maps. Finally, it has been implemented. It was a little hard to add, but we love that feature too. Also, these custom notes can be consulted directly in the Journal with the rest of auto-notes that the game records for you. Hope you enjoy it!

Next Update: The next update will have finally the Talisman of Golot we promised in Kickstarter, the French translation and perhaps the German one too. See you soon!