Warp Wiz will be receiving a new character in the next update - a golden gorilla.

We've got a new character coming to Warp Wiz and we're pretty excited. I mean, what kind of Wiz are you if you can't morph into an over-sized golden gorilla? If you think this character looks familiar, you're probably right. He can be found in our new puzzle game released just this week Search for the Golden Gorilla. Get it now for free on Android and iOS. 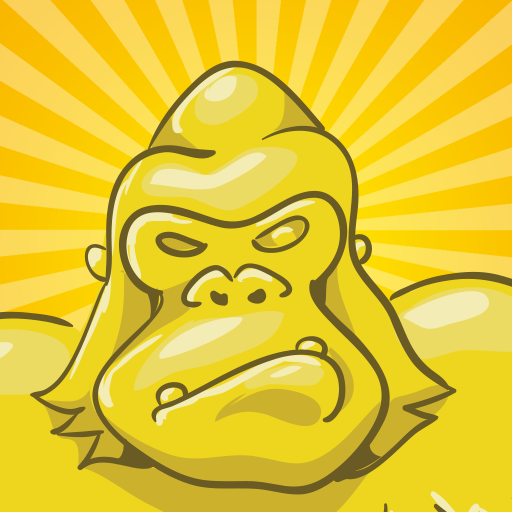 Don't think you'll have enough gems saved up by the next Warp Wiz update? Well I suggest you start now! Players have had more success with characters like Pinkie, Mad Marcy, Pollutia and Demonwing. Maybe you'll find them to be more powerful too! And don't forget, you can always get Warlock Edition to collect gems twice as fast. If you haven't yet tried out this addicting arcade game, go download it for free!

As always, thanks for the support. Happy warping :)