Some new building mechanic features for you to have fun with! We've also reached a third of our Kickstarter goal, and we're a quarter of the way there on Greenlight!

I've added a few features to the game based on your guy's feedback. Now, when villagers build they will build first to last, where as formally they were mostly indiscriminate about what order they built things. 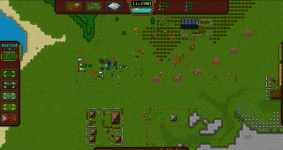 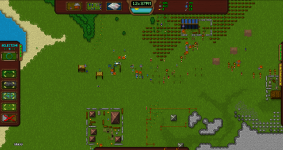 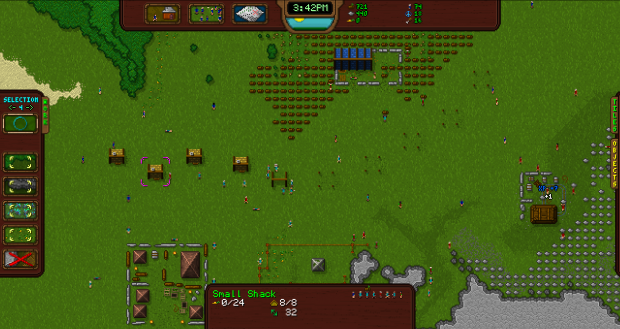 Another addition is the resource pushing system. Now, when you build on top of collected resources any resources that become blocked in the process of the building coming together will be shoved off to the side, making sure they remain accessible. :)

I also fixed a few AI bugs, mainly with farming. Resolved a strange bug where farmers would sometimes completely refuse to harvest their crops, and I've made the farmer's delivery AI much smarter. Now when your farmers deliver food you should see them consistently distributing the food to all the houses evenly, and not in large groups.

I've also added two new backer awards on Kickstarter!
$40 Tier - MAKE-A-MOB. This new tier allows you to put forward a monster idea I will work it into the final game! (Note: All tiers above it retroactively receive this award as well, hurrah for you guys!)
$300 Tier - "THE LIST". This is a very special new tier, because you guys are so overly fantastic and within only 5 days maxed out my top-level backer rewards I had to come up with something even more special! This award will grant you all the previous backer awards, and put you on a special list that will make sure you get always get alpha and beta invites to every single game SixtyGig Games develops in the future, and when they games are released you'll get a free digital copy of them as well!

and finally, I'd like to express how happy and grateful I am for all your support! It's amazing, we've reached a third of our Kickstarter goal in only five days!! You guys are absolutely awesome! Don't forget to hit up Greenlight, we already have 1,288 votes but we still need about 4,000 more!