Thanks to Demo Day 16, an Anonymous from /agdg/ suggested me something that is probably going to make the attack input better.

Right now, attacks trigger on button release, not on button press. I do that so that I can recognize holding the button long enough for charged attacks. 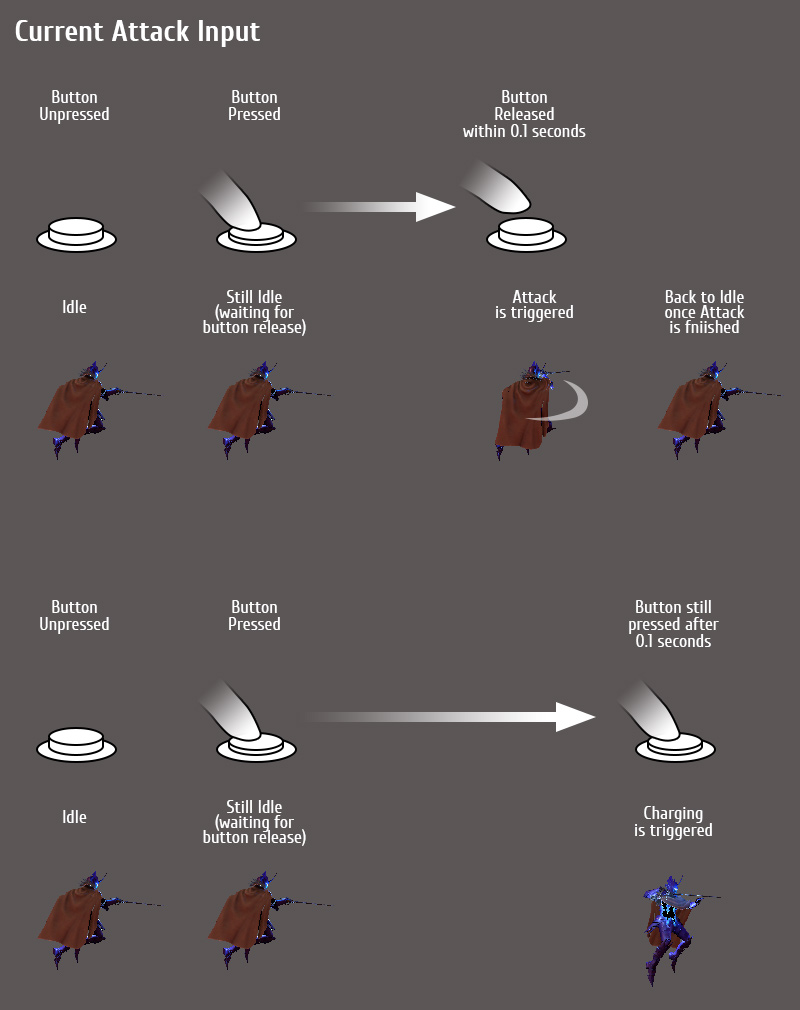 The suggestion was to immediately trigger attacks on button press instead, and if the button is still being held long enough, blend it into the charging animation for charged attacks. 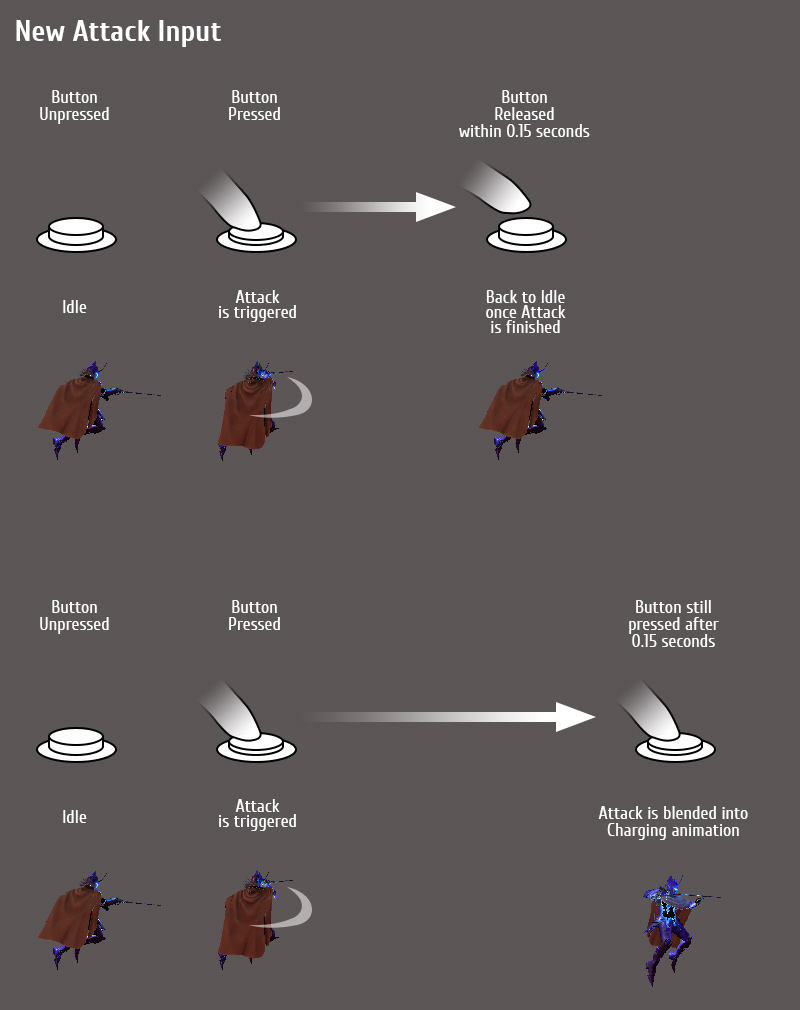 Despite the cons, this new attack input method is very promising, because the attack buttons feel a little more responsive now.