Sim Hero's initial Kickstarter raised funds for some artwork, most of which has been implemented. At the tail end of the funds, we had a grand idea to change out the tileset as well. Well, that work has started.

One of the negative comments we get about the game is around the artwork. It's not "bad", it's just stock RPGMaker art - which is immediately noticeable to anyone who's used the tool.

... And anyone who's played the game for more than 5 minutes realizes it's anything BUT a standard RPGMaker game.

So, we wanted to invoke more of a "map" feel to the overland graphics. Very simply we would apply a filter and mute some of the colors to achieve something like this effect: 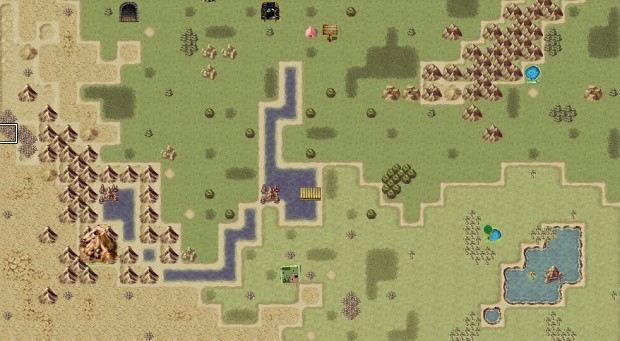 Here's the 2nd try with this method, a tad more muted/darker: 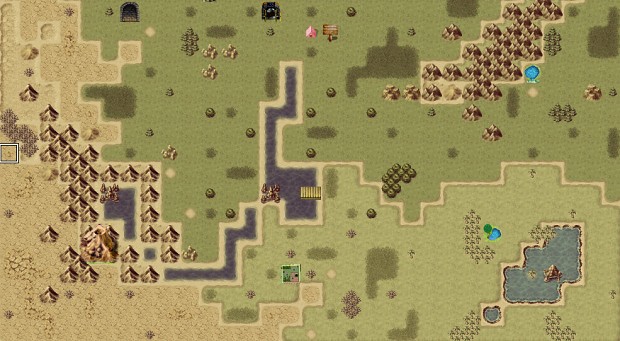 And here's the same sort of thing with some of the new tileset art we commissioned, but are still working on the best way to integrate: 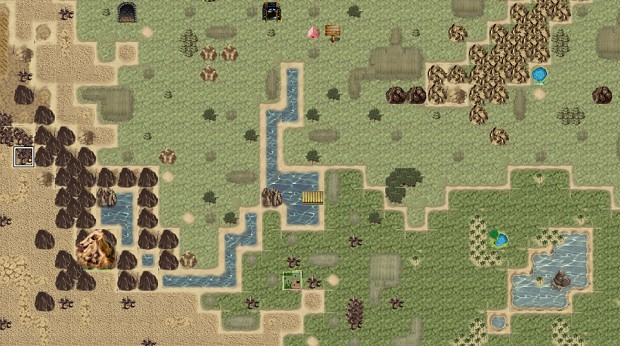 In addition to the terrain tilesets, we also commissioned plenty of new buildings. We want the buildings to show progression. Here's a small preview of some of the buildings (obviously, some clipping & alignment still needs to be done): 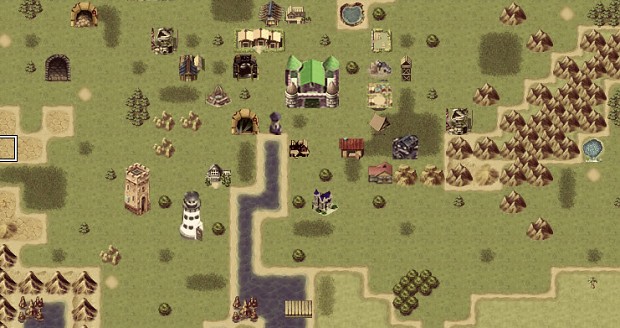 We plan to hold another Kickstarter in the next few months to round-out this art (and MUCH more), so stay tuned for more updates!