After few months of silence we are finally ready to showcase our new artstyle.

Hello everyone! As there are some hickups with the image hosting, you can read this update on our website instead if the images below do not work for you: Empathygame.org

We've been pretty silent last few months and there was a good reason for that, as we were re-doing our artstyle, which we are now ready to show to you. With this change we wanted to stay true to our amazing concept art, focusing on the contrast and colors instead of the old somewhat realistic approach. Let's take a look at the old style below, to have something for comparison before we dive into step by step progress on the new one. 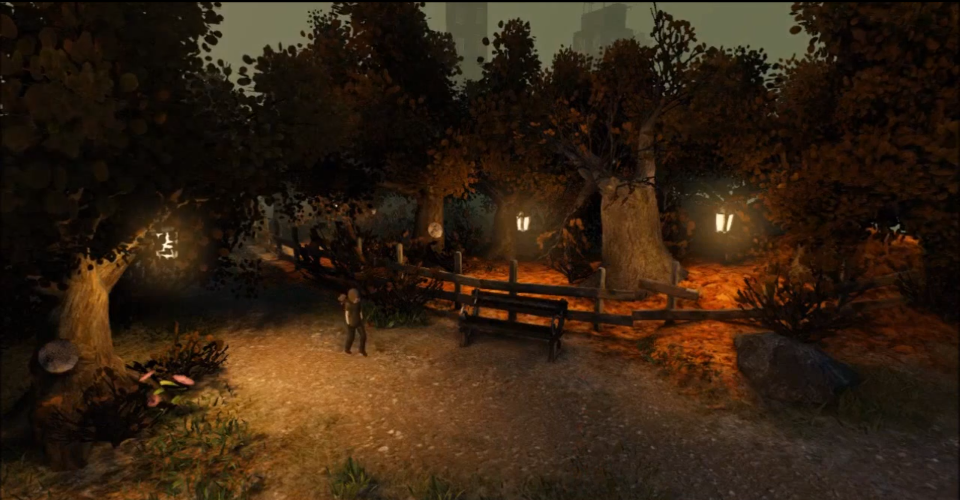 This did not look bad, and in fact had some warm charm to it, giving off an autumn feeling. However the general feedback was that while it looked good, it felt generic and uninspiring. Empathy is serious and often dark game, and we wanted our artstyle to better reflect that. So we took the new concept for the roadsplit scene, that can be seen below as the base for the new style and started working on transferring the atmosphere from the concept to the game. 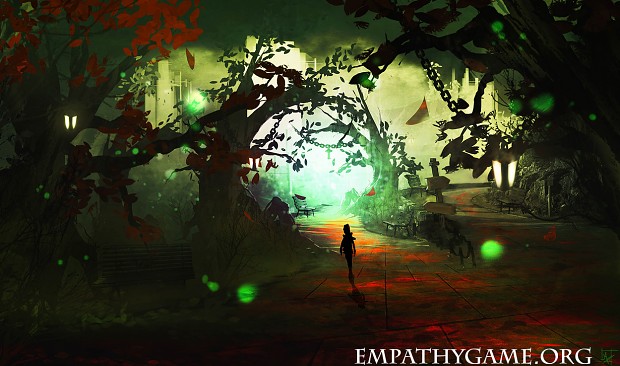 This has a lot of colors in it (mainly reds and green) as well as contrast between the background and the left part of the image. But before getting to the colors we re-did our basic 3D assets, trees among others, to better reflect the concept. Below you can see a simple block out of the scene with the new assets. 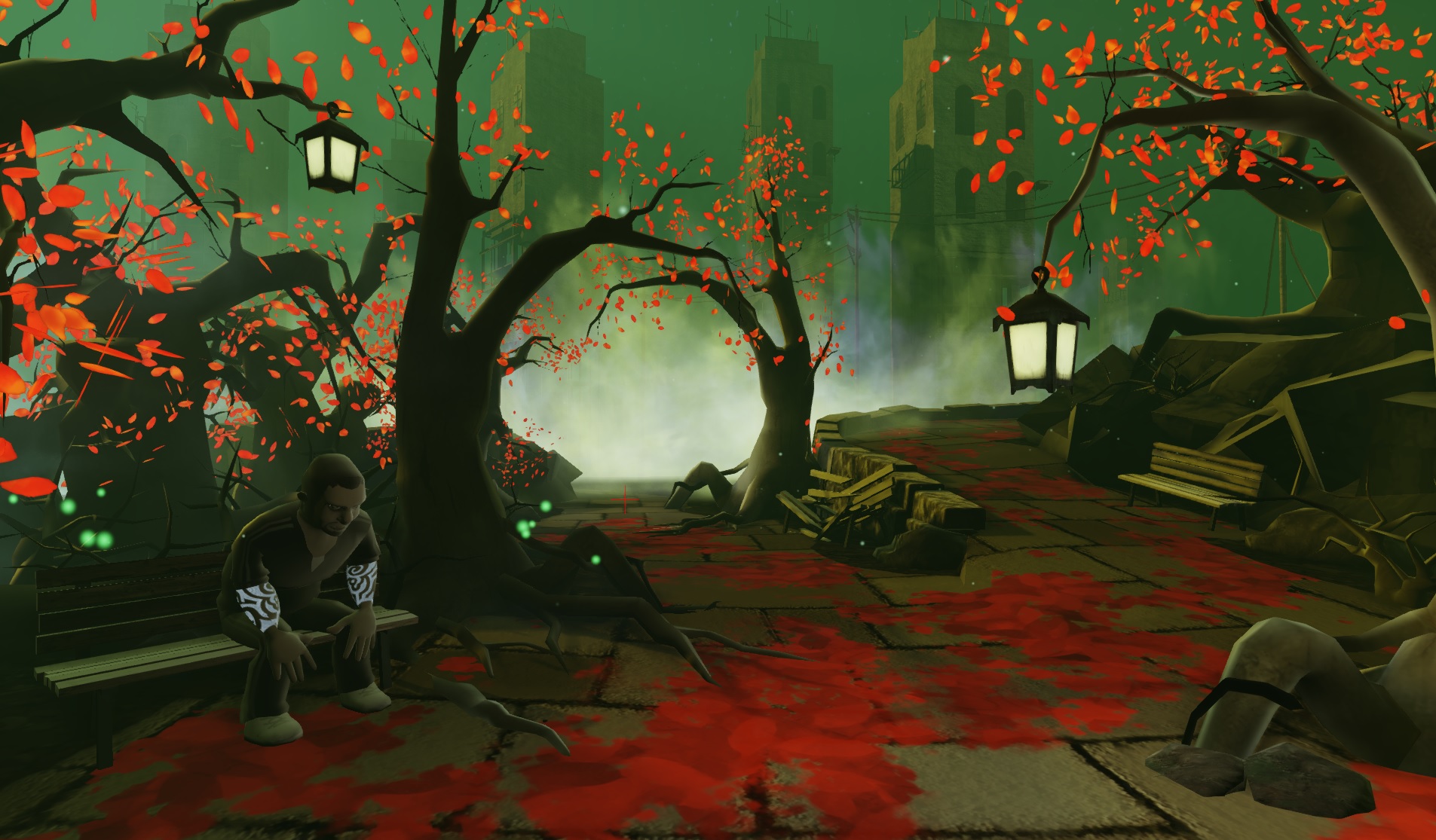 First draft of the new style

We immediately liked what we saw, the colors and atmosphere were much closer to the original concept than previous style. However, this was only a rough draft of the scene with placeholder shaders and scale was still off. We started working on adjusting the scale and adding some new effects such as portal to next scene. 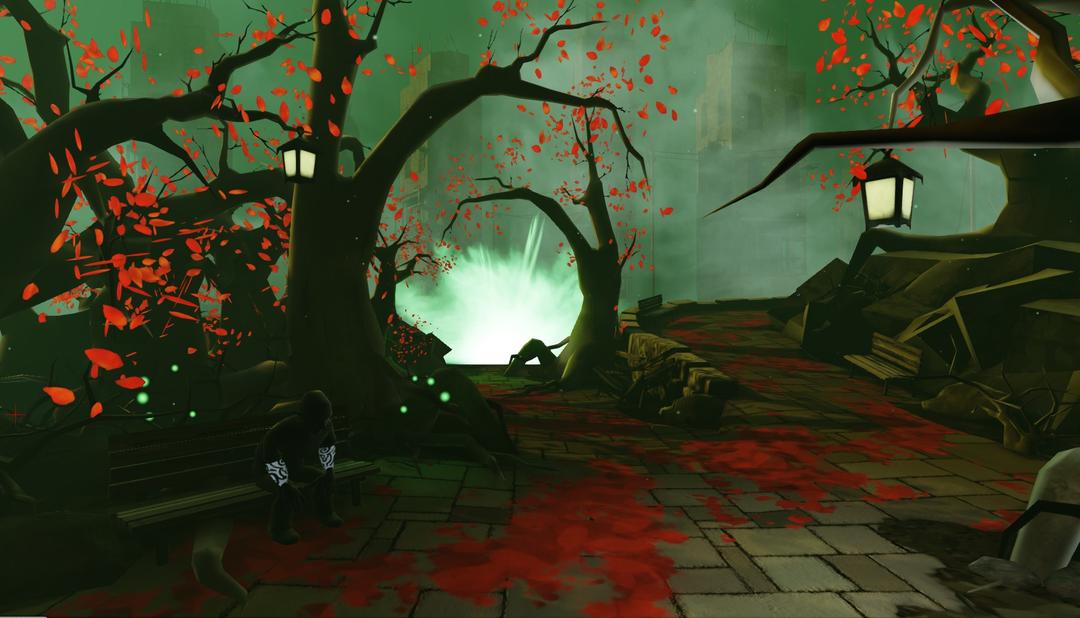 With adjusted scale we were getting closer to the atmosphere of the scene, so we started working on the shaders to replace the placeholder ones on the ground, trees and the fog. Some new assets are added. 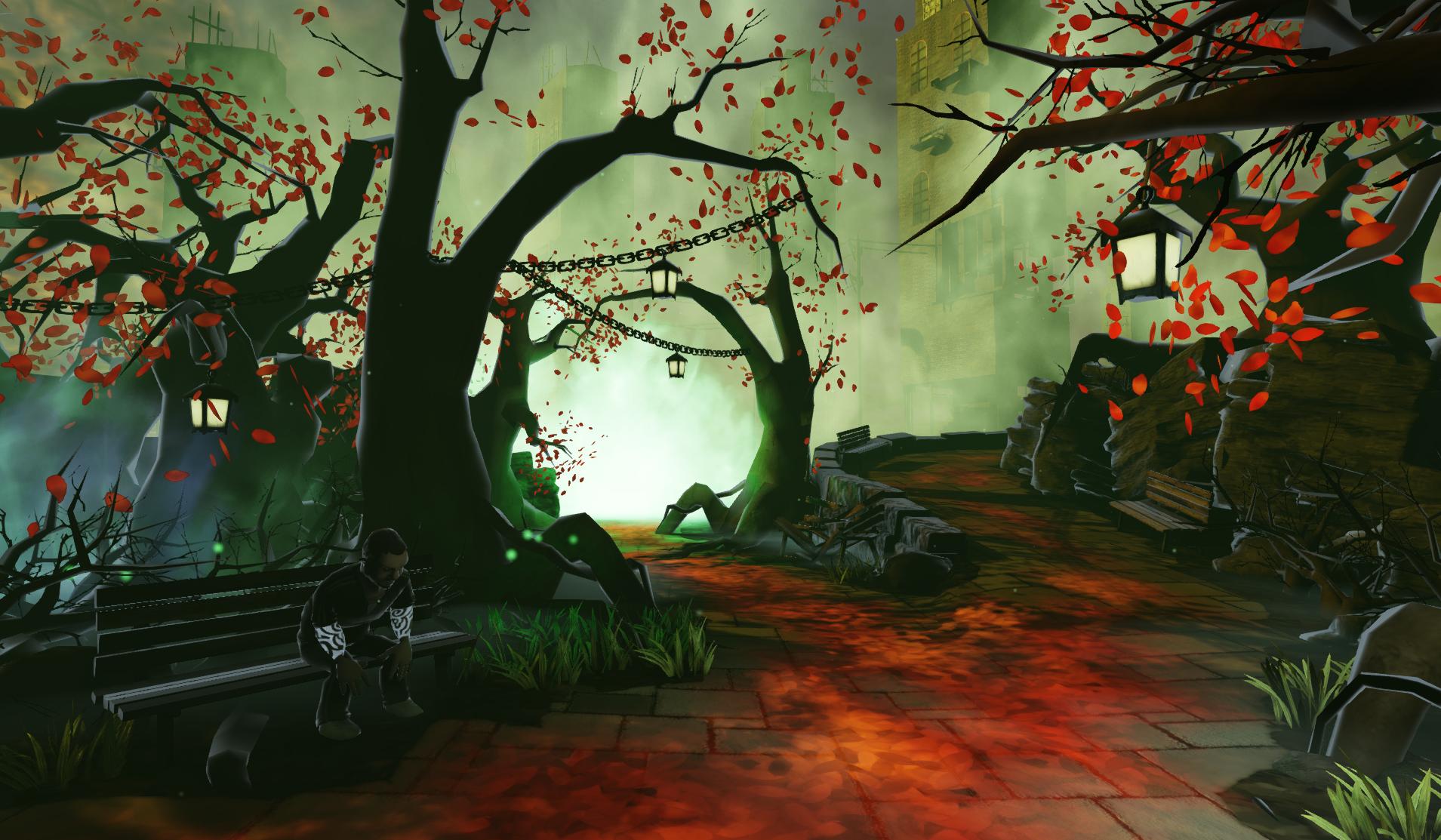 The leaves on the ground look much better now, previously it looked like blood spills.. and while the game has some drastic events, we wanted beautifully haunting atmosphere, not a murder scene. The fog is added, both to the ground and the trees in the background. All in all, it started looking pretty close to the concept, or as close as we could take it at that moment. However colors seemed too bright, so they are adjusted with some post process filter, and thus we present you the final result of our work on the new art style. Drumroll, please.. 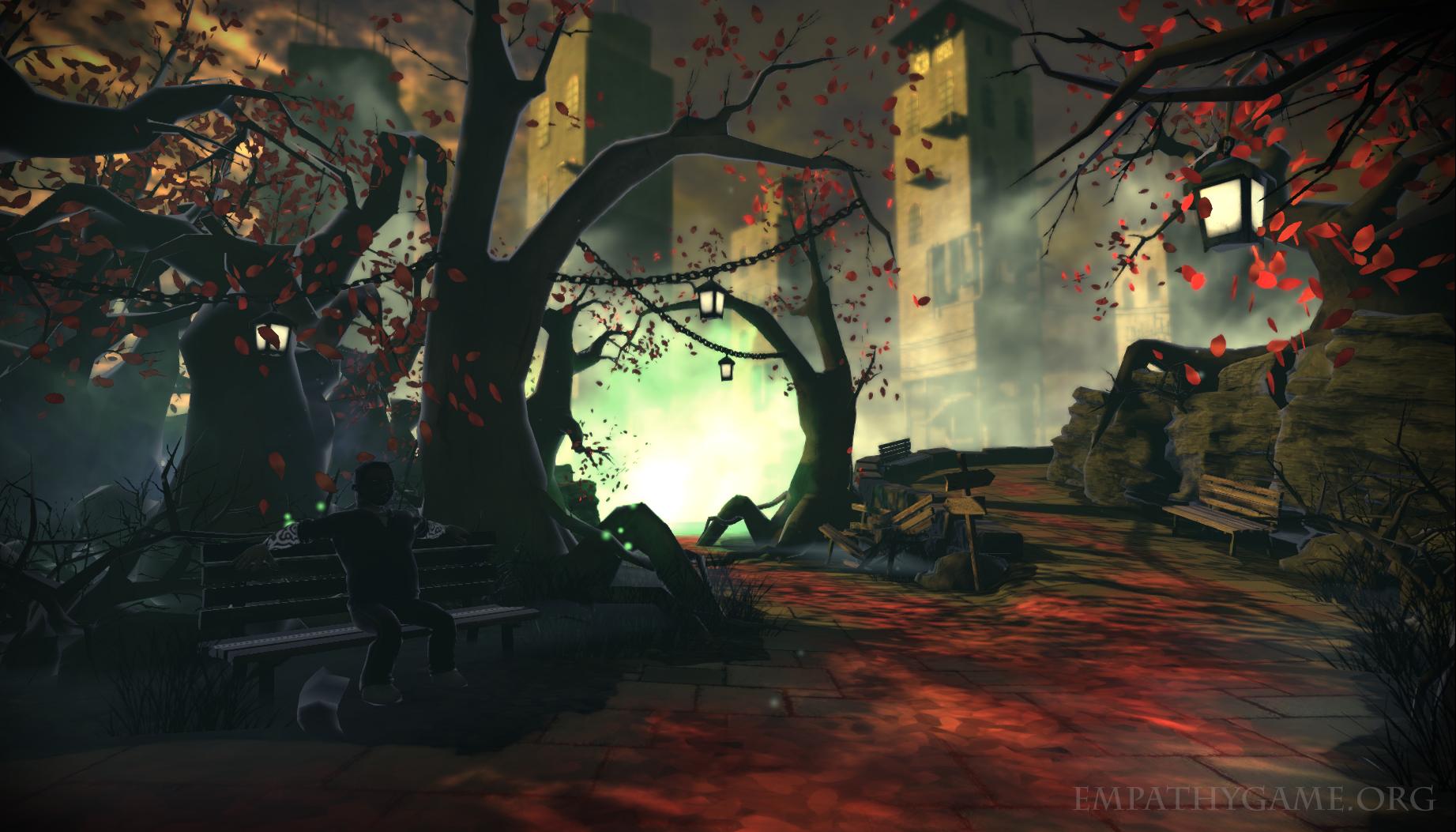 To see the screenshot in better resolution in our gallery click here. The end result fits the atmosphere of the game much better, with better contrast and colors. We still need to work on some of the effects, and post process will be fine tuned further. But this is as good as it gets for now without stalling the production of the content too much, leaving the final polish till later. Among others things on our to-do list is to improve the fog shader in the trees to be darker, as well as further adjust the colors in the scene. For now we're moving onto next scenes, hopefully releasing a gameplay video by the end of summer.

And remember our emotion mechanic, that allowed you to alter the world around you in a cool way with various emotions? We revisited the design of it and made it approximately 180% cooler by shifting the focus of it to the story and people, rather than inanimate objects. With that we continue to follow our vision of focusing on the story and atmosphere, rather than item hunting and item puzzles. Empathy is about people, their actions and their story.

That's it for this update. We'd love to hear your feedback and thoughts on the new artstyle!

I liked the old style too but the new one gives more of a surreal feeling. Keep it up!

Very nice! I like this scenario more than before.

I like them both. Would probably be easier to compare if you had two videos with the different styles. :)

Thank you! We're working on a new gameplay video, hopefully ready by the end of summer :)

Looking forward to seeing the video.

A little bit brighter colors and it will be perfect in my opinion.

I'll definitely play around some more with post process, so duly noted :)

I love it, I like the blend of the shadows and the vibrant colors