The summary of the new Apocalypse Scavenger Update! and also some new upcoming updates! with screen shots and also announcements! :D

Hello Scavengers!
and i present to you the new version for Apocalypse Scavenger! which will be named V1.8
with a alot of major changes! mostly on the Gameplay and also Graphics! (as promised on the last post)

What the update Brings :
- You now start with a Canned Sardine!
- You now start with a Hammer equipped!
- The Flat version of the Canned Sardines no longer needs the can opener to be opened!
- A note that mentions about 'Lock Picking' was added.
- Player will now spawn 6AM in the morning, instead of 12PM at noon.
- Changed all the Graphics/In game sprites (characters and infected sprites pending)
- Changed the Infected AI to make them less active at night and also more likely to horde around the player!
- Fixed the code behind the spawning of Grafitti (wasn't fixed in the previous update)
- Fixed multiple bugs
- Fixed the Day and Night cycle.
- Infected has less health
- Morphine, Adrenaline, and Pain Killer side effects/crashes is added!
- Reduced Game file size and also Loading time!
- the "E" key is no longer used for switching weapons.

Here's a peek into some of the new sprites! :D 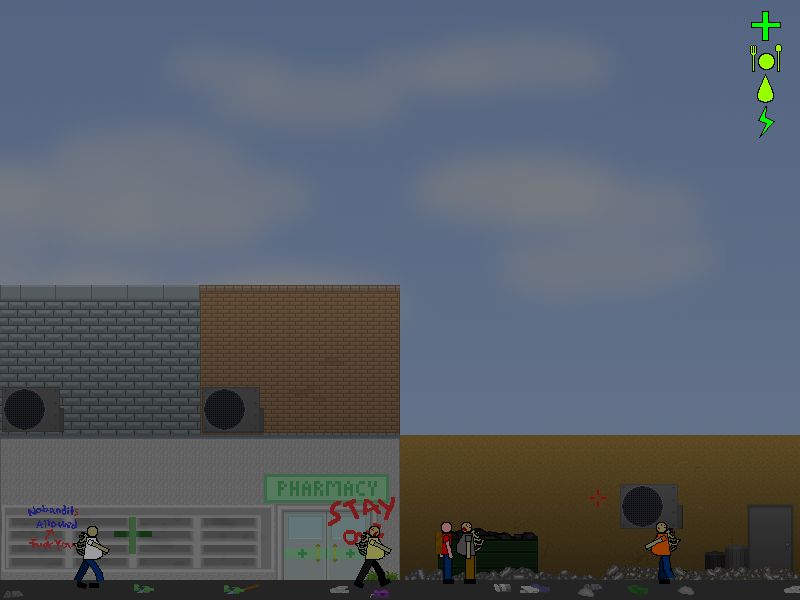 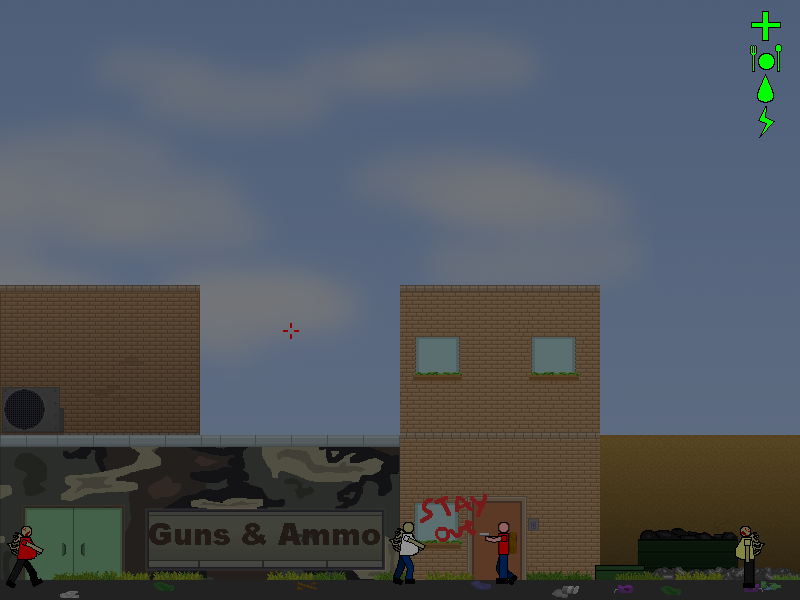 Upcoming updates :
(The higher up it is, the more likely it is to be added in the next update)
(the ones with a "?" are even less likely to happen anytime soon)
- Ability to force open locks
- Clean up the background of the game (the Code)
- More new sprites
- A new event (including new notes and a readable book!)
- New weapons
- New buildings
- New Items (and along with it, new Containers)
- Dead bodies?
- New Clothing items and a clothing system?

And that's all for this update!
You can Support the development of the game/speed it up, by buying a copy of the game or spreading the word! :D
Thanks for reading~! :D
(there will be an event next week! so stay tuned!)