New version is available: it brings explosive grenades to the arsenal among with many bug fixes and small features.

New version is available: it brings explosive grenades to the arsenal among with many bug fixes and small features. There is no need to manually apply this update, just run the game and it will be auto-downloaded.

Hopefully this version will also fix problem with players testing the game, but each one coming at different time to the server. So many people couldn't test the game. The solution is in defining certain hours so players can gather easier. I've defined 16:00 and 20:00 CET, you can also try to join server at beginning of each hour. This is also presented directly in the game when no one is on the server. 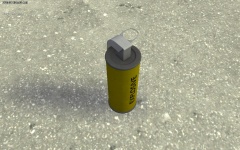 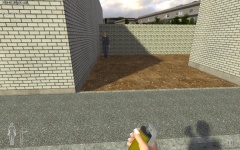 You can see more screenshots
(available for Windows, Linux and Mac OS X)

Looks very promising.
All you need is better models and map design.
Models are fine but maps looks like "omg my first map ever".
But since its alpha, its ok.

I'm liking where this is going, I just really need to find some of my friends to play with but the improvements so far are great. I just wish there was a way to go from the game back to the main menu instead of exiting the entire game.

I thought the comment above mine was also funny because essentially what I got out of it was, "Hey listen to my complaint because it's important and then completely ignore it because it doesn't matter since it's Alpha."

Nice work, hope you remember me from the first alpha ;) , hopefully i can get some time to test this version out. Good luck.

this game is not to my liking