Features: - Introduced melee and Ranged weapons. - Added a smaller and cleaner UI. - Added a lot of effects (ie. the blowfish blowout). - Resized all characters. - Fixed an extreme amount of bugs.

Update 11/09/2014.
A few months ago i broke my left elbow, and i'm lefthanded. That meant, that since all the graphics in the game is handdrawn, i was unabke to continue working on the game.
Well my arm is healed now and i've been working hard to make up for the time i lost. 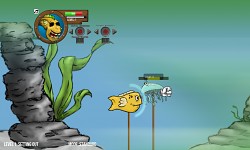 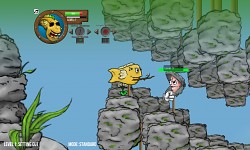 I implemented a lot of animated effects like bubbles to make the world more dynamic and living. I also introduced ranged weapons and made it possible to pickup and switch between melee weapons.
I also had a lot of complaints about the UI being too big and taking up too much of the screen. To fix this i removed a lot of the info given in the UI and made it smaller. I also made the characters smaller so i could fit more on the screen. 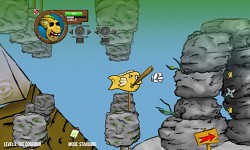 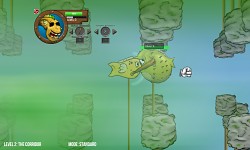 Im still looking for people who would like to contribute with drawings of underwater plant life and environments, as this is the thing i prioritize the least right now but is also one of those things that is most extensive.
It would speed up my develpment tremendously.

Thanks for reading.
Marc B. Carstensen