After another hiatus, Batch17 is back in force with a slew of updates meant to speed up the level design process. Tons of new, modular stuff will make it easier than ever to finish the game.

Update 5/22/15
Despite the long time since the last update, I've been hard at work on some of the guts of the game. The original AI of the game was written almost a year ago and has gotten a bit stale. For the last few months I've been working on really polishing up the AI.

AI modes of course have the old, sniper, lockbox, grunt and bad ass settings, but I've also worked on the escort versions, as well as punched up the AI on AI fights that have to happen occasionally.

Other than that, a significant portion of the work has centered around making the components reusable so I can really start designing the levels without having to stop every few minutes to write code. The ai has a lot more conversational ability, I've implemented a hint system, added notes to the game to add more game story, flares, and more!

Also exciting is more progress on multiplayer! I've gotten the multiplayer server running now, and sending data to all clients, and am getting location data, but now need to solve the issue of AI / World elements being interacted with. Multiplayer will be a long road and will likely be one of those things I work on in between other big milestones.

Without further delay, here are the new pics!

Now that unity 5 has released, I could focus on really getting the most out of the graphics. Here are some updated shots of the asteroid Thera. 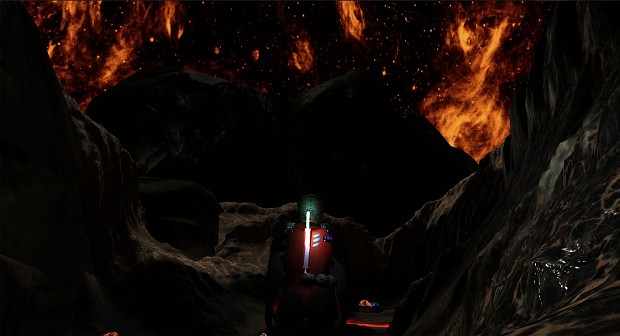 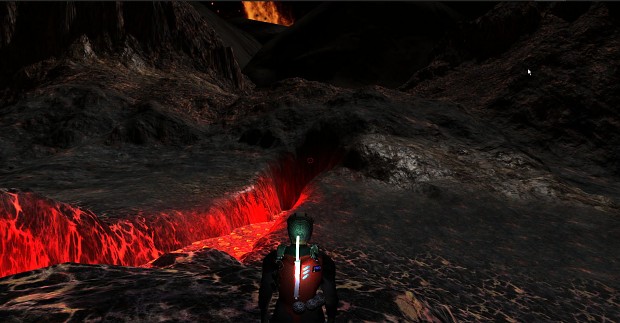 I love my overlook shots... 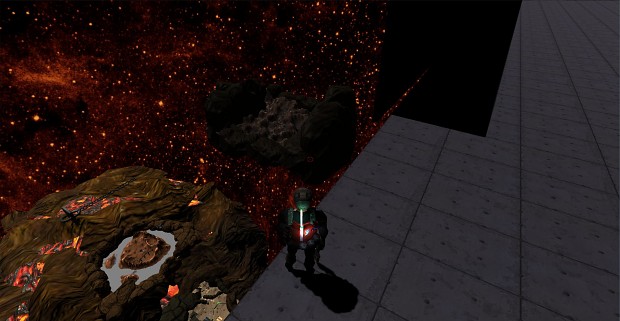 As part of testing the new components, I'm building a small map that serves as a tutorial for thenew player. I call it the training grounds. 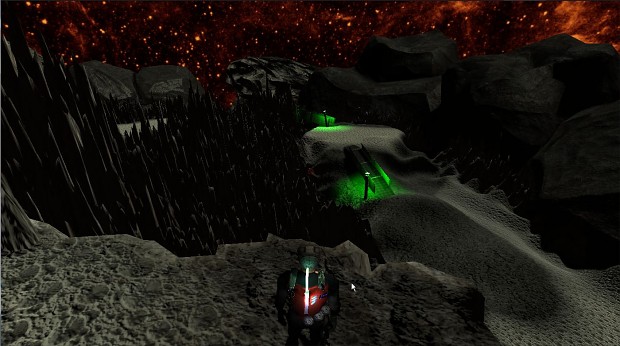 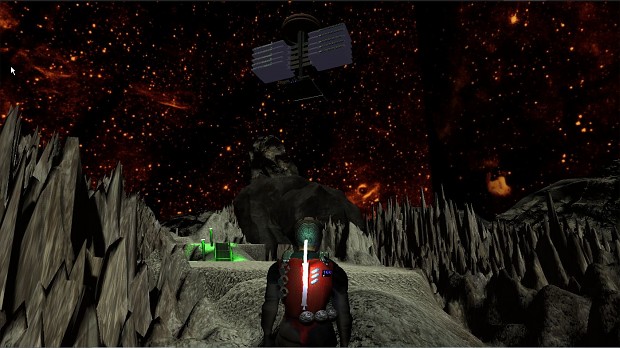 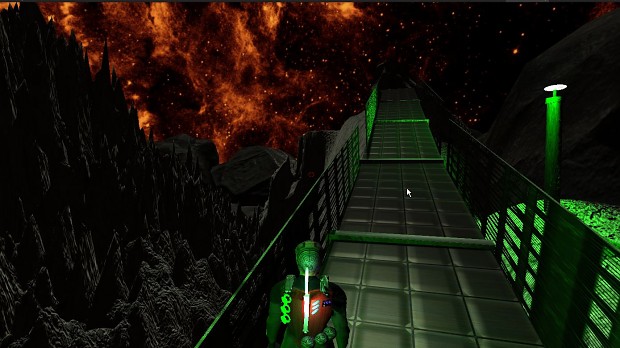 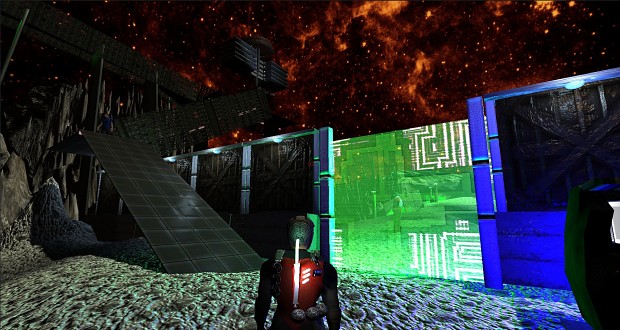 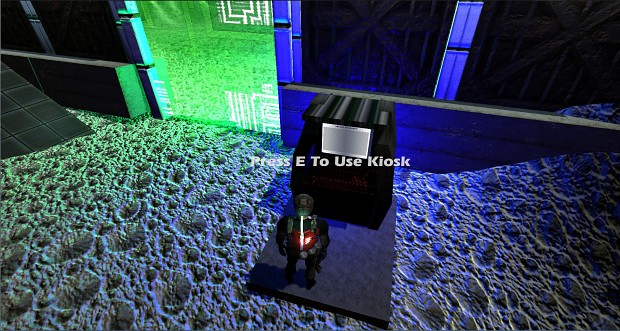 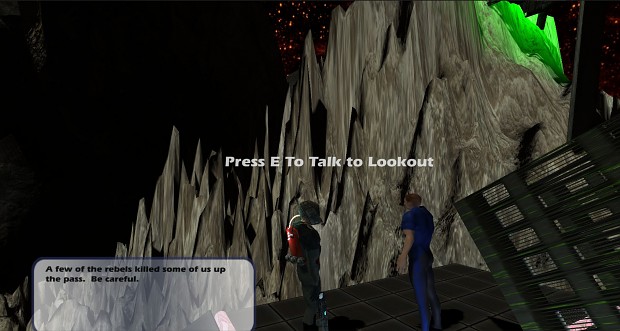 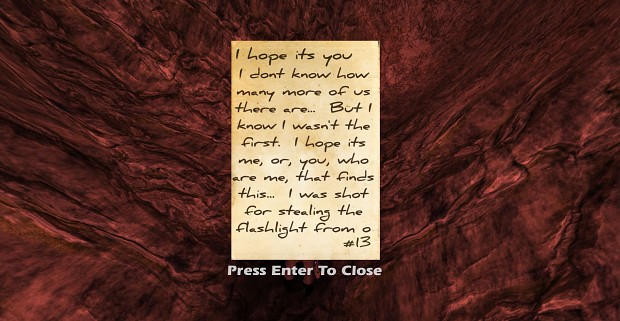 Weapon upgrades (Gun, in this case) 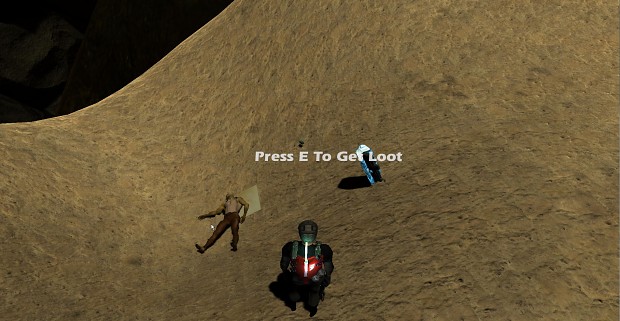 And flares, to illuminate dark spaces and maybe do some other fun stuff! 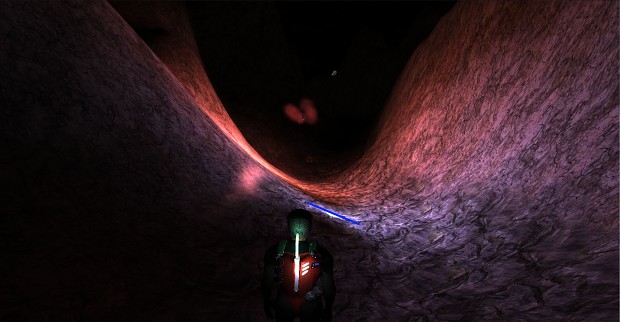 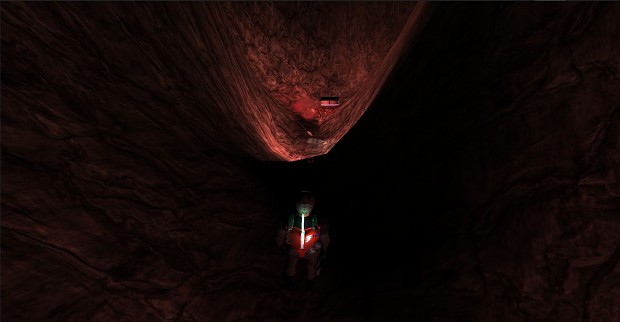 That's all for this week. I'm working on a new demo video to show everything off, which I'll hopefully have next week!