A gorgeous and graphic introduction to "Neptune, Have Mercy." The scifi submarine roguelike set on one of Neptune's moons. 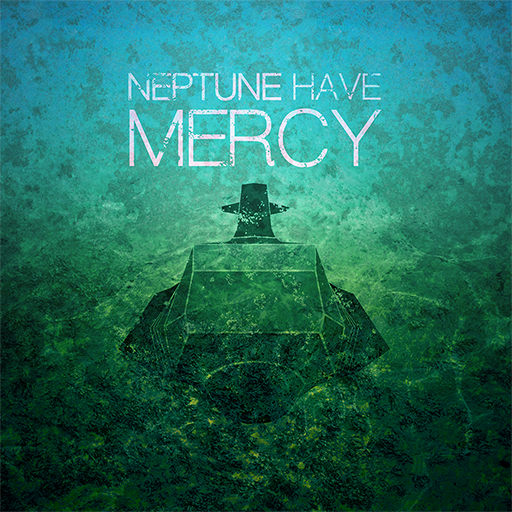 
Neptune's moon Triton beckons, but deep below its surface a subterranean ocean contains a dark mystery. Explore an abyssal alien ecosystem by navigating submarines through procedural cave systems in this exploration focused roguelike. 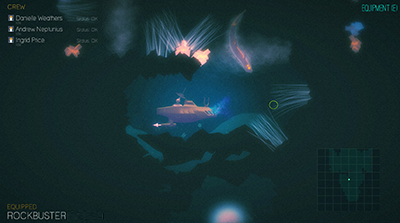 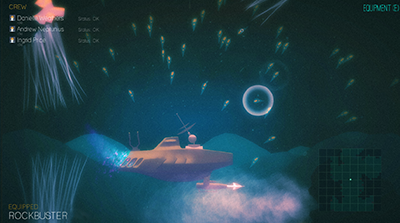 You steer a submarine around an underwater cave system on Triton, with the goal of descending as far as possible. You control the weapons and utilites of the submarine to interact with the environment and creatures there in. You'll unlock new tools through exploration and crafting, and they will help you reach new areas on each playthrough. The game features procedural environments, vehicle customization, and lots of strange alien planet ecosystem.

The world is ever-intriguing and tremendously dangerous .

We're developing Neptune, Have Mercy. in Unity and aiming for a Steam release in the first half of 2015.

Each playthrough a new cave system is procedurally generated and populated with alien flora and fauna. The world is masked by darkness, your submarines meager lights and the bioluminescence of the oceans other inhabitants are the only light sources. You'll have to rely on sonar as much as light to navigate.
Exploration means :

These will be detailed individually as we progress with development! Updates will be posted here.

Choose your descent vessel from a library of unlockable submarines. Each vessel is built in a modular fashion, with a series of hardpoints positioned around the hull. You can snap all kinds of tools onto the hardpoints - Lights, weapons, research utilities, resourcing tools, etc. Choosing the modules you think are the best fit for the situation will be a constant dilemma.
There are obviously many configurations, some are probably more useful than others, and some are just stranger than others...

Equipped modules can be switched in "Hangars" found in the world. They may be few and far between, so planning ahead is important. You can also use these hangars to repair any damage.Some new modules can be acquired right at the hangar, while others need to be crafted or found in the world.
We're working to generate a big big library of interesting modules and consumables to make the game highly replayable.

A bizarre and unique alien ecosystem is core to the experience of Neptune. Much like earths ocean, it's often the case that the deeper you descend, the stranger things get. We're striving to make intriguing and unfamiliar creatures to inhabit the waters - both in form and function.
Perhaps some fish are just fish, but most creatures carry a function that may be useful in puzzle solving.

Puzzle solving is naturally one of the core drivers of exploration. As the environment is generated, puzzle obstacles will be inserted to block progression and access to treasures. These "puzzles" can be as simple as a big mean fish, or something more nuanced, like a thermal hazard.

Most obstacles have several solutions, so on a given obstacle, even if they don't have the right tools on the submarine, a crafty player can make use of the environmental assets to clear it.Glowing octopus + harpoon gun = Portable flashlight.

We're developing a crew management menu for the interior of the submarine - a little bit FTL style. This part is changing day to day, but feels like it could be very interesting. Updates will be posted here as it develops.

We're developing Neptune, Have Mercy. in Unity and aiming for a Steam release in the first half of 2015.
I'll posting updates as we progress.