Just to get this out of the way, no that article have nothing to do with an actual BSOD xD Right now I'm focusing on fixing things that could cause CTDs (Crashes to Desktop).

Just to get this out of the way, no that article have nothing to do with an actual BSOD xD 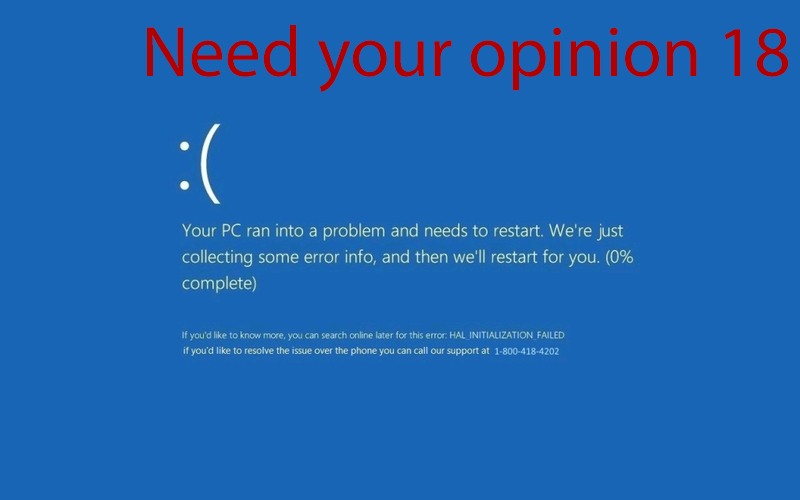 Right now I'm focusing on fixing things that could cause CTDs (Crashes to Desktop), most of these things happens either if:
A code/model/texture is broken/done wrong (thankfully it shouldn't be the case in my end so far 😉 ),
The AI got triggers by random things,
Or the game runs out of memory thanks to the fact it have more things than vanilla.

While most of the current CTDs nearly only happens in custom maps over official ones, and seem to be caused by a code I've added in the last minute which allows the AI to garrison units (and resulted in me reducing its functionality for the next version thx to that),

It seems like something else entirely is causing Travelers 59 to crash nealry all the time (again mostly in custom maps),
and after many many tests I've found out few strange causes that are behind it... sort of.

It seems that if the AI trains a lot of Mechapedes and have an access to the Swarm and Reconstruction Drones support powers the game will 98% of the times will crash on certain custom maps,

That's at least the conclusion I've made after many many tests where I've excluded things from the AI's arsenal one by one.

The main reason it happens with Travelers, although can also happens with Scrin and Reaper-17, is because only Travelers' AI was set in a strange way to have 500% chances to train Mechapdes for offensive and defensive moves, something that none of the other Scrin's factions were set to do nor GDI's or Nod's...

I don't know if EA did it cause they wanted some variety in the gameplay, but knowing EA and their rushed worked, plus including all what I've seen in KW's codes and models so far for the last half decade, I won't be surprised if it was some a placeholder or something that was done without deep consideration behind it,

Another thing that also rise my suspicion even further was, that only Travelers' AI didn't had an entry to train their epic unit that often while every other faction in the game did (which I've fixed half decade ago btw, so you won't feel it in 1.04 but should feel it in an unmodded game).

Why any of that matters to the AI?

Hell if I know, it could be some random stuff that trigger the engine or the SDK ver that I'm using (though I don't think the latter is the case).

So knowing all of that I've considered the following, And that's where your help is needed,

I will have to change something in the AI in order to solve it, and these are the possible options:

1. Reduce Travelers' mess Mechapedes production to be identical to Scrin/Reapers (will only work as a workaround to greatly decrease the CTDs, but won't solve the core issue and still has the off chance the game will crash again, plus it will change Trav's gameplay from vanilla).

2. Removed the AI ability to use Reconstruction Drones (only used in
1.04) and reduce The Swarm radius on the map (should solve the core issue but will reduce your AI functionality).

4. Keep things as they are man,
You said it's happens only in some custom maps right?
Don't reduce your AI functionality for these rubbish reasons!

I should note that I'm not a fan of changing the core gameplay of the AI, so that's why I'm asking you guys for your opinion.

Let me know what you thinks in the comments below, in the poll here,

Or in our discord server :).