Post news RSS Nearly finished the first alpha and what to expect!

Article detailing changes for some the units and what to expect from this mod.

First of all I want to say thanks for all the support from my Discord to Moddb I really appeciate it!

Now first I'm going to go over the general stuff then to indivial units and finally what to expect from alpha v2. So first of all this mod is based off the stats from Halo 3 even stuff that doesn't appear in 3 like the vulture as I base the stats from other weaponary and vehicles but still keep the same feel and roles to them. All units have had visual changes to look more like the fps games, most are based of 3 but stuff like the grunts aren't becuase Halo 2 grunts just look far better in my opinion.

All units now have UseDPSasDPA which means instead of doing just damage per second they do it per attack which is determined in the animations which I've tuned so they are most like Halo 3 now this makes it so high rate of fire weaponary and even low is much more balanced, fair and acts more like Halo 3. All weapons and units now use custom weapontypes and damagetypes which determines how much damage they do to a certain unit. For example a scorpion has hard_metal_solid and an assault rifle uses bullet_slow which has a damage modifier of 0 against hard_metal_solid which means it can't do damage at all against heavy vehicles. This makes it feel a bit different to the orginal Halo Wars as all units could damage the most powerful units so you need to think much more tactically in this mod and anti-armour and anti-air are much more useful now and essential at the end stages.

The game will now be more slower paced as reactors and the temple/temple upgrades have been doubled in cost. This decision and the new tier system has taken inspiration from Dawn Of War as I prefer the more slower paced rts gameplay and also wanted to change the feel of the game as other mods haven't really experimented with that in this way.

I will detail what each tier will include: Tier 0 - This will only include basic infantry like grunts and marines and probably want to get off this tier as quick as possible while building a stable economy. Tier 1 - This will include more infantry and some specialists like brutes and elites. Upgrades will give your units a bit more fighting power but nothing crazy. Tier 2 - This is where you'll start getting powerful units like hunters and start getting light vehicles like chaingun warthogs and ghosts so you need to start building anti-armour units though most units can deal damage to light vehicles. Upgrades will start making your infantry more effective against powerful units and also give your light vehicles more of an edge. Tier 3 - More heavy and devasting technology will come at your disposal including scorpions, wraiths, hornets, banshees etc so start getting that anti-armor and anti-air ready for this tier. Upgrades will start changing your infantry giving them rockets, fuel rods, abilties or more units so they've still got a role in tier 3 and 4. Tier 4 - The last tier mostly including upgrades like the grizzly and hawk or units like the vulture and scarab though only long games will reach this tier unless you farm to get to it.

Now for individual units (only a few UNSC as I ran out of space): UNSC Barracks

Marines: These guys act about the same as in the vanilla but their upgrades have changed and their cost later tiers increases. The first upgrade adds a sergeant with a cut br which pretty much does the same as the ar as units can't head shot in Halo Wars. The second upgrade adds a rocket marine instead of making it an ability so your marines now pack some anti-armour power. The final upgrade unless its Miranda is adding the medic which makes it so they heal like in the fps games which is much faster than the orginal Halo Wars and they heal all the way unlike the fps games. 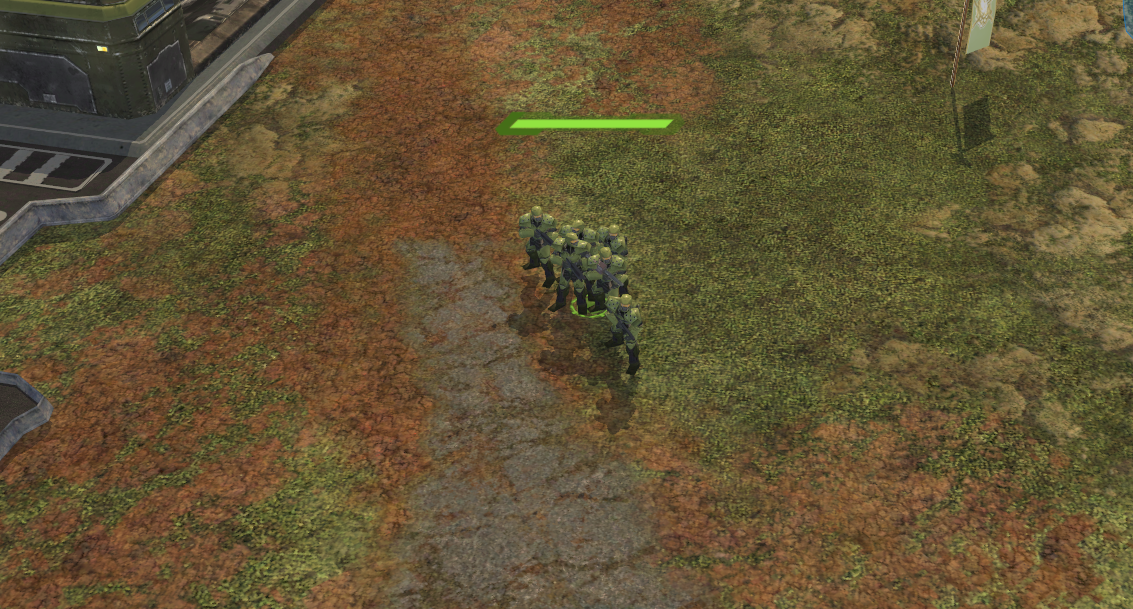 Hellbringers - Like the marines these stayed mostly the same but now only have one upgrade instead of three. Their upgrade makes it so they throw flame bombs which are very powerful against infantry and is a must have upgrade if you're using some hellbringers in your army.

ODST - These guys are very op and probably the best infantry in the game though they're expensive and appear in tier 3 but if they were in tier 2 they would be way too powerful especially with their shotgun odst and rocket odst plus they have the best accuracy in the game giving them a big edge. Their layout (as far as I can remember) is 3 assault rifles, 1 battle rifle, 1 shotgun and 1 rocket laucher. 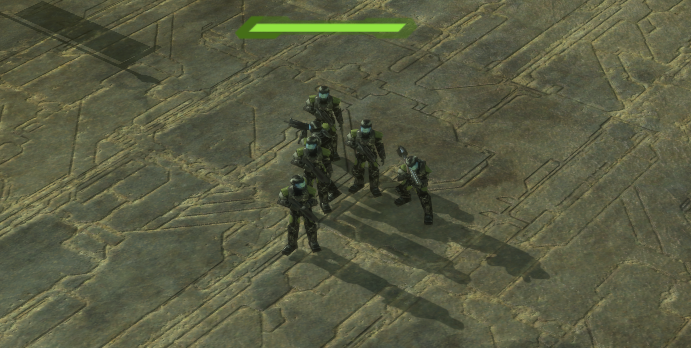 Snipers - I actualy forgot about these but they're reskinned rebel snipers and act the same so they shoot badies from a far and are effective so probably best to put them on sniper towers around the map.

Warthog - Again these act very similar but are slower, less effective and are used mainly to take damage or scout around the map though in large numbers they could be a very effective army. Warthogs have lost the ability to ram as the ai don't do it in Halo 3 and it would be useless. They have also lost the grenade laucher upgrade as the grenade laucher only existed in Reach and 5. I do want to fix these in v2 if I can as their damage is poor to the say the least I don't really know why maybe because of their accuracy or an error on my end though most full auto weapons have the same problem. 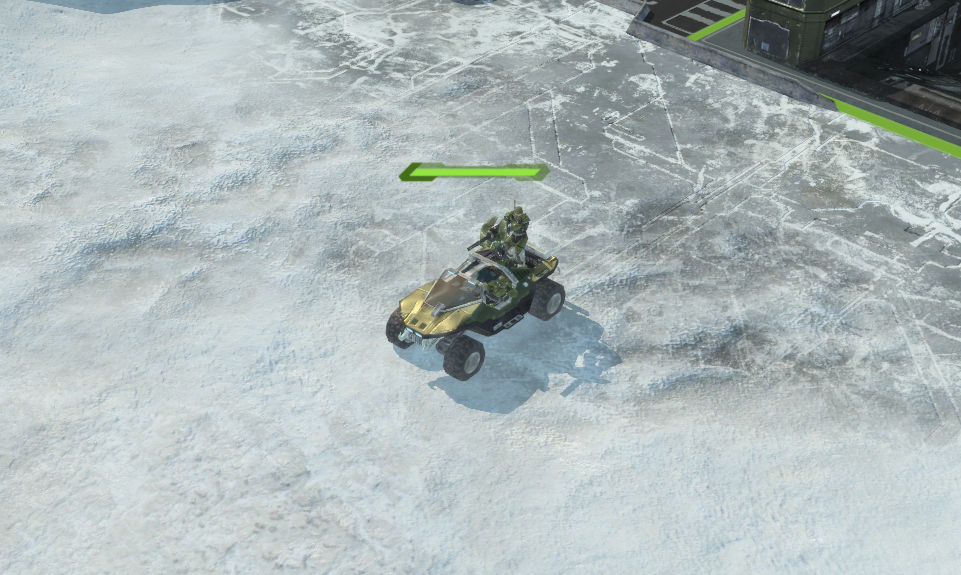 Cyclops - These stayed pretty much the same but are probably most effective at tier 2 as they're lighlty armoured but pack a punch.

Gremlin - These guys now have way more effective weaponary having half of the spartan laser damage and can destroy vehicles with ease if they get too close.

Elephant - This thing is really slow but has a lot of armour and health and the only heavily armoured vehicle at tier 2 though can easily be abushed if not guarded. Now only has one upgrade that adds two turrets which are very effective against infantry. 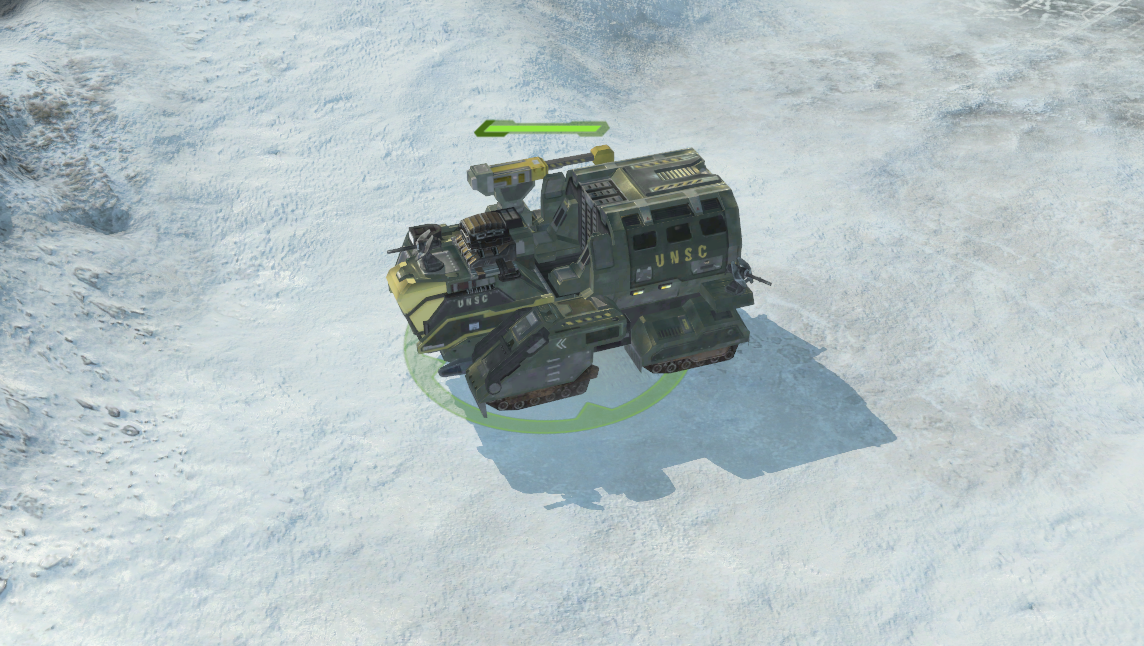 Scorpion - Unfortunately I had an issue where I couldn't make the machine gun have a different range to the cannon as they are slaved together as the cannon would orginally have a range of 120 but now only has 45 though 120 could have been a little OP so probably a blessing in disguise. They will destroy anything in there way though they now have way less health like everything else so you don't want to charge into an anti-armour ambush as it will probably not survive though it could still punch a hole in their forces and will be the main target for your enemies so keep it well guarded or it will die easily just like the fps games if you don't position it well.

Well I ran out of room but there's a sneak peak at some of the UNSC forces! Now what to expect from alpha v2 well first off fixing some annoying bugs like the spec ops elites not turning invisible, balancing the game a lot more as unit cost is based off Halo 3's score system as the moment. New content will include maybe new units, better visuals for some of the units, new infantry weapons like dual wielding elites hopefully and larger variety for brutes and full campagin support then i'll be working on the beta which will include custom models. There's also one thing I frogot to mention which is all rebel, flood and sentinel untis have also been changed and chasms has a new area to capture and some of the maps including chasms has covenant and heretics around the maps.

Anyway I'm running out of room so again thanks for the support and expect the mod to release in two or three weeks as I need to finish 5 more units off and test the game so everything works correctly!