Our team is slowly falling apart and our coder has mysteriously disappeared again. We have all decided it is time to call it quits.

The NanoSwarm team is sad to announce that we're ceasing development of Nazi Zombies Source 2 for good. Maccadoolie, our coder, has mysteriously disappeared yet again. Our work cannot continue without him.

Other team members have left due to his absence.

So what does this mean for the project itself? Well, we're killing it. It will probably never see the light of day as a fully functioning and public beta.

Many people have been asking me to release the project in its current state. I am not going to release the current build of NZS2 for multiple reasons. The mod frequently crashes, many placeholders are still in place, many weapons do not function and many more reasons.

If you really, really want to try the barebones project you can find the original, first release of Nazi Zombies Source on Maccadoolies profile. None of his individual work is apart of the current build.

Another mod is also doing what we were trying to do in NZS2. You can check out "Aftermath Source" here: Moddb.com

NanoSwarm would like to thank all of you for your support during development. You guys really did keep us going. I will update this article with the whereabouts of Maccadoolie if need be. 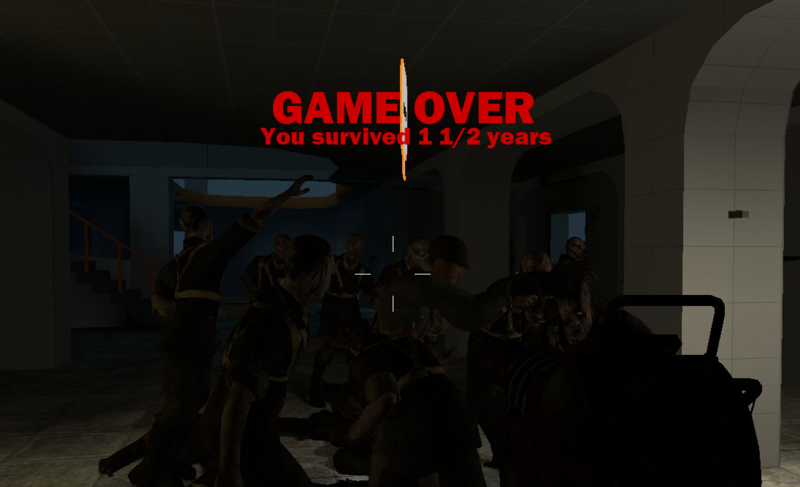 This about a good year old, its back.

Couldn't you guys jsut release a stable version like, whatever you got ? I was really waiting for this. and from when i have seen the video's its playable!

Well. Are we allowed to map for the previous versions ? :3
Like decompiling the maps and make our own ?

yeah come on guys at least release what you have for the fans sake we apreciate you and dont just give up that guy is not the only coder in the world i would even probly write some code for you guys, its old its not hard, infact the part I dont like the most about source is hammer edit

Either release what you got, or give it to aftermath source. Win either way.

it is a shame that you stopped the dev on this mod, the more so just because one team member can't be found (again?).
and like JLG81 says, there are more coders in the world then just this one. but, just do what you think is best although i always think it is a HUGE shame when a mod dies, all that work for nothing.
personally i would at least then release what you have, maybe not so much so people can play it, but so other developers can use your assets in there mods and map(packs).

however, thanks for letting us know. i know this has to hurt you, to write this here down.
success,

damn my brother is gonna be upset when he sees this :(

at least release what you have and maybe others can continue it? If a mod dies and the team doesn't at least do that, then they are lazy.

Damn, this is the second project I've been watching canceled this week...

Should have seen my face when I read the title to this article.
My profile pic is a good example of undead me being surprised and massively disappointed.

oh, I really want to play this mod! :C please release a alpha/beta I see the game is playabe :D

The mod had to die. No point stringing people along on a hopeless journey!

don't go putting all your eggs in one basket.