Welcome to yellow bogey nation. Yellow bogeys are simple floating space devices that collect weather and time data. As satellite experts will tell you, without yellow bogeys, we wouldn’t even know when to eat breakfast.

Ok. Let’s talk about Navigation Mode. Navigation mode, is a user interface where you can visualize weather, move through a three-dimensional map of galactic bodies, and plot a course through the cosmos. We wanted these maps to be filled with detail so that navigation feels like a strange nautical voyage. We want to force players to use horse-sense to find the best routes through space. In this game… space isn’t just a big empty vacuum… in real life, space is a massive, scary, empty, vacuum. Yea, there are storms out there, pockets of smooth space, gas stations, fast food chains, casinos, space-buoys, dust clouds, turbulence, varying levels of solar power, so much! Space isn’t empty. Space is a Sea ™.

So we simulated a bunch of data for a small spiral galaxy, visually plotted it on a map, and created a variety of ways for a user to interact with it all. So now, you can pore over galactic maps, read these nautical bones, guess at the weather, chart a course through the stars, and attempt to survive — MuhhAHhhaHHaa. The best way to describe all this is to go through the different map elements that exist. 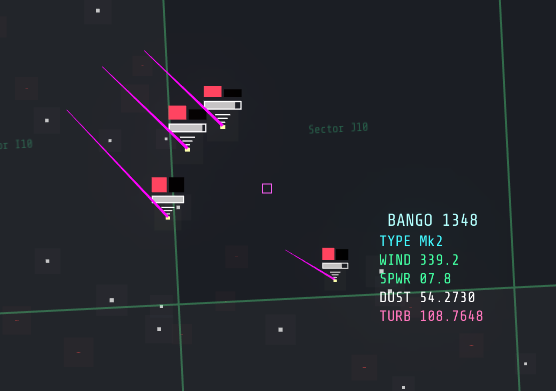 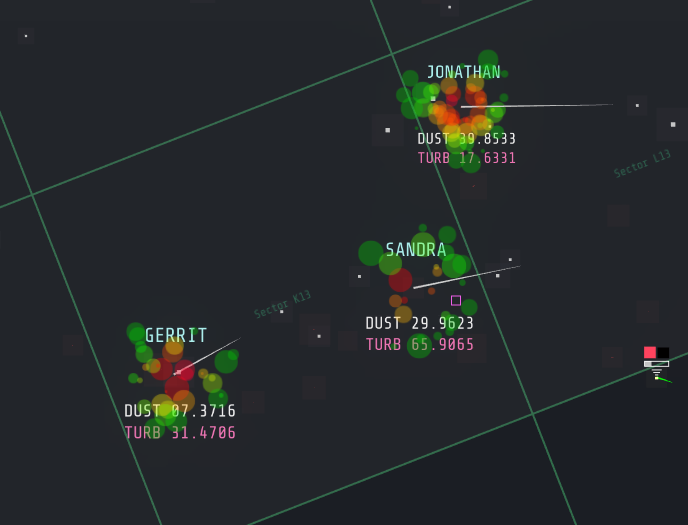 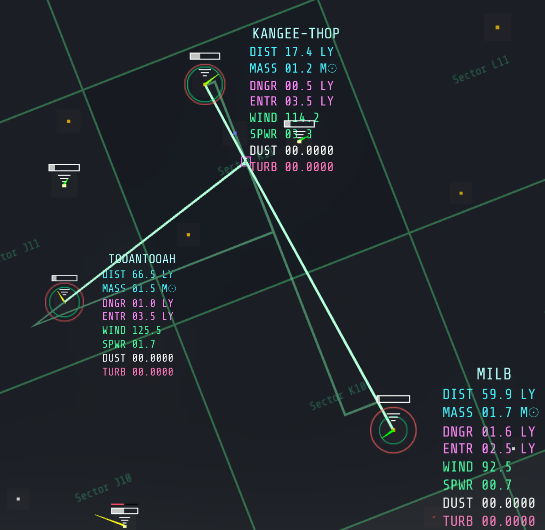