This week as been a polishing week for us as we are getting a stable build ready for Tuesday's Boston Playcrafting event where we will have a table along with a few other Glassknuckle games. To get ready for this event we did a large round of QA and found some odd bugs, fixed them, and added a few new features.

First of all some of the UI has been polished up which means there are a few new icons. One of which is the new Lantern fuel bar which pops up when you have a lantern equipped and displays the amount of fuel you have left to use. 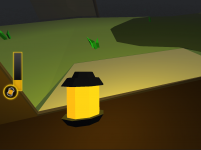 Another new UI element is the coin which displays how much money you have collected. Although there is not currently a way to use money it is still nice to have a snazzy way to display it. 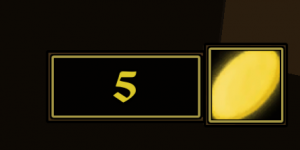 With the upcoming events at Playcrafting and the Pre-Pax Made in MA party presents us a large opportunity to figure out what is working and what isn't working in our game. To attempt to gather more data and feedback than just "it was fun", I have spent this week writing scripts that collect and write data to file from each person who plays the game. This information will allow us to determine how effective each aspect of the game is. It will answer questions like, how does the wind effect the direction the player drives? are there certain islands that are more attractive than others? how effective is hunger or stamina at making players search for food or places to sleep. This alongside with a post-game survey will result in us gathering as much useful information as we can out of these events.

Finally, a large round of QA which resulted in plenty of bug fixes. One odd bug we found was that seagulls would move in very peculiar ways, sometimes not looking the direction they were moving and sometimes going in very odd directions that didn't necessarily correspond with their AI. After inspecting the script it didn't appear anything was off although upon closer inspection it was discovered that each seagull had two instances

As can be seen in the picture above, there are two seagull AIs attached to the seagull, one of which is pointing ahead, the other is pointing to it's left.