After a journey of over 5 years, after many course adjustments and the judicious use of fuel, we approach station NatSel. Repeat: prepare to dock with NatSel.

The Kharaa presence has been confirmed onboard. Before we lost our readings, sensors showed multiple forms moving at incredible speed through the ventilation shafts and maintenance tubes. Expect immediate and intense conflict the moment you deploy.

Control the resources. Defend your base. Listen to your commander. Be prepared to face more and more powerful alien foes. Learn their many forms and abilities, and how to counter them. Find the heart of the Kharaa threat, and eradicate it. The battle begins now. Its outcome rests in your hands.

Luck and victory to us all.

For those who where in the Beta here is the 226 Pre Release Patch Notes. 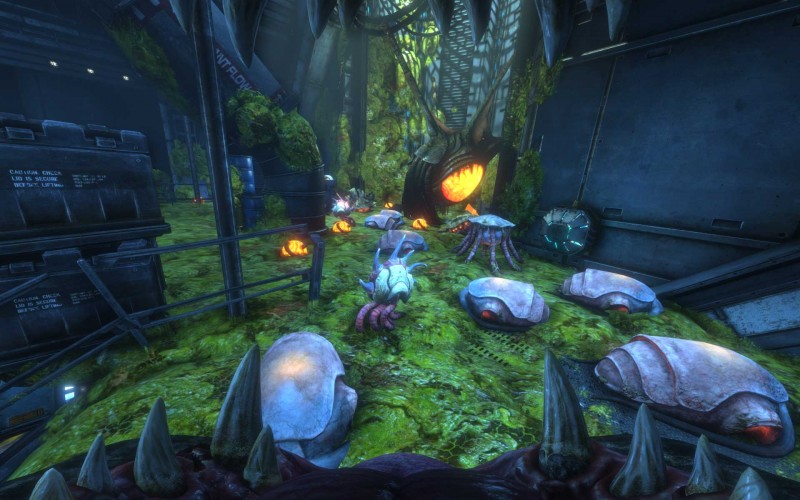 Congratulations on the release, it has been much looked forward to!

a great accomplishment by any measure, congrats UWE!

NS2 Team should have tried to iron out a few more things before releasing :/.
Comm gui is even buggier than last time I played, they have to something about the load times, and im tired of all the pro players stacking against the rookies.
Its getting ridicilous.

I've had a lot of fun for the few hours I've been playing so far, only one crash that I believe was due to my computer not the game and everything is running so smooth. Also just wanted to comment on the playerbase. This is by far my most enjoyable experience with mature and communicative players in any game so far.

Im wondering if the game will also be released on GreenManGaming.com? Im sure im not the only one thats curious, so if you could shed some light on this, i would be very grateful. Thanks and great job on release.

You would still have to activate the game on Steam no matter where you purchased a CD Key from and you would not get it cheaper anywhere else.
Steam powers the authentication and game server listings.

GreenManGaming always has good deals, they usually have specials when you dont see discounts for a game anywhere else.

been having fun, seems like exo spam is abit of a problem we just finished a game that lasted 80minutes with aliens down to one hive for about 15 minutes of play before making an awesome comeback and winning.

This game looks amazing, and I don't only mean graphics, the gameplay, the features and levels are just great. Although it won't run on my PC but it won't stop me from buying this just to support devs :)

WOW, you put so much work into this game! Looks amazing.