It is time for another progress update for NAIRI! Check out a cute little cutscene and read about the development process!

Posted by HomeBearStudio on Apr 1st, 2017

We’ve been very busy implementing menus and a little cutscene into the game to see how everything feels now that the game is, well, turning into a game!
And what better way to start today’s update than by sharing the cutscene video?

So, what were we up to the last couple of weeks?

The menus in particular took quite a bit of time, more than you might think just by looking at them!
There’s a bunch of stuff to consider from a programming point of view, and you can’t forget about the audio effects, either.
Then there are the notifications to make players aware of thing such as how to save.

We’re happy it’s all done now so that we can focus on new gameplay sections, like the poor district in Shirin! We’re thrilled that the design is done
since now we can get started on the actual overworld sections of the game – not to mention having players finally meet another main character: Rex!

Building the menus took a lot of effort from both an art and programming perspective.
For the most part, and to be honest, programming clever solutions to interesting problems is quite fun! Menus? Not so much.
Implementation is a straight-forward, yet laborious affair. Kind of like the “administrative paper work” of programming. 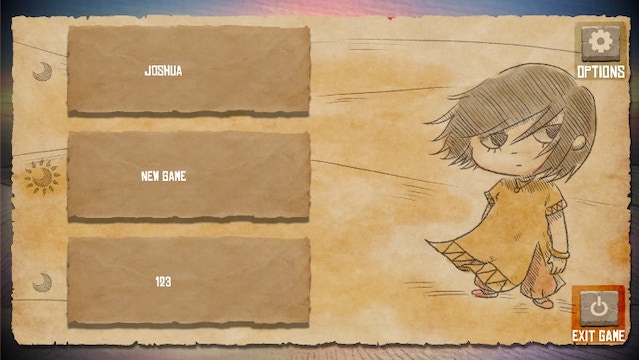 It’s satisfying to have it work, though! We’re quite happy with the results.
We feel the menus have a user-friendly feel to them, with plenty of visual and audio cues to keep them from becoming boring lists of information. 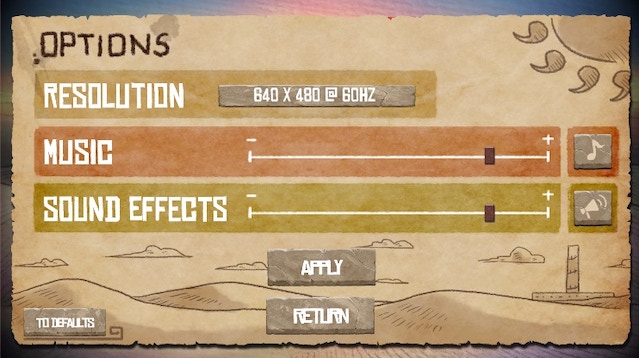 We were happy to find out that Unity has a built-in audio-mixer solution – it saved me some time when implementing the audio volume sliders! 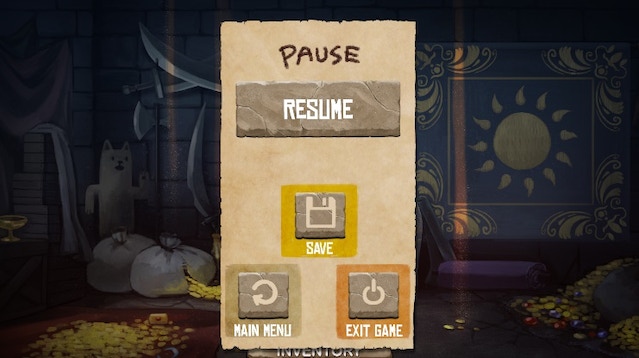 And then there’s the pause menu! How exciting is that?
We wanted to retain the atmosphere created by each stage’s background and music, so we decided to keep the pause-menu low-key, taking a minimum amount of screen estate.

Other work involved making music for the Cat’s Hideout cut scene. It took quite a bit of work to get this particular track right! 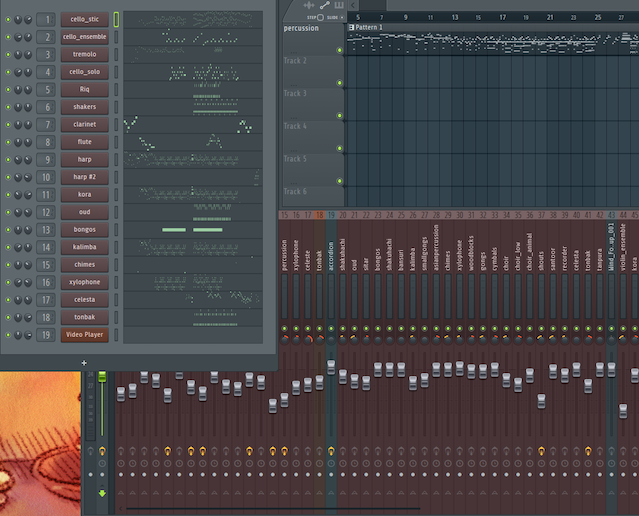 It was challenging to convey mood swings from melancholy to happiness to determination in a span of two minutes.
The music also needed to fit the actual images on-screen, so timing was important. Took me a while, but we’re very happy with the results!

You has been busy working on the background art for the next section of the game: Shirin’s poor district! 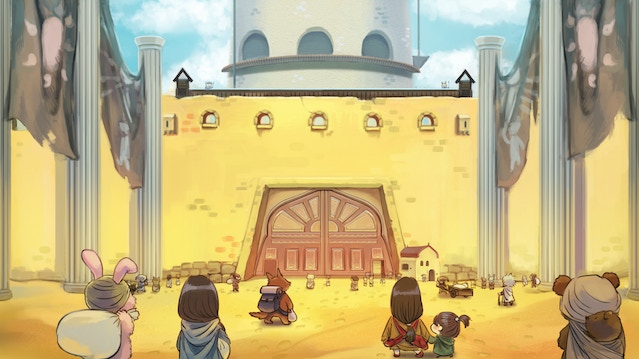 Nairi will enter Shirin from the South side, straight into the city’s poor district where infrastructure and day-time activities almost exclusively
focus on building a mysterious tower on behest of the King of Shirin. 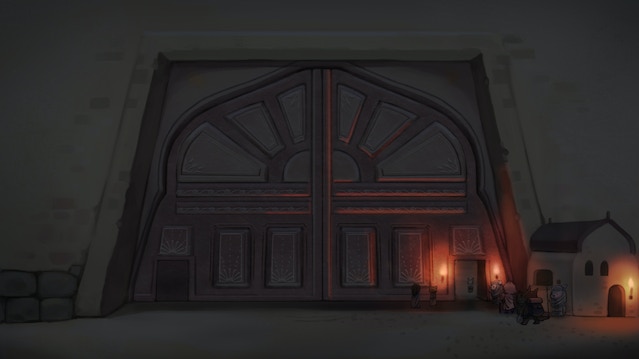 We’ll keep the areas within the great city walls a surprise for now, but You’s already busy on other backgrounds that look cool as heck.
We look forward to sharing more about this part of the game soon, but for now we’ll give you one word as a hint, though: ducks.

Nairi is becoming a real labor of love for us – more than we anticipated during the Kickstarter campaign.
We’re noticing that we’re getting awfully picky on details on all artistic sides of the project, but rest assured that it will all pay off in the end!
We can’t wait to get it all done and have everyone play NAIRI.

Thanks again for reading today’s update. See you next time!