It is time for The first update, so today we will go deeper about the history and the scenario of the game. We will also take a closer look to the main character, his story, his past and his graphic evolution.

Posted by AlexandreTourne on May 1st, 2017

Hello there, this is Alex (Game designer of Bushido...), today we will discuss about the first update; so to understand what is "Bushido The Way of Men", It is important that I talk a little bit about the scenario and the main character of our game.

Don't worry, there will not have spoilers here, just the introducing of our game.

Overview of the game
You play as a Ronin, you have neither privileges, nor social class, you will have to evolve in a world where each action can affect how people are looking at you. As the last member of your clan, you are searching the people who get involved in the murder of your Daimyo (Japanese feudal lords).

Player Role
The player will be able to perform all kinds of quests and render services to different characters
Which he will encounter during his journey. His action must allow the hero to get money, and information.
The money will be used to invest in his equipment while the information to advance in his quest.
The player will be free to choose his path (diplomatic or force) to achieve his goals. 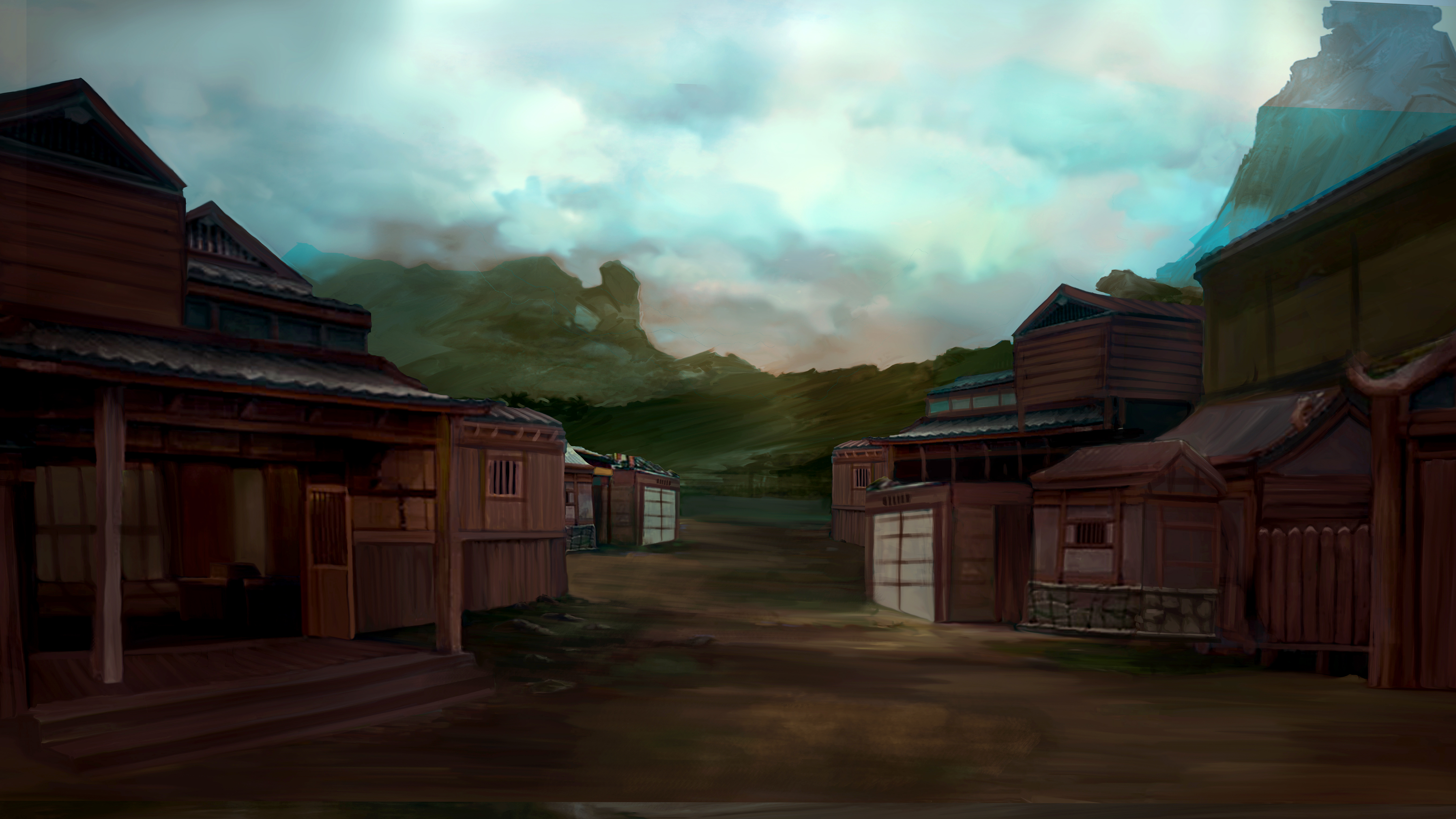 Era of the game 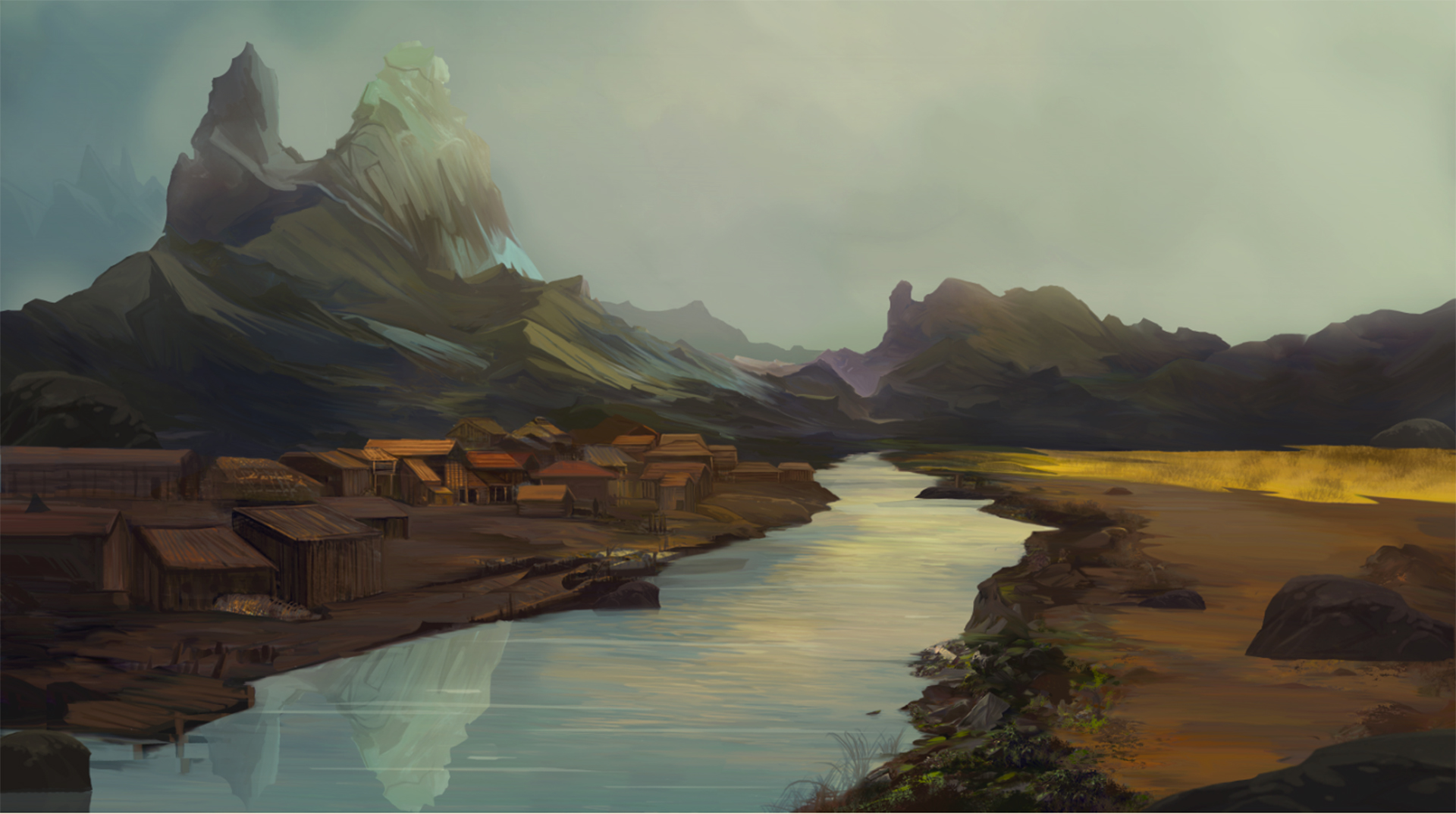 We are in 1603 during the Edo period (1603-1868), a few years after the battle of Sekigahara (1600) which marked the seizure of power of Tokugawa Ieyasu, thus becoming the most powerful military leader of Japan. He established a new capital in Edo (Tokyo) and consolidated the supremacy of his shogunate (government).

His reign brought a development of culture as well as a period of peace; However, in order to control the caste of warriors, it enacts new laws.

Samurai were no longer allowed to change of masters, to marry out of their clan, or to have occupations outside the clan without the consent of their former master. As a result, the samurai who lost his lord or fief was forced to be a Ronin.

These drastic measures increased the number of ronins; Having no status, they were excluded from the Japanese hierarchical feudal system. In fact, even if some choose more humble professions, becoming farmers or Buddhist priests, others turned to a mercenary career, bodyguard and even cutthroats.

Hero of the Game
Oishi Matabei was a samurai belonging to the Chōsokabe clan,
Having lost his master.
Despised by his peers, he tries hard to find a place in this society that rejects it.
His desire for vengeance gives him the strength to continue living. 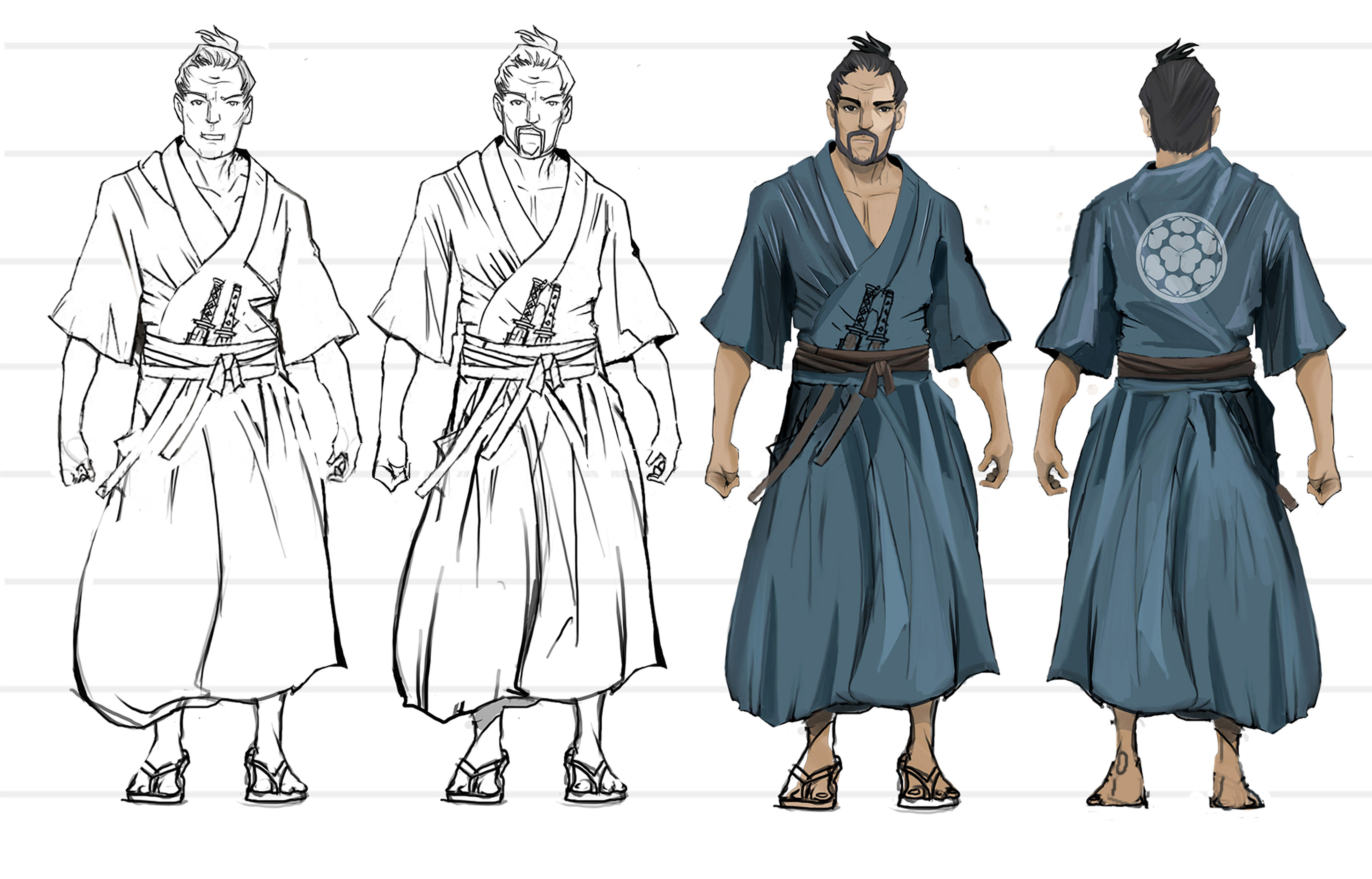 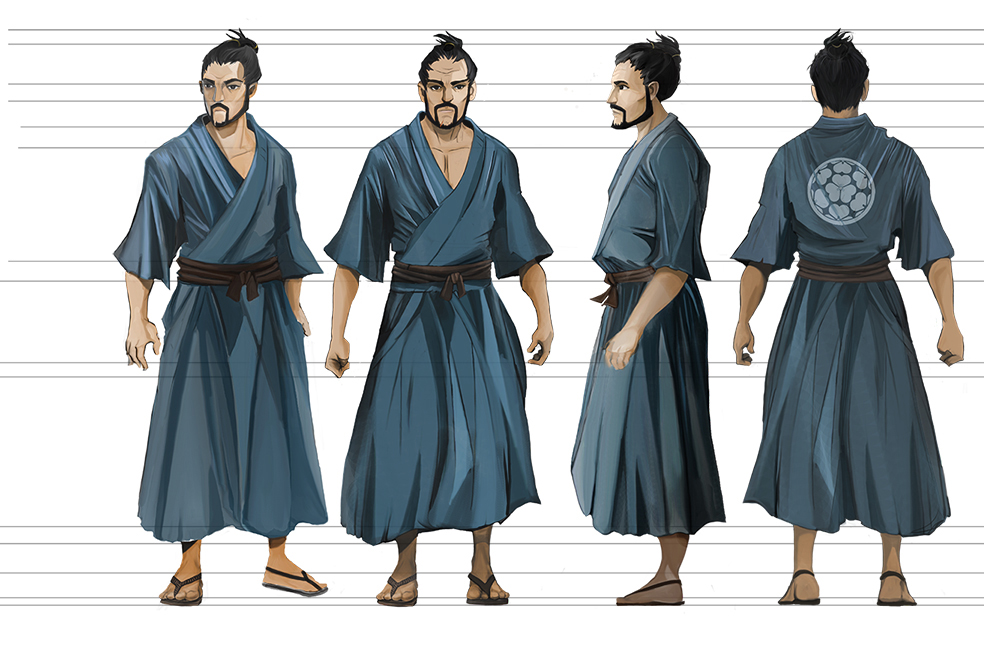 Past of the Hero

The following events relate the past of the Oishi family:
Mototsugu Matabei, Oishi's father was a samurai and weapon master of Chōsokabe clan. He passed his mastery of the saber on to his son, making him a duelist unrivaled.

In 1586, Oishi accompanied his father during the Kyūshū campaign during the Sengoku period( 1467-1603), under the orders of the lord and regent of Japan Toyotomi Hideyoshi. The battle of Hetsugigawa which took place in January 1587 was his first experience of war, but also the last of his father who died in an ambush against the forces of the Shimazu clan.

Following the victory of the forces of Toyotomi Hideyoshi and the Submission of Shimazu, Japan was unified; Oishi Matabei returned to Tosa, the stronghold of his clan where he succeeded to the post of his father. 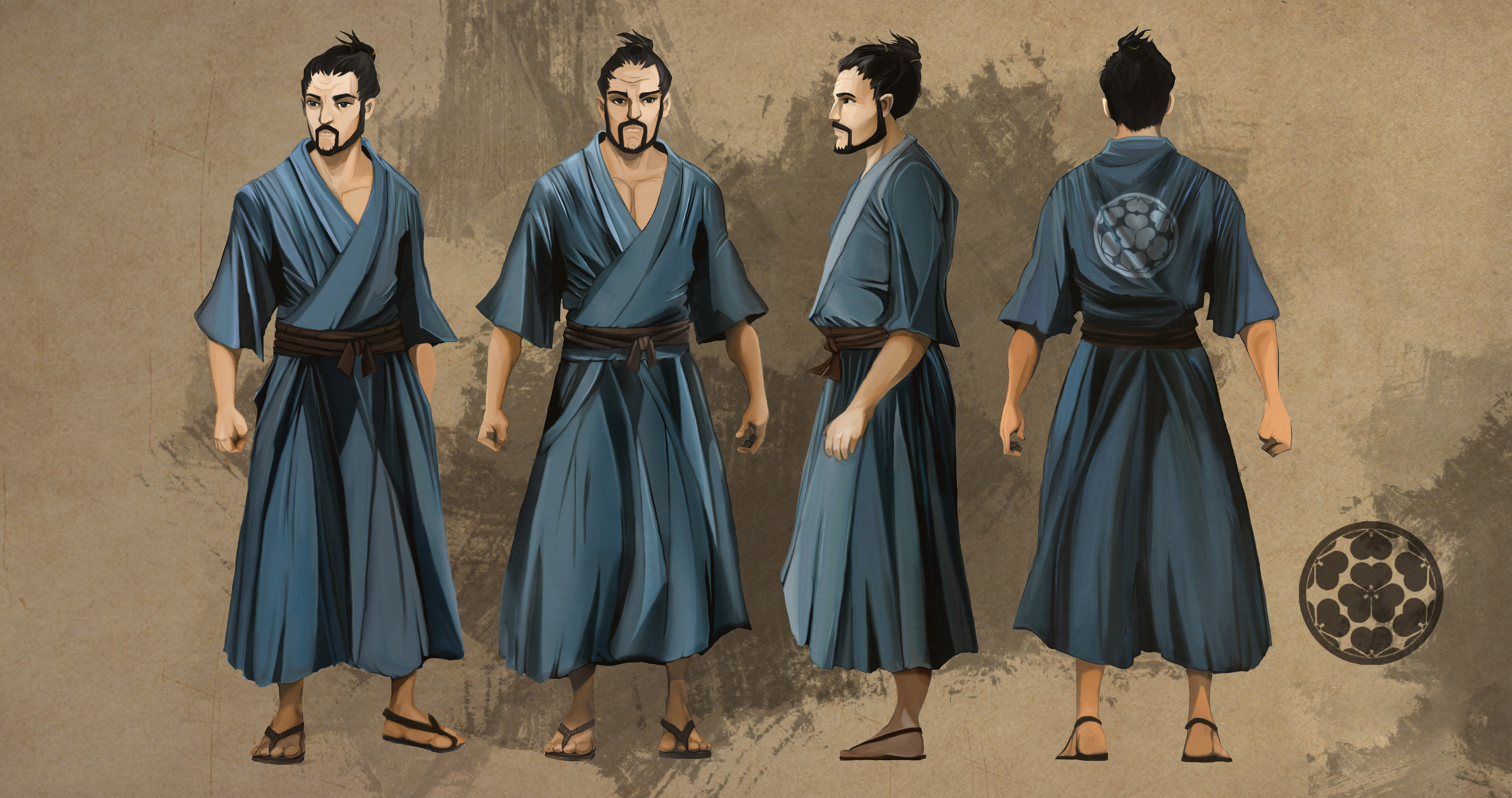 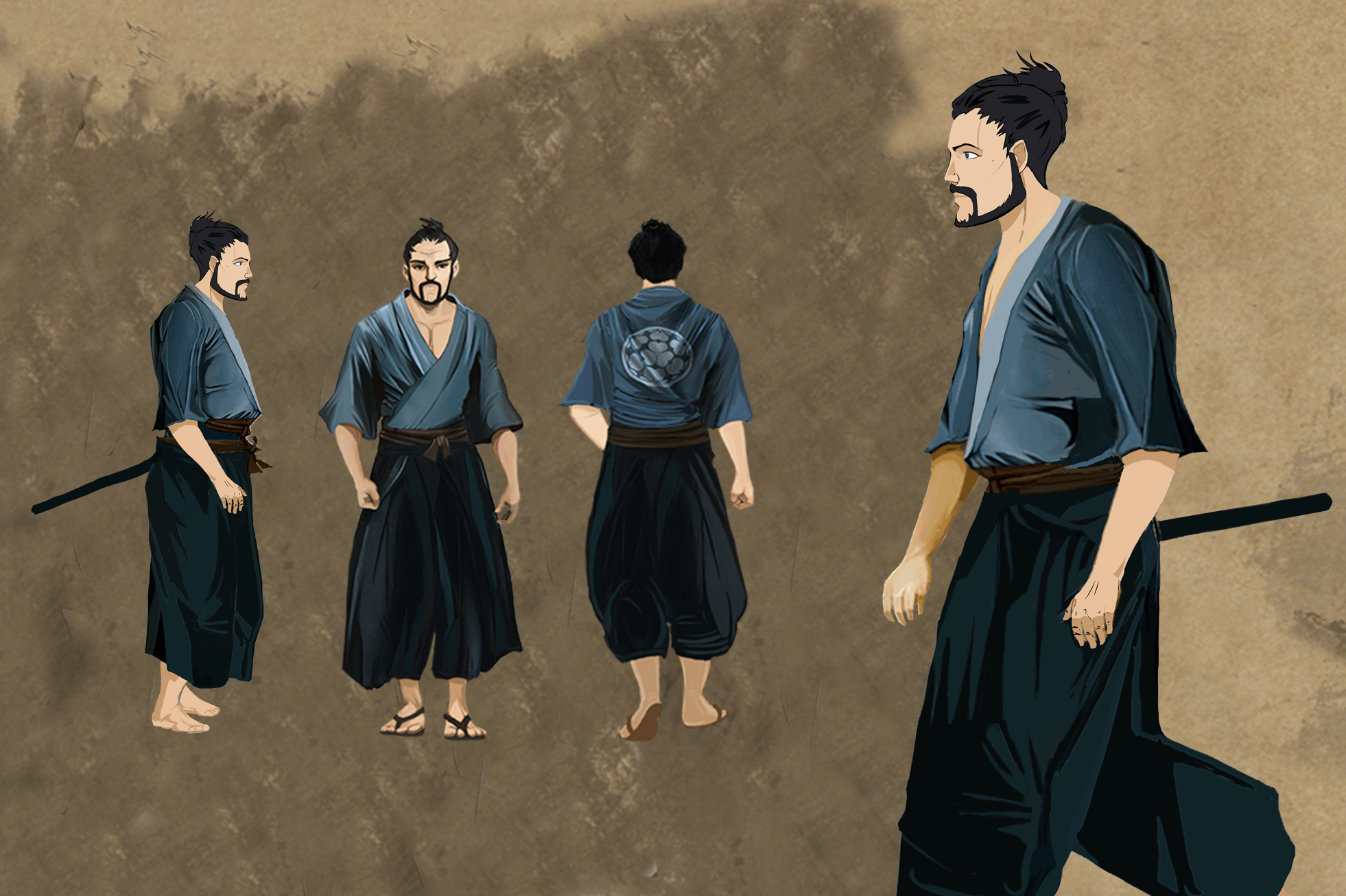 That's all for this update, next time we will finish with the story part. Hope you will like it. There has been a lot of research through books, documentaries, movies to create a realistic story and close to the real feudal period of Japan.