Welcome to a new update! Before we begin we wanted to mention an important milestones you've helped us reach: Legrand Legacy now has over 600 backers!

Posted by LegrandLegacy on Dec 8th, 2016

Welcome to a new update! Before we begin we wanted to mention an important milestones you've helped us reach: Legrand Legacy now has over 600 backers!

We're in the final stretch of the campaign now, so be sure to share the link to this Kickstarter campaign everywhere you can so that you can help us get closer to our funding goal!

Are there any other Legrand Legacy characters we haven’t talked to you about? The answer is yes! There’s one in particular which is pretty much an enigma, and today it’s the day to talk a bit more about him: the Mysterious Hooded Man! 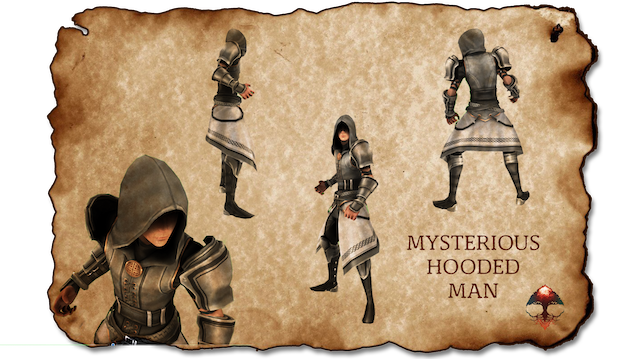 Not much is known about him or his origins. The only thing that is known is that he appeared not long after the Mugna Feud began. But at least his goal seems to be pretty clear: securing all the armament he can. For what purpose? Nobody knows!

He has only been identified as the protégé of the Dark Prince - a being from another dimension bent on the total annihilation of Legrand. Whether this mysterious hooded man is acting on his own accord, is being coerced to do so, or even if he’s possessed, well… you guessed it, nobody knows!

He is extremely proficient in dark, forbidden witchcraft and thus is a force to be reckoned with.

Here is the 3D model for the Mysterious Hooded Man.

THE MYSTERIOUS HOODED MAN by Legrand Legacy on Sketchfab

Who do you think this Mysterious Hooded Man is? Will he succeed in his quest? What do you think of today’s update? Let us know in the comments below!