We've been hiding the game-mode for quite some time! Is it really worth the wait?

7 previous attempts with a game-mode turned up miserable. Most of them could have turned out very nicely, but every single time something went horribly amiss. Needless to say, we've moved onto the 8th and possibly final idea.

While the idea sounds terribly unthoughtful at first, you might realize it gets a little deeper and more thoughtful.

To put it simply, (almost) no matter what you do you will be benefiting your team, which leads your team closer to winning. Every time you help your team, this is called support, or the general motivation your faction has for that particular battle.
Its not 'deathmatch' where you simply kill stuff, but the ability to do mostly anything to help your team. 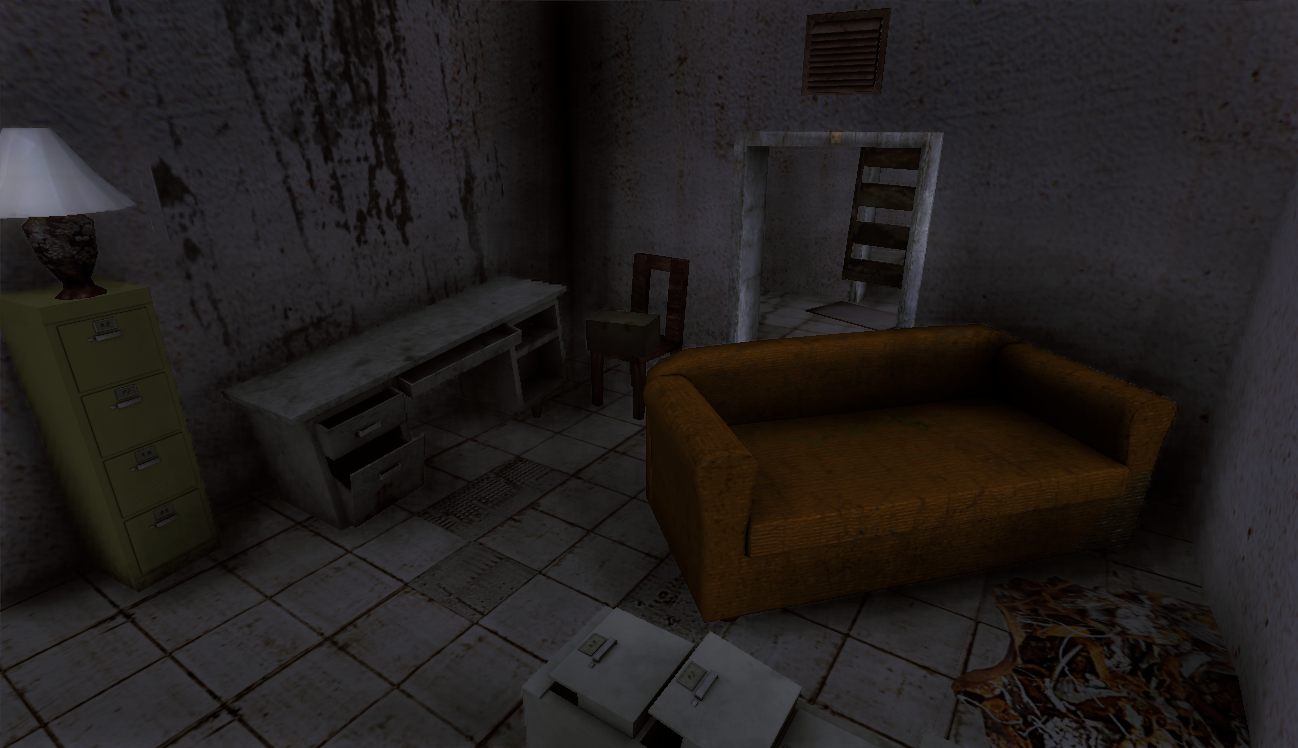 To explain this a little more, essentially everything you do will add a little bit of support for your team. Exploring new areas, finding items, killing infested, and killing enemies are some major ways to gain support. Things like holding a strategical area, traveling with team-mates, and simply walking around are some lesser ways to gain support.

Killing your own team obviously makes your team lose support. Kill enough of them and your faction will force you to be 'renegade'. That is, no longer with an actual faction. Now you can wander wherever you like and kill whoever you like. Your now a lone wolf for the infested and your angry team mates to hunt!

So how do you win? Simply continue doing whatever you need to win! Killing infested and keeping enemies away from strategical points and supplies is the way to go! 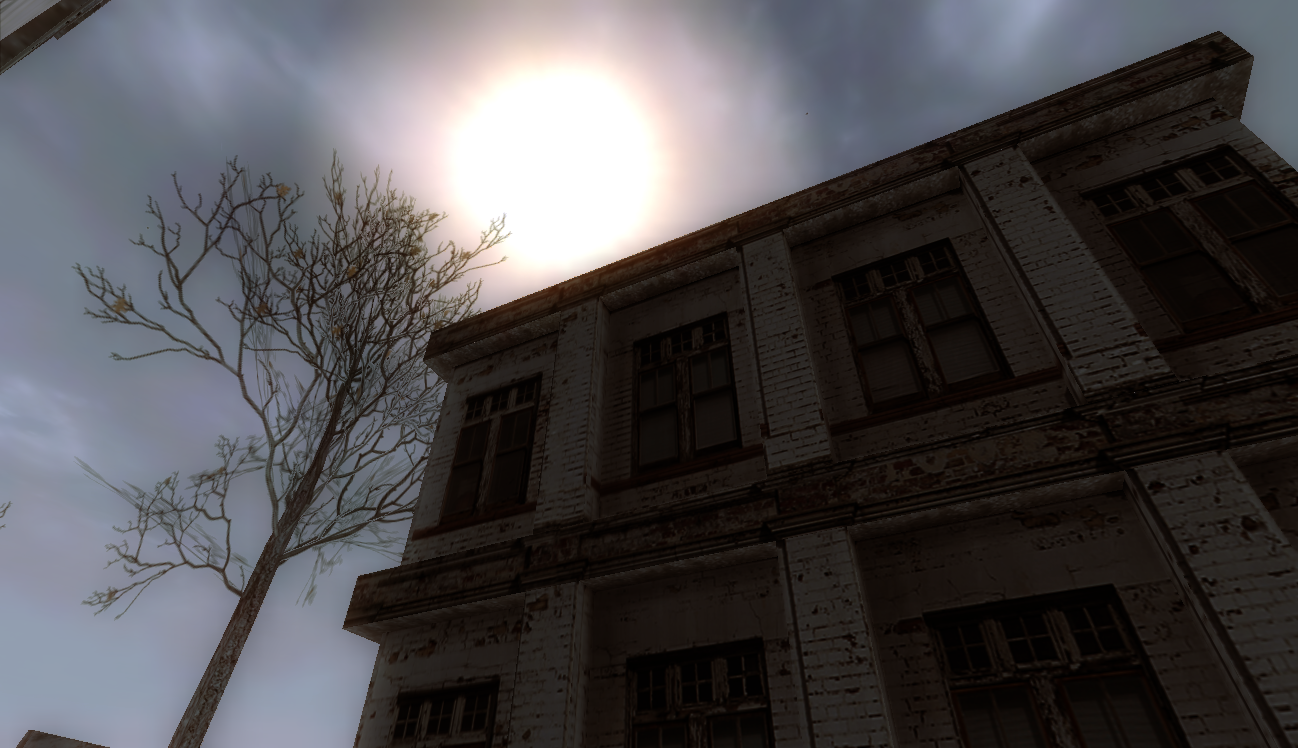 The game-mode will also change largely on missions. Some missions won't have infested, while others may have more than enough! Some missions will offer strategical locations, objects to find and capture, and more! For co-op missions, the same general rules apply, only players are trying to reach a destination while still keeping up their support.

Lastly, we've been creating a neat system for those adventurous types! Now the idea is intensely just an idea, but here is what we got so far:

As you already may know, we have plans for co-operative play. Well we tossed around the idea of hiding certain objects in-game with some sort or background history. Going to our website and typing in the key words you find will reveal more info about that particular item!

Some might actually be clues to a bigger piece of a bigger puzzle, but I won't say more than that!

We'd appreciate any comments! In fact we encourage them! Any constructive criticism is benefiting us to refine our ideas, so go ahead and comment!

Thanks for reading!
Go to the Crimson Crow

I cant say it clarifies but at least enhanced my curiosity for it.

Interesting, but the question is can you pull it off right? This seems like it'll take intricate details, that fit together just perfectly, for much fun. Otherwise, it'll just be like dropping you into a battlefield with a gun. No real objectives, just do whatever you want. Such sandbox gameplay is hard to nail down, but if you can do it right you're assured a great game. Good luck, I hope you get it right.

We've had that worry too. Some good ol' internal alphas and many tweaks will do us good.

Sounds great, but like CoachShogun20 said, definitely something hard to pull off.

I have faith though, keep up the good work. :)

I like the idea of this. This could very well be a breath of fresh air, but I admit being skeptical. I imagine the game will sort of resemble a forum: tight nit cliques, lone wolves and a loose overarching sense of community and team work all mixed together.

Huh...very interesting...definitely a fresh idea, though like a few others said, it also sounds complicated to pull off.

That's very interesting. It will be great to see how you pull it off, and if you can.

Also this special items idea sounds good, but it could be hard to get players to pick this stuff up then actually go to your site to find out more unless there was something bigger to it.

Its really no fun unless there is something bigger to it!
I personally find exploring fun when you find stuff, like neat weapons.

You guys are totally making teamkilling a good thing :O I'd probably go for Renegade every time I could lol.

There are several dis-advantages to not having a faction.
Originally we had some plans for renegade characters to play as the infested, but then who wouldn't want to be an infested?

capture the flag (or base) with infection system? nice concept

Well really, depending on the map, it can be capturing flags or bases or no locations at all.
Its a very flexible system.

Have u a years when ur game coming out? And a % of finish?

In all honesty, 85%-90% for a public release.
We get some animations done and about a dozen models, and thats basically it.

You will finish in time, all powerful and wise Ninjadave.
xD

Wha! the moment for play coming, i hope it is long game, and too intensive like the hunted chronicle 2! Have u other projet game?!

As of right now I don't really have any other major projects, just a major on the back-burner.

Maybe after the first release I'll take a break for a bit.

u are tired with this game!

That does sound kind of bad.
I mean more or less at least a week to get other things sorted out.
Its good to keep the stress low.

This game mode will be amazing! :D

wow that's such an awesome idea of a mode!
being a renegade would be fun but also evil >:D