One month has passed already since Myriavora launched into Steam Early Access. It's time to take a closer look at what I've achieved since then.

Camp Vigoris brought a new defense unit, the time bubble. It works similar to the time dilation skill, but is permanently available. The unit overlaps with an ice turret, providing a powerful defense in the intersection area if you manage to stay there. If not, there's light forest nearby to take cover in. 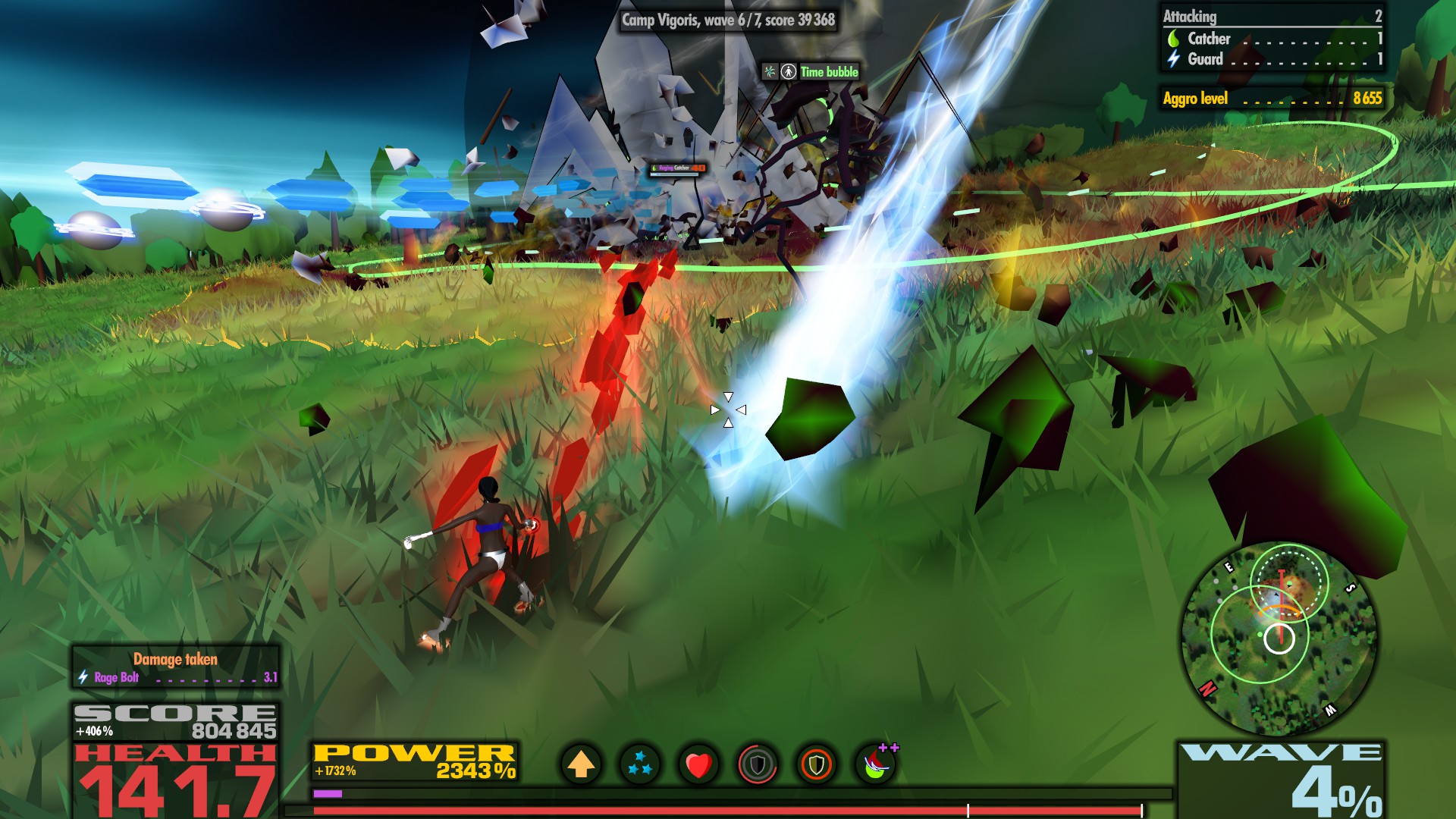 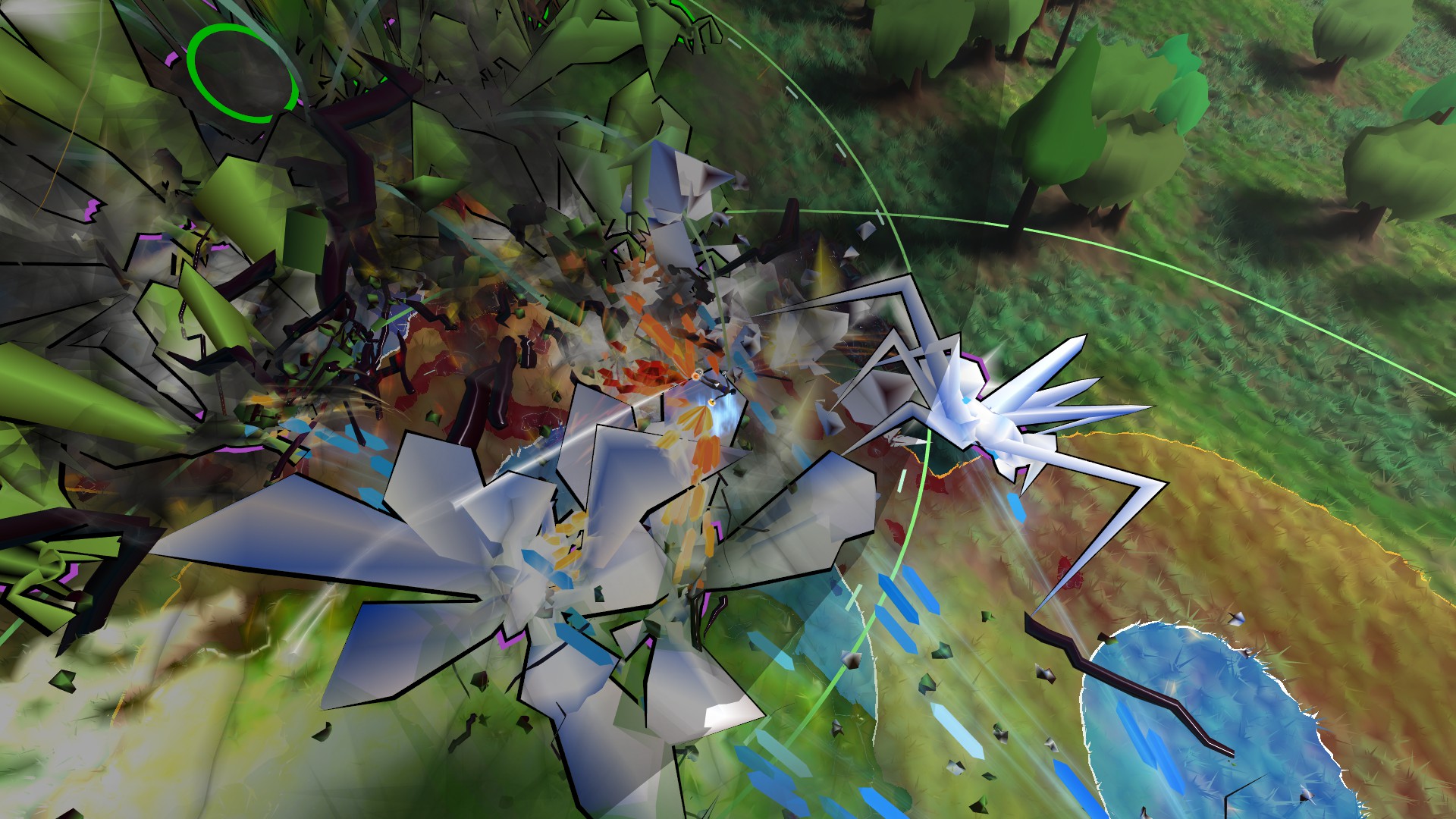 At Camp Nectaris I decided to kick the new time bubbles into high gear: I put four of them on the map together. It made sense here because the terrain does not offer any natural cover. The bubbles are time-controlled and overlap with two big resonators. When you pay attention to the activation pattern, the defenses can be hilariously effective. 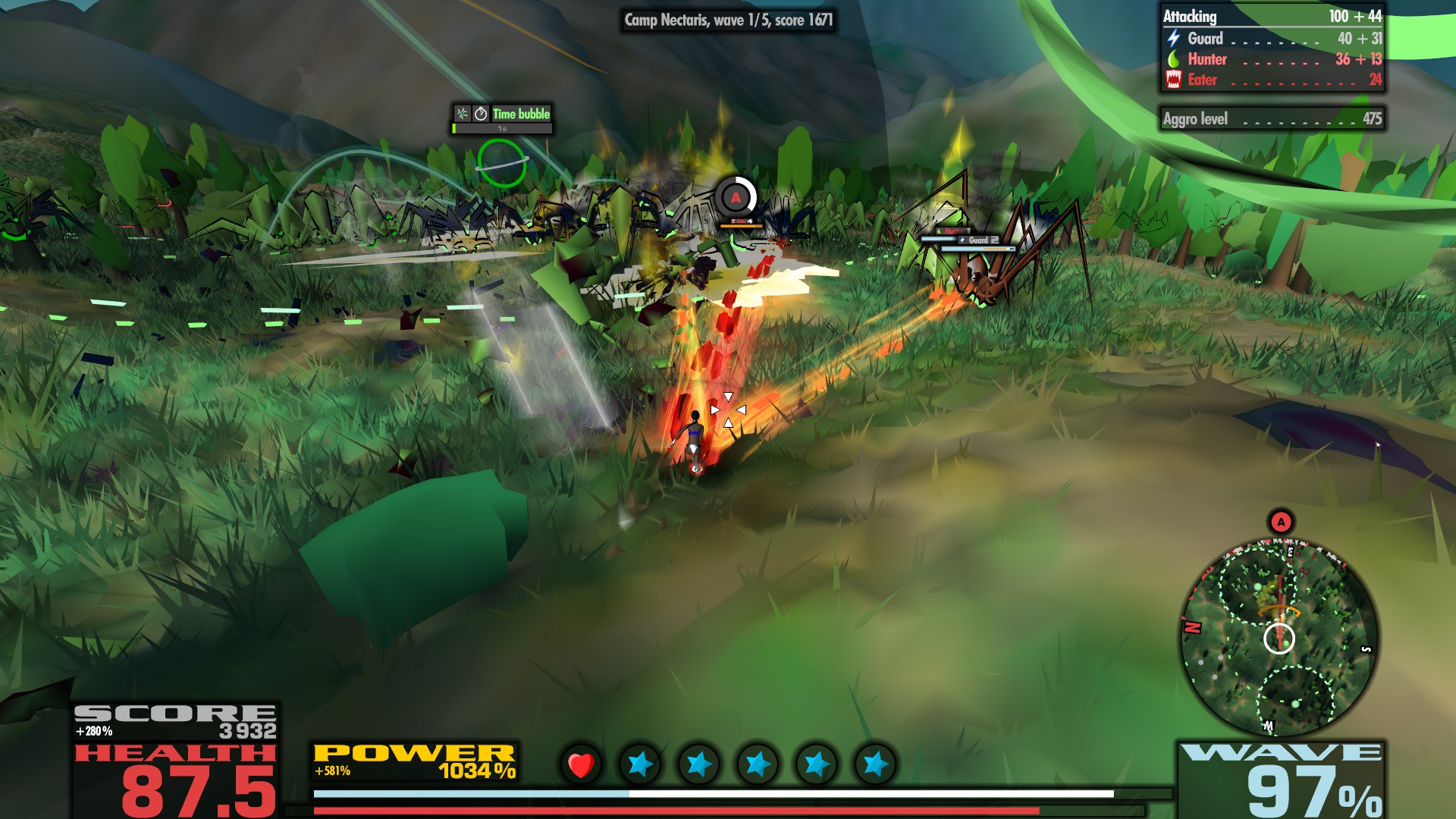 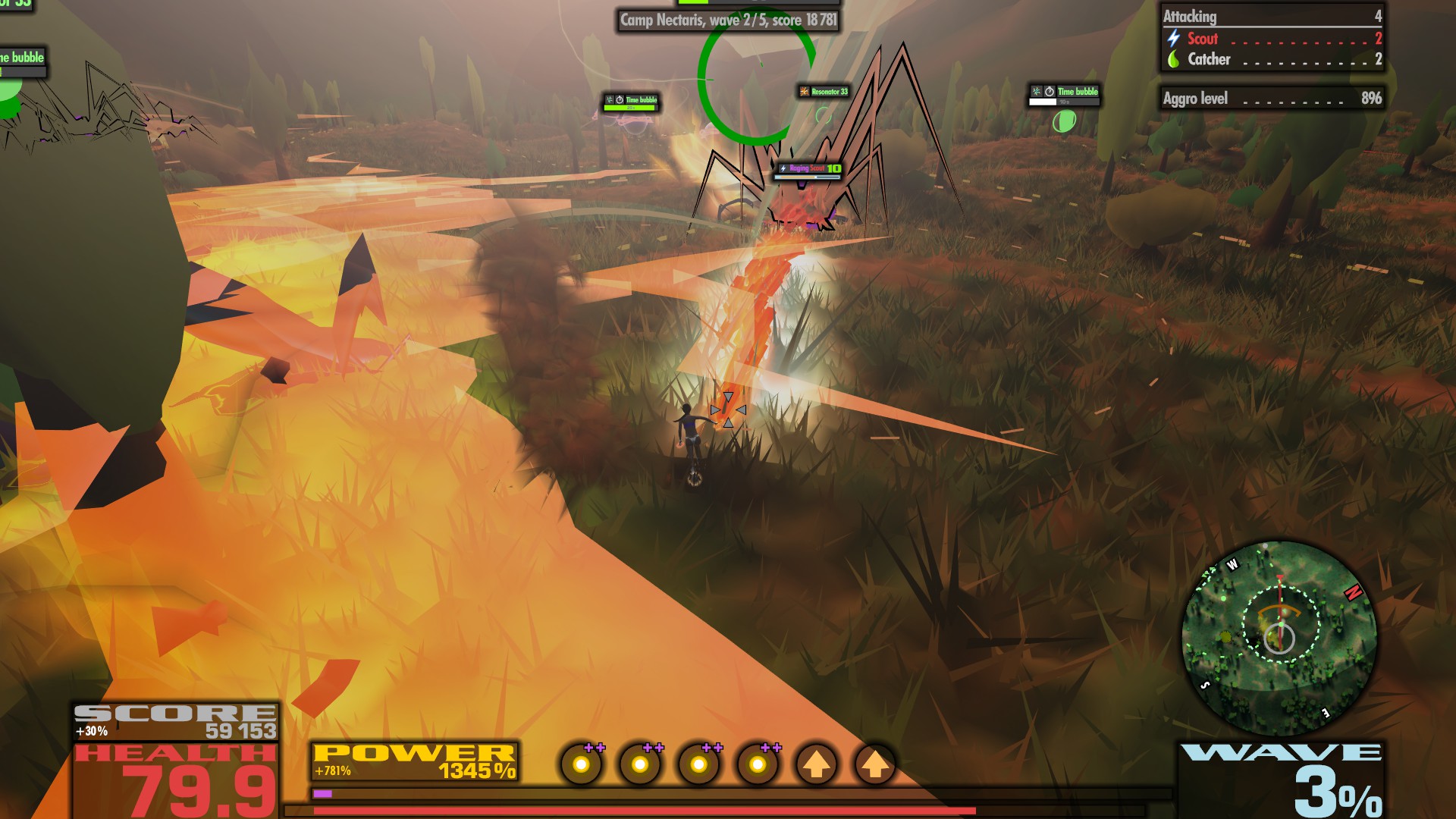 When testing this map I discovered and fixed a bug in the way the AI interacted with time bubbles. I also realized that the game was too stingy with loot on lower levels of difficulty, so there's now an item reward after every successful battle.

Camp Manna is a big hill with four manually triggered frost shock defenses. Initially, I put even more defenses on the map, but I removed all of them when I realized how much fun these frost shocks are. NatureBoy01 suggested that it's because they're OP, and maybe they are. But I think a big part of the fun comes from the frost shocks being so slow that you need to take the delay into account when triggering them. When you get it right, it's super satisfying! 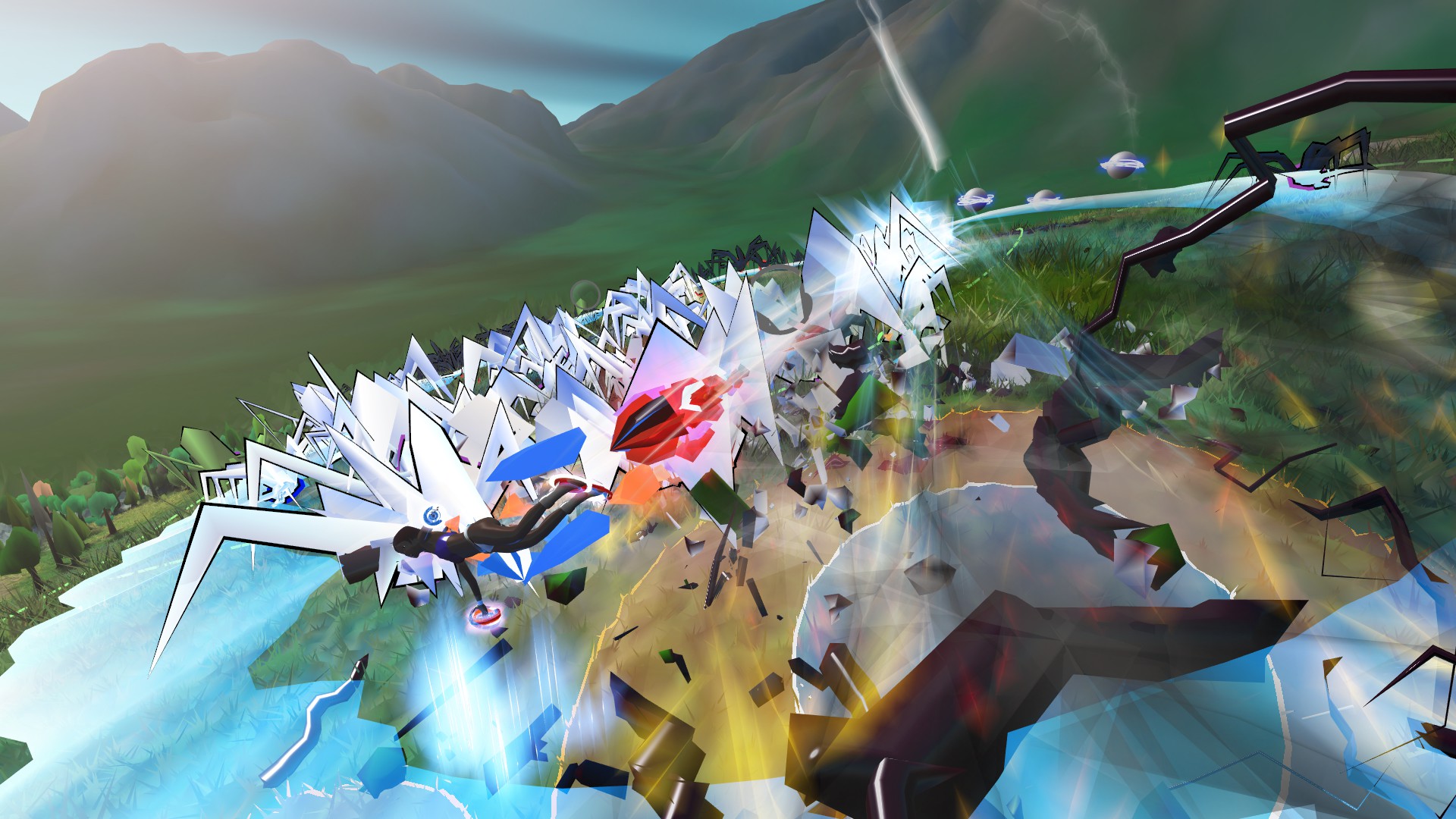 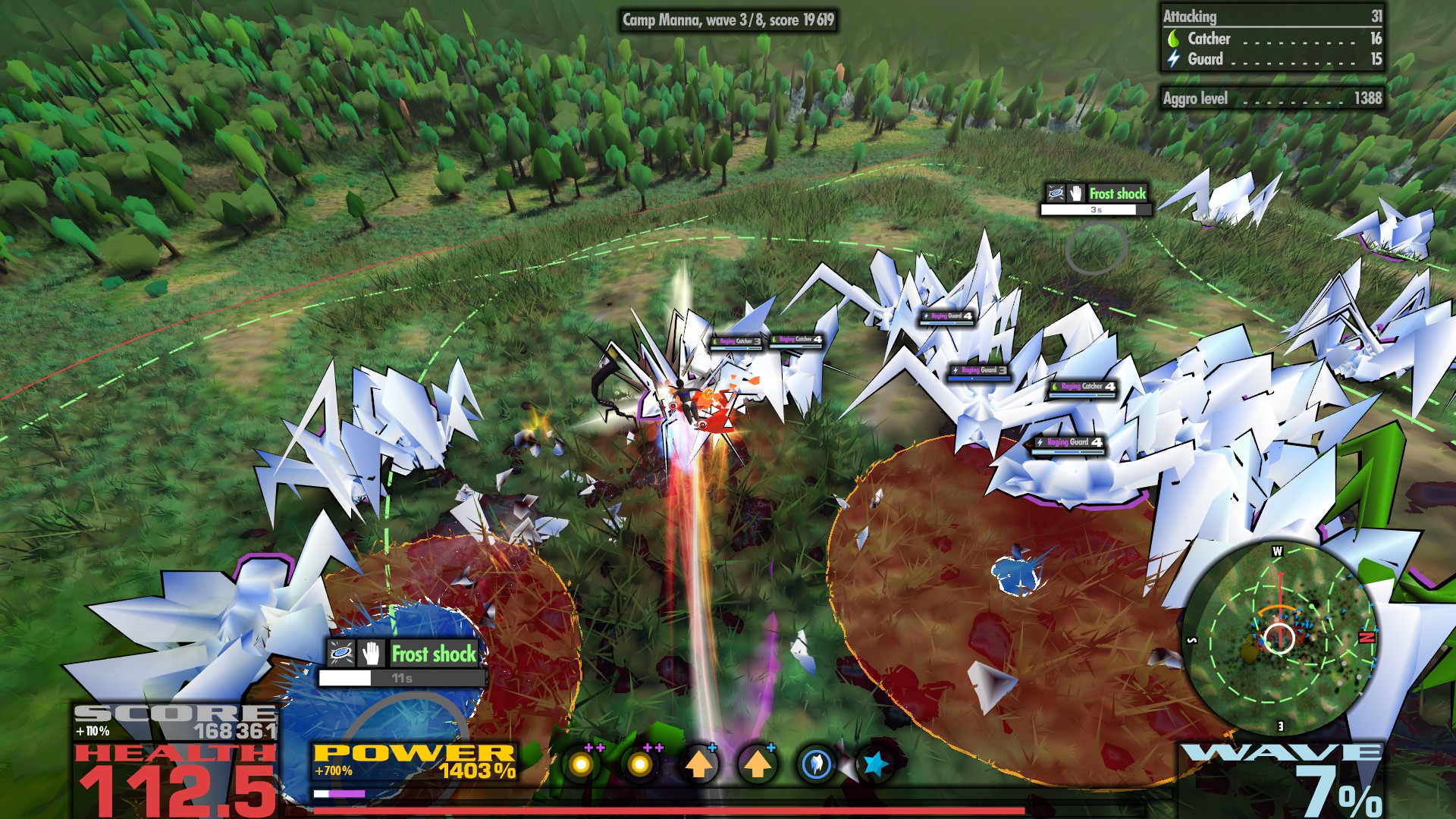 During the time I tested Camp Manna, I became increasingly unhappy with my game's crafting system. It was supposed to allow for fine-tuning your loadout as well as your outfit. It did, in fact, an excellent job at both of these, just not at the same time. That's unacceptable! So, I implemented a means to transfer the entire look of a piece of clothing to another one. This way, you can have exactly the skills that you want in the exact outfit that you want.

Camp Fertilitatis introduced a new enemy type: the Conqueror. This elite spider attacks with a long-lasting poison that stays corrosive for several minutes. The puddles are less toxic than those from other spiders, but they're going to pile up over time, eating away precious ground to walk on.

Fortunately, the camp comes with powerful defenses. Ice turrets keep enemies at bay and dialysis stations help you get rid of toxins in your bloodstream. Switching between these units at the right moment can be challenging though. 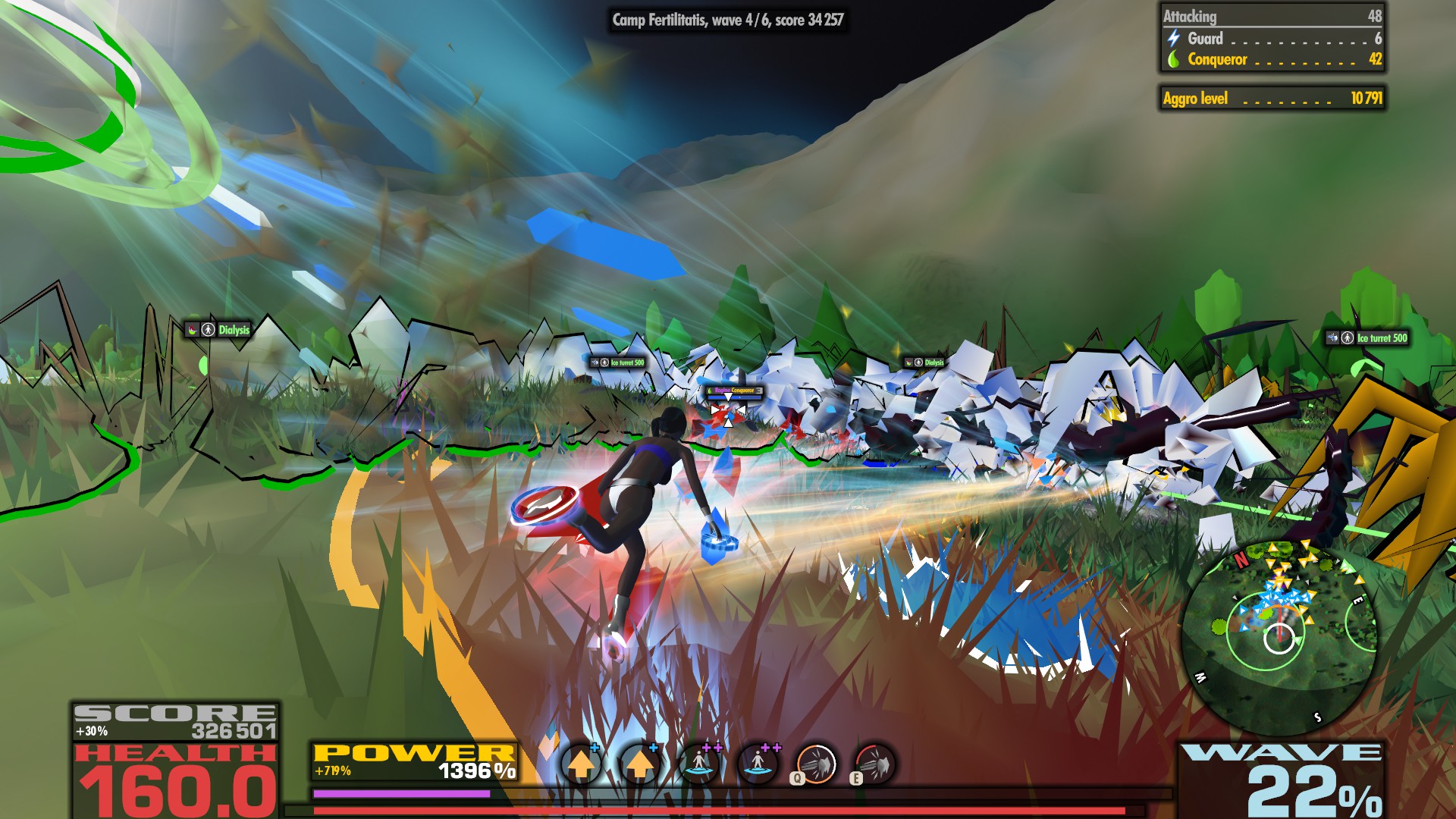 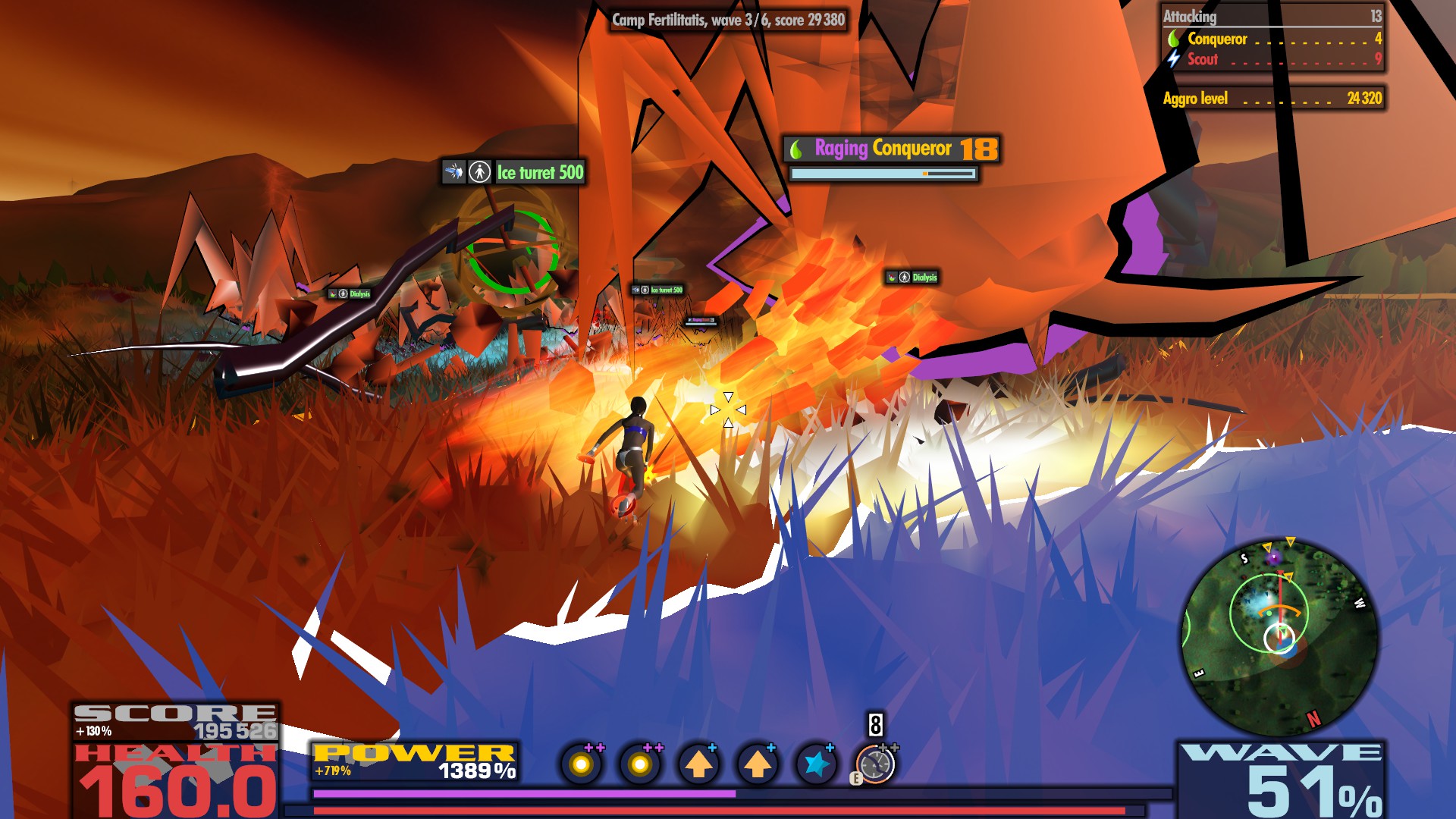 Check out Myriavora on Steam