Let me share with you my story after 1 month of playing. With 20 days of playtime!

I started the game, and followed through the missions. I learnt all stuffs about the beginning:
Basic units are plant-like creatures, you have to plant them to grow them, and then train them to specialize them.
The more farmers you have, the more farmers you get. But the more units you have, the more things they demand.
As you progress further in the game, more and more problems are coming, what you need to face and solve them.
Deforestation. Shortage of resources. Not enough efficient doctors.
You can solve them with science, or ship production, but you need to specialize units for those tasks.
Scientists, Engineers, Doctors.
After you start producing spaceships, you can start mining resources, and use that to boost your production, what was slowed down a bit while you solved all your problems.
You are getting comfy in the situation, when you realize you are not alone in the universe.
You need to compete with others for the resources.
And if it comes down to it, military!

Okay, but I don't like fighting.
No worries, I can just play my idle game by trading on the market, flipping resources, or just being a math genius and getting profit off the stock market.

After I maxed out my planet as far as I could until progression slowed down too much and couldn't expand quickly enough, I decided to let's go, and colonize!

With all my previous knowledge, I know what resource I have to aim for, and chose the place for it.

Now at this moment I am managing my 3 planets and preparing for the 4th one.

So far I think this game can really entertain with it's unique meme-like art-style combined with it's nicely done 3d animated objects, galaxy map, and customizations. And this is still just the beginning of this alpha game.

If you think you see the fun in this game, and think it worth your time, don't hesitate and join us! 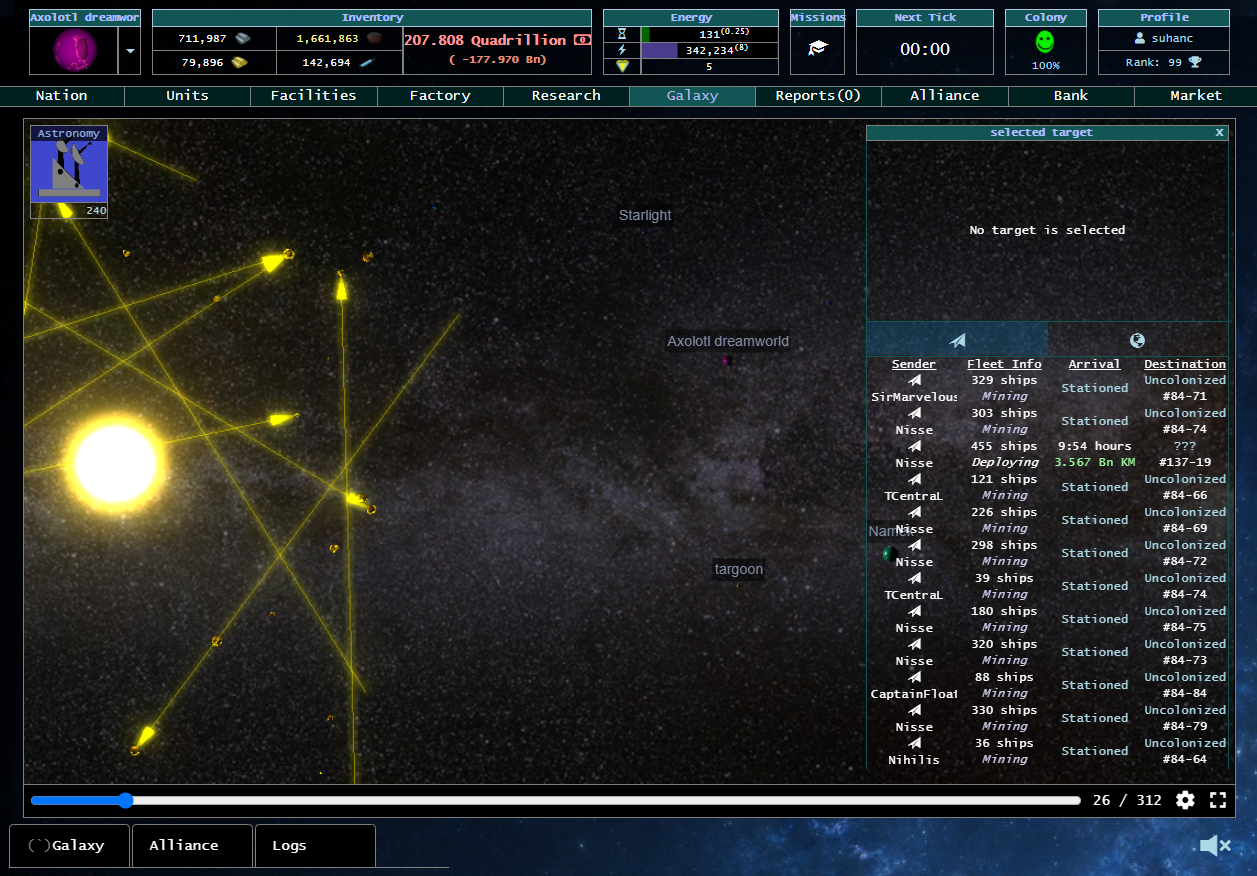 Been enjoying this game as a second monitor type of game, leave it open and check back every now and again to see how it progresses. Heavily enjoying it so far for the content thats in it. Would recommend to players looking for a casual gaming experience.