Learn more about the music of our game from our Audio Director, DS Wallace. He shares some of the first tracks he's made as well as the inspiration behind the music of Outland 17: Void of LIberty 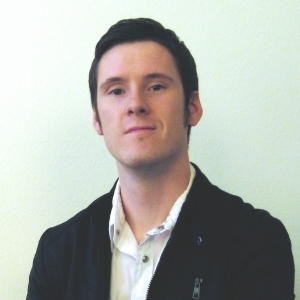 Outland 17's setting provides an amazing opportunity for music. While The Revolutionary War is still somewhat early for cultural development in the United States, there's a wealth of marching tunes, state tunes, ballads, drinking tunes, and other thematic and orchestral devices which can be harnessed to create a rich soundtrack for the game.Additionally, the culture which arose out of the founding of America also birthed many tunes which are relevant to our soundtrack as well, making an exciting prospect for joining the story's beginning to its direction and ultimate end. Combine this with science fiction and digital elements, and I can barely contain my excitement over the great opportunity to create entirely new soundscapes rooted in history.

The easiest way to begin explaining the result of this combination and the opportunity to homage the distant past is to take a look at the music we've already released in conjunction with our various videos. For the teaser and the trailer, we used thematic elements and even the tunes of Yankee Doodle, combined with elements and beats pulled both from revolutionary marching music and Dubstep. Elements of marching drums and strings lie next to lush synthetics, some of which are reminiscent of WubWub, while we altered the chords to reflect the serious nature of the game and war.

The chords and thematic movements will likely continue to be a difficulty when constructing music based around songs from this time period. Even many of the works written after the war were used to keep people's spirits up, which doesn't necessarily make for a great game soundtrack. Happiness is good when a commander wants to keep troop morale up, but it's not very appropriate when playing as a viewer, so we've adjusted many of the chords to be less lighthearted, using open fifths or minor movements more often.

To some degree, the historical musicology requirement has greatly added to the work required on the score, but the diversity and complexity found in both colloquial music and the classical music of the upper classes will offset the extra work with immense and beautiful benefit.

If you'd like to see more about our project, check out our feature at the Square Enix Collective!