I performed the implementation of various functionalities and also performed a series of adjustments in the mechanics of the game (in many aspects), check!

I have divided my time between adjustments in the mechanics of the game and perform the insertion of completed models (modelling, uvmap and animations) inside the engine of the game.

Quickly passing the information that another template was finalized and soon should I put into the game to work. The crocochefe is an enemy that will take work, because it has high resistance to most of the towers and also invokes small crocodiles to attack the base

Since I designed the Aeropopo model, the idea was to make sure he had some sort of force field, so the towers cannot reach him directly.First you need to make the force field is broken so I can hit the enemy directly. 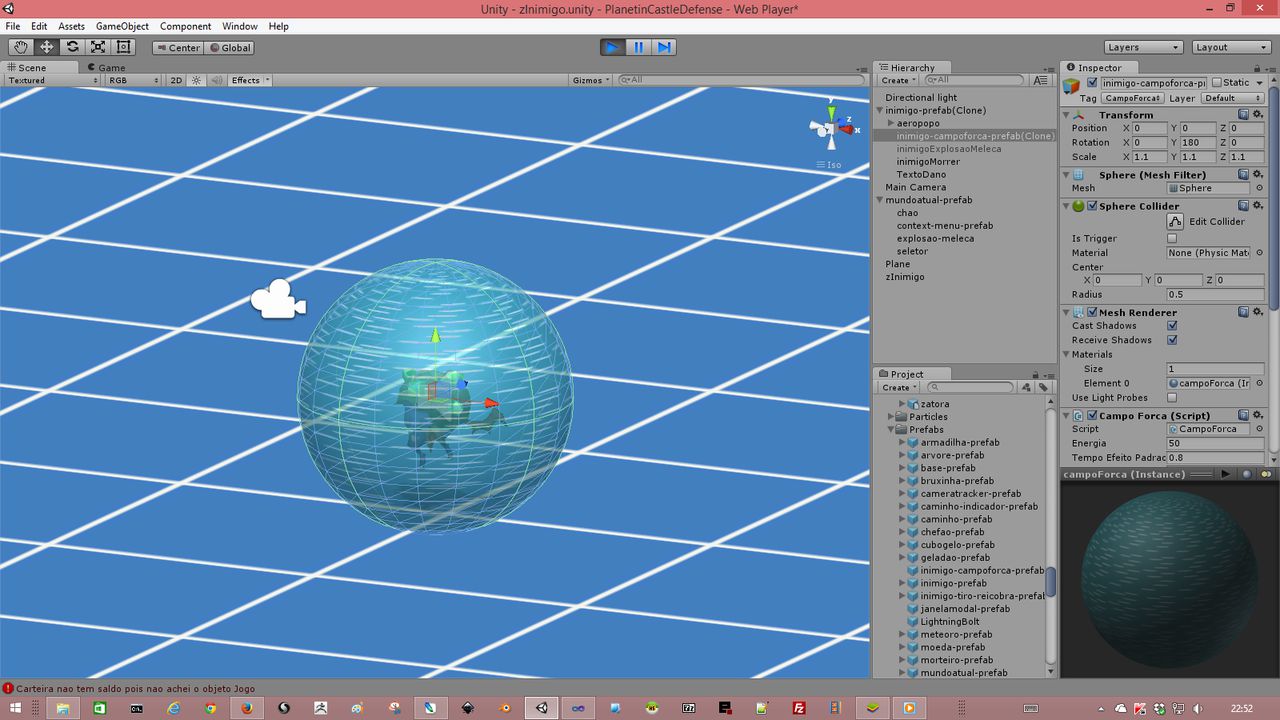 Well, after a few hours the process was completed and is already in operation within the game. 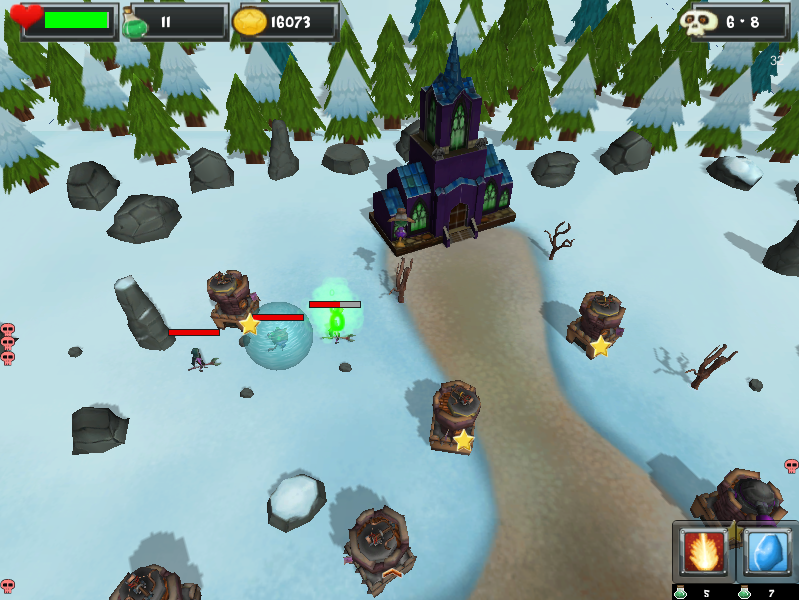 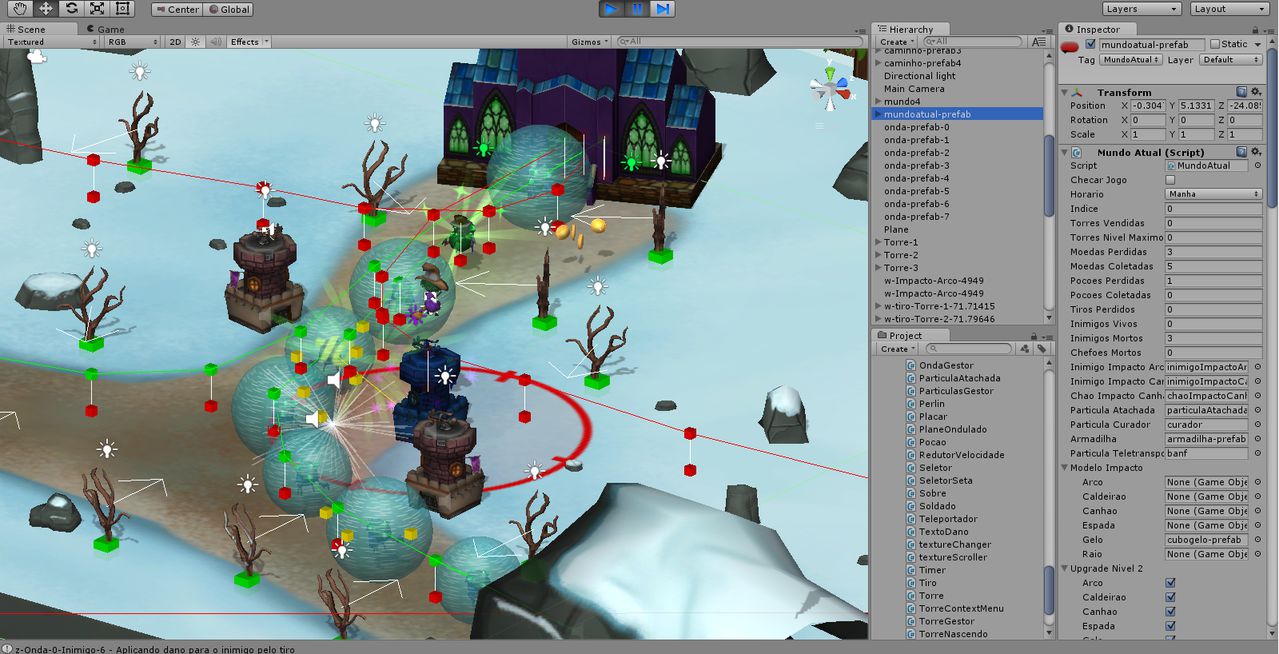 Another update that I performed in this game is the projection system of clouds, now using the Unity spotlight was simpler to work with this effect that gives more life to the scenario. 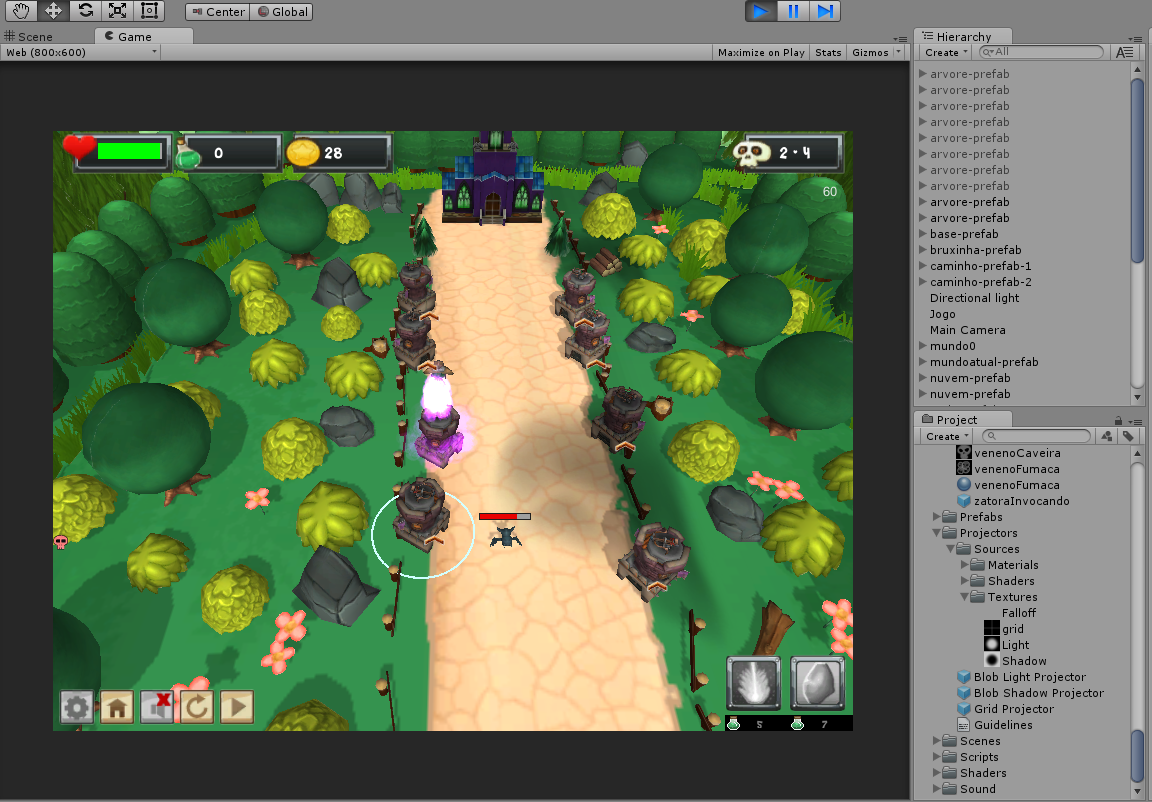 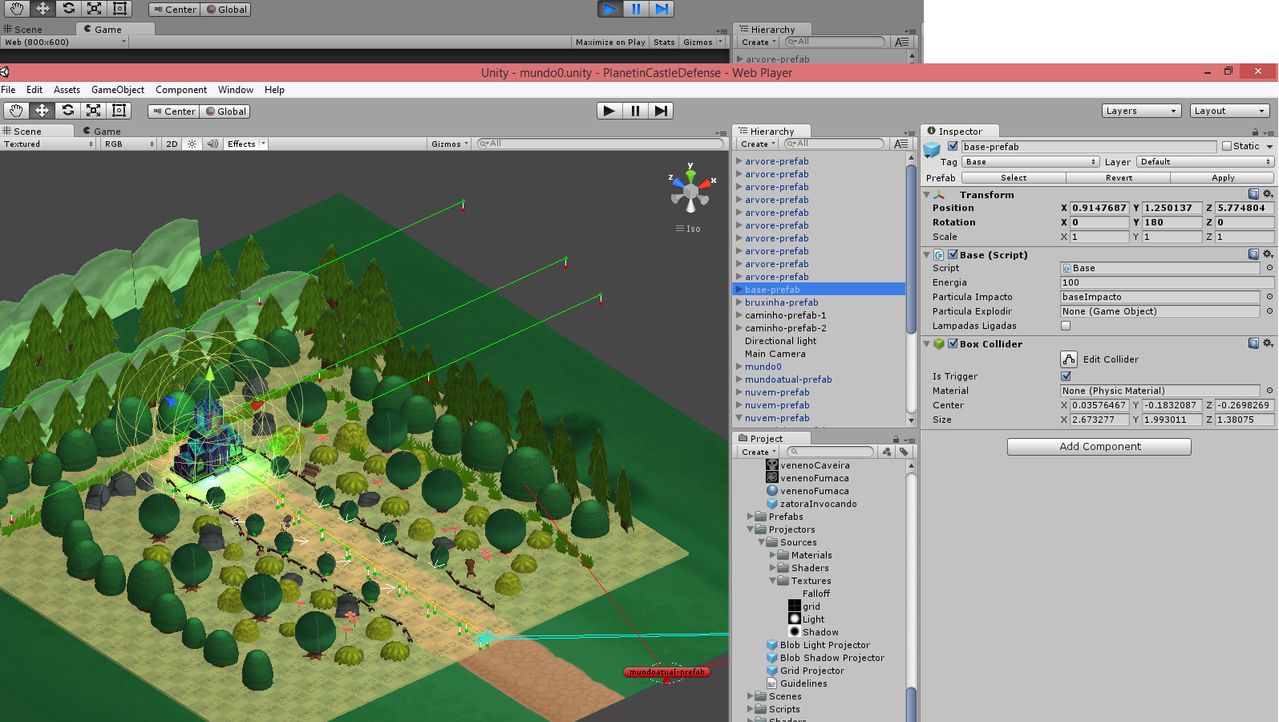