Endure development is once again fully active, this survival sandbox style game will now feature radioactive Zombies and be multi-player!

We have tested a basic server/client with 5 players running about loading chunks of the map and the server responded well even though on a low bandwidth VPS. A test client will be made available to a group of people shortly. 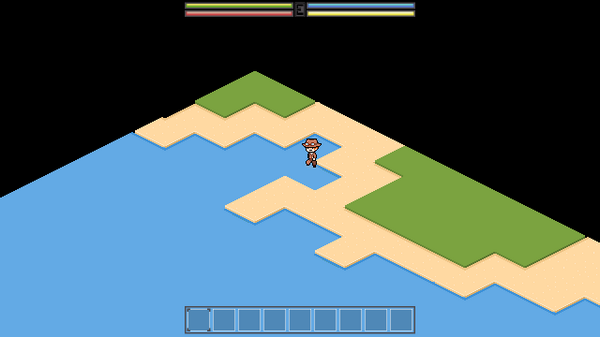 Future
As well as the original concept of surviving on an island which included hunting, fishing, crafting and much more Endure will now also feature a larger City, weapons, leveling etc.

We are planning on creating a starter island for players to learn how to play and avoid more experienced (geared) players. Once you have gained enough supplies you will make your way to the main and much larger island.

Testers
It would be great to have a small number of players who are interested in the game from as early as possible. If you are interested please let me know on here or Twitter, please be aware this game is in very early stages.

Ideas
What would you like to see in the game? We would love to here your opinions

Thank you for reading and please watch our game, it will have much more frequent updates from now on.