Hey everyone and welcome to our latest progress update. Sorry that this is a tad but late; another project, my YouTube game walkthroughs project, had a special event today (a Viewer's Choice Poll) so I had to take some time yesterday, late last night, and today to deal with the proceedings. I also wanted to get some last minute work done on CI as I was stuck in the code much of the month and had not gotten too much mapping done. Anyway, let's get into what happened on the mapping front.


This months I did not get as much visible work as I would have liked to with the maps. I sunk a lot of mapping time into City 23. Despite this it is still completely messed up as far as fixing goes (things like very thin walls, buildings not on the same grid lines, ground being higher than in other locations, walls that do not meet flush with other walls or ceilings, etc). However I did get a lot done in this map and changing it in the future will be much easier. Still a lot to do though and none of the work was screen shot worthy as the map looks the same as it did before.

My main goal for the stranglehold map was to add more definition into the building and lay the ground work for the underground areas of the map. I also found a little extra time to do some texturing as well. Here are the screen shots for this map: 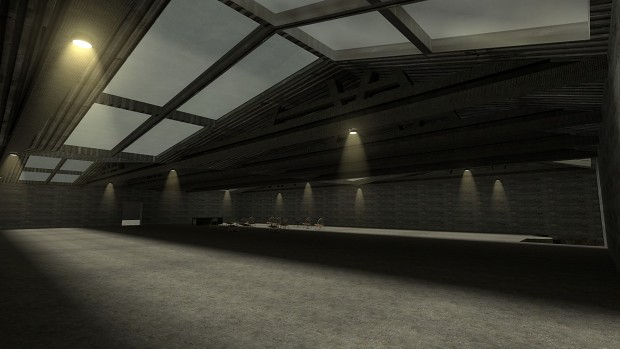 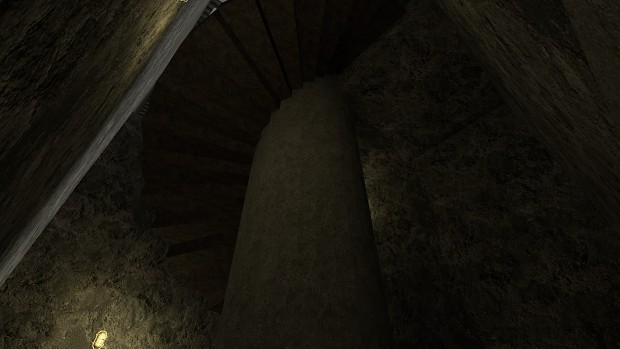 The Graveyard for the most work on it out of everything. I also did tons of vertex editor fixing on some of the buildings when I noticed that just about everything with the walls and roof were either off the grid or not lined up correctly. I spent the rest of the two days I was working on this map adding in the fence I mentioned last update as well as getting the other areas ready for the fencing. The fence is only currently located around the central plot but I have "walled off" the other plots so that the fence can be easily added later on to them. I also went through and turned all of the grave stones so they face eastward and this also lead to some new ideas for the map that will be on show in the next update.

In addition to all of that I did some texturing work and also increased the height of the fog so that it covers most of the objects in the map. 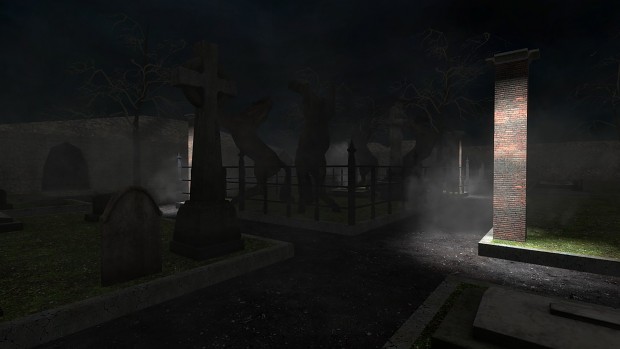 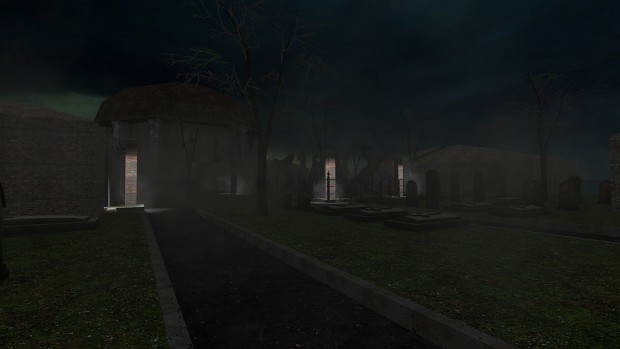 City 25 got a small update. I finally was able to get the bloody model to compile correctly and so I placed it into the map. It is not quite ready for an official update section of its own but enough so that I can place it into the map as a place holder. 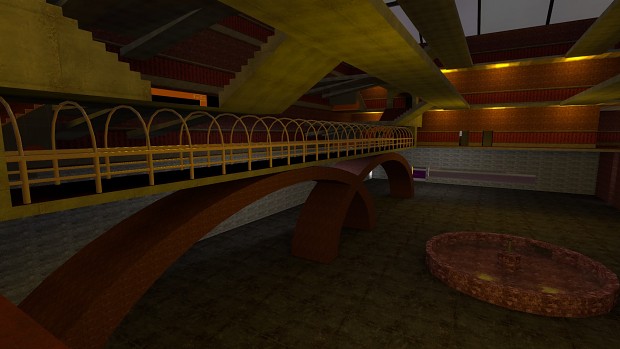 That is it for the mapping.


For more info see the SRC Update, this is just the demo video.


So, this is where nearly all of the development time went this update cycle. The reason for this was I wanted to finally get started on the HUD. I attempted a few more times to get my idea for an image based health bar working but the class used to create the effect was just defective. The code on the VDC is missing something and it has not been maintained.

So I decided to blow it off and try looking for another solution. While thinking about it I was playing Episode 2 when I noticed the flashlight power bar. I wondered if there was a way to co-opt the code for that for the health bar and I luckily found some code on the VDC that helped me implement it.

In addition to this I had to made some changes to the hud_health, hud_armor, and hud_battery classes. I ripped the animation out of all three of them and also commented off their HudLayout entries so they would no longer be drawn to the screen. I had to make some alterations to the other two and CBasePlayer to get the armor and battery values updating correctly.
I then added in some new animations for these elements and colored them correctly with new entries in the ClientScheme. Earlier today I also had to do some fixing of the HUD tasklist because I had changed the name of the entity in Hammer but not in the code and after rebuilding I found that it was not working at all; so I fixed it.

Lastly I have begun to add in the damage bonuses where certain damage types will either add or subtract from the damage total depending on what the damage type is and which layer of health it is affecting (for example blast damage is 12% more damaging to shields but 8.3% less damaging to armor).

I have not actually added in the if statements for everything yet nor have I successfully (to my knowledge) gotten the lowered blast damage for armor to work yet but the foundation has been laid. I will likely have it done by the next update.


Here is the first video of the VLog for this update. The others are uploading as I type this update and should be online within a few hours.


That is all there is for this update. I am looking towards continuing my rate of progress for next month as well. Thanks for following the project!

just an an opinion:
The knockback on the weapon is to high, what makes iron sight aiming ridiculous. So try to reduce the knockback and add a camera shake instead (maybe just for firing with iron sights). That way it wont look like the player smashes his own head with his guns all the time.

That was going to be my first task starting in March regardless. Many of the recoil animations need to be adjusted slightly. The one that needs it the most is the smg1. The shotgun only needs slight tweaking. Not sure that any of the others need much work, if any, though; the 357 is pretty much fine as it is, the pistol does need some editing though.

nevermind, the sights aren't properly adjusted by the looks of it