Once again, another busy week on The Red Front. This week we are showing off the development of our latest stage - Mozhaysk. In this scenario, you will be required to defend a convoy which has been ambushed by the Nazi’s. Read more about this and the AI changes in the full article

Once again, another busy week on The Red Front.

Our internal playtesting has delivered a lot of very useful feedback which is being used to drive a lot of positive gameplay changes. A major focus is in producing dynamic game play, to create distinctive feelings and scenario’s between missions and building as much variety as possible

The enemy AI system has had core components modified to allow for new scenario’s and some interesting gameplay features. This has been a natural growth from our most recent (in development) mission – Mozhaysk. 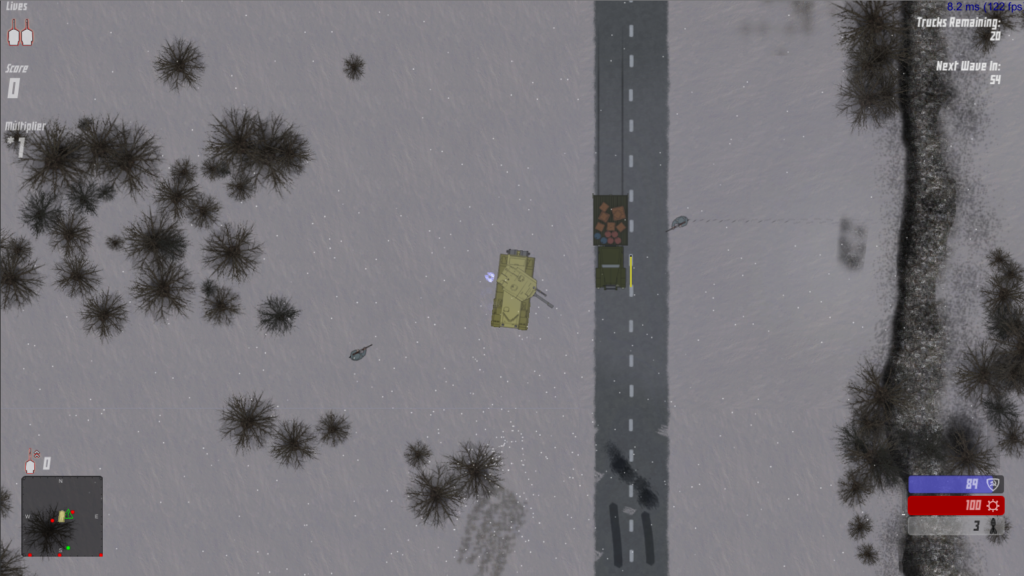 In this scenario, you will be required to defend a convoy which has been ambushed by the Nazi’s. The enemy AI has been modified to attack the trucks and only focus on the player once they are within a certain range.

This allows for further gameplay improvements, based off this change we are now able to have allied troops on the battlefield and have the enemy soldiers respond to and attack these units.

On top of these changes, a timer has been added to the waves to force the player into action. This will prevent them from exploiting the game mechanics by distracting a single rifle infantry unit and indefinitely delaying the spawn of the next wave.

Below is a “behind the scenes” look at the enemy path selection. The white lines dictate the enemies current chosen target, the green lines specify the path the infantry will walk along.
The player tank to the right of the photo has currently distracted the nearby enemy troops whilst the remaining troops further away are focused on the convoy. 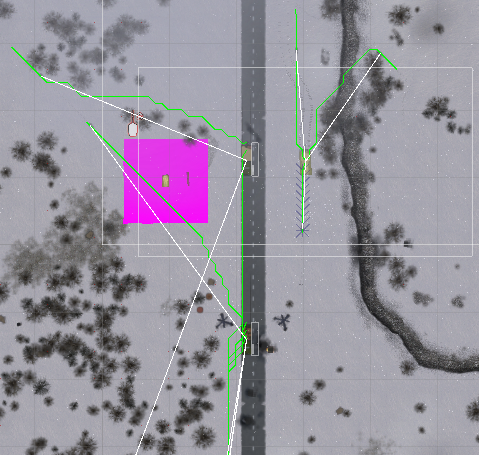 Health Bars have also been added to the convoy trucks, these same bars will be used on notable units ranging from enemy bosses to important targets to defend. 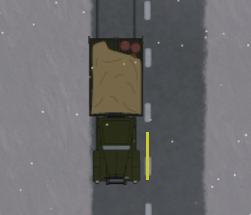 In order to help the player keep an eye on the convoy, radar alerts have also been included. These will modify the allied green dots to a warning sign when a convoy trucks takes damage. An alert popup is also sent with a sound signal. 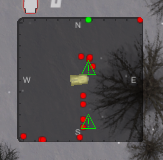 Whilst most of the focus has been on the development of the new mission, there have also been other minor changes made.

See this all in action in the below video. You will also see a behind the scenes peek showing the AI in action!