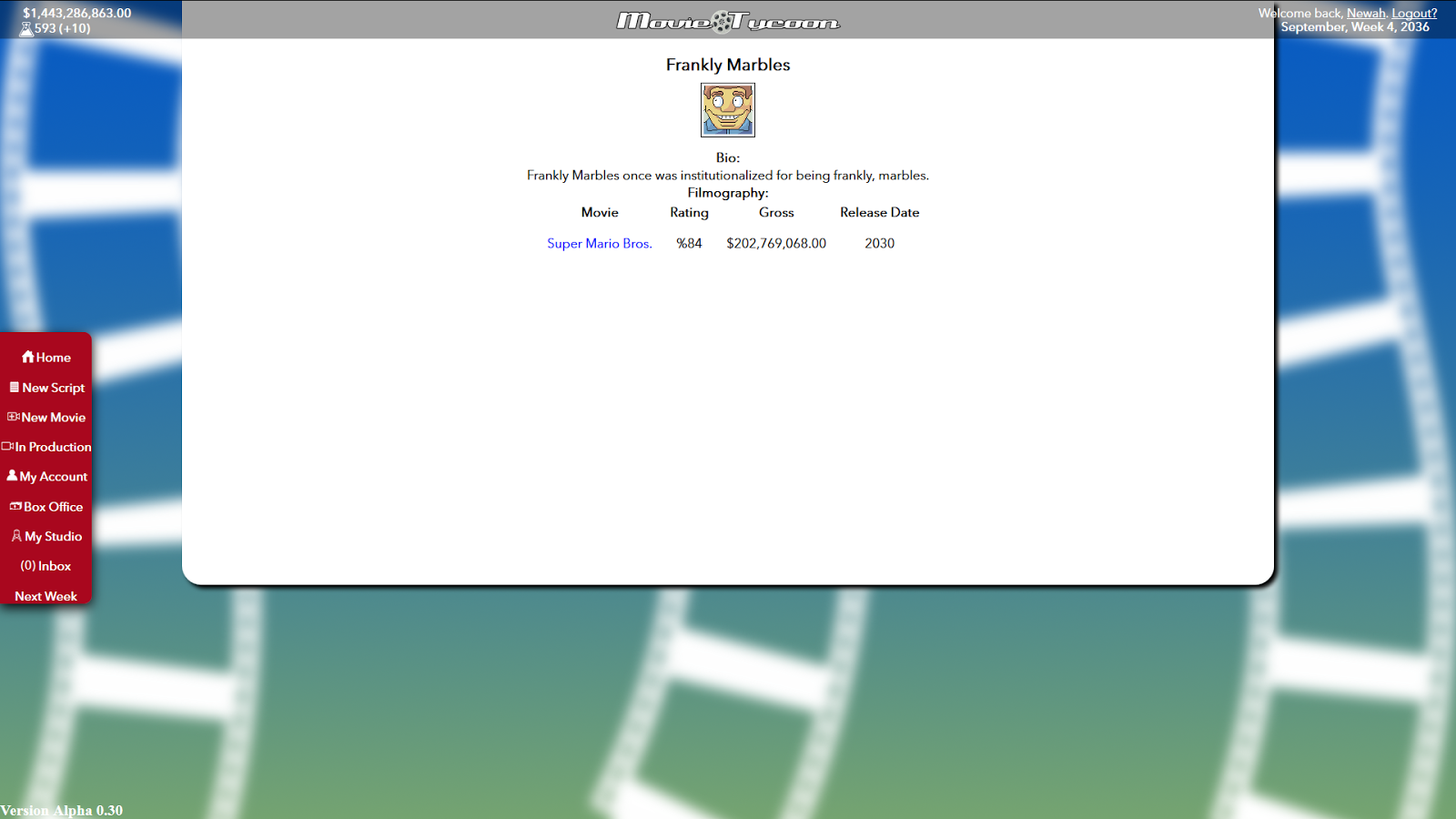 Finally, I'm able to make a blog post, and I have some exciting new developments!

As you may notice, the website has had a considerable overhaul in the design department. I'm hoping this is for the better. 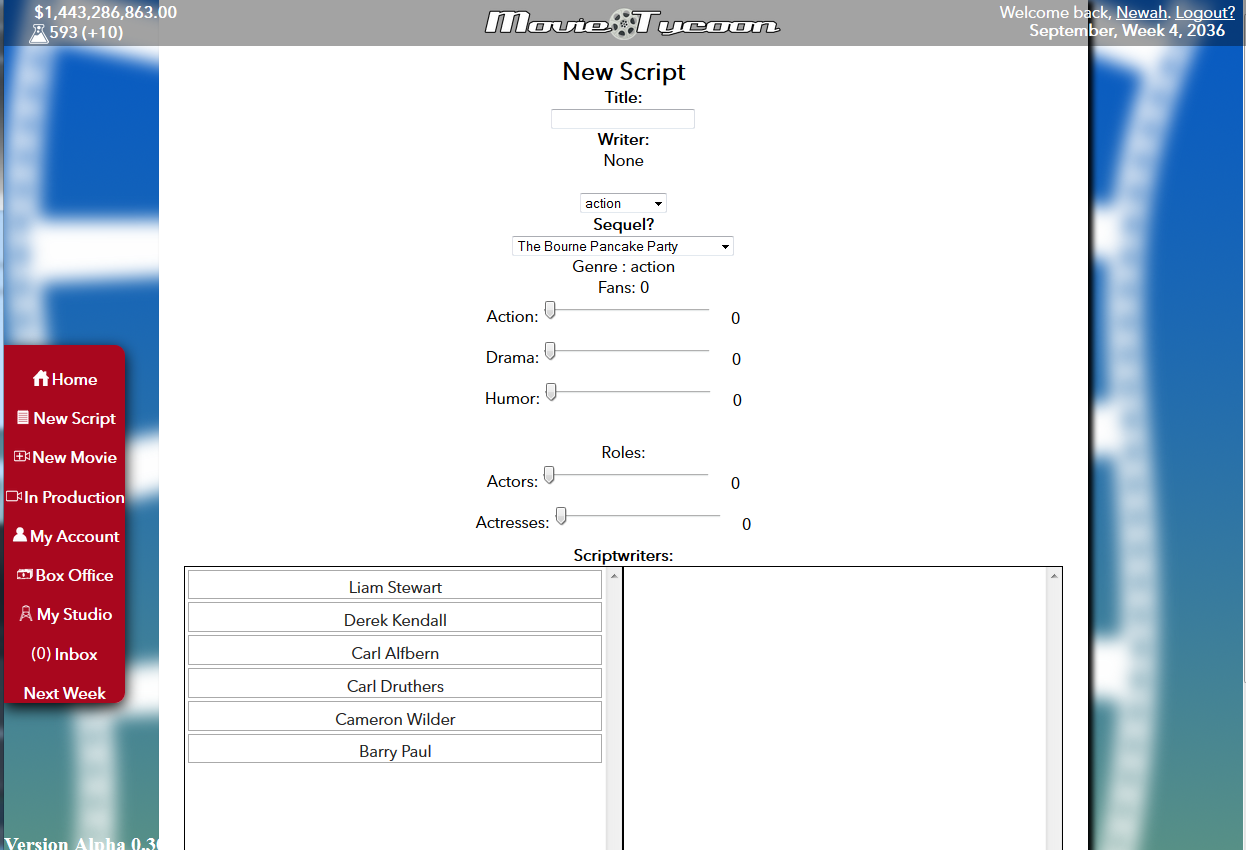 A couple of new features have been introduced. Firstly, now sequels are in the game! When making a script, you can choose one of your previous movies and choose the new script to be a sequel to that one. I've also implemented a feature where movies have a fanbase, and part or all of that fanbase transfers over when you create a new movie, which guarantees at least a minimal box office return. 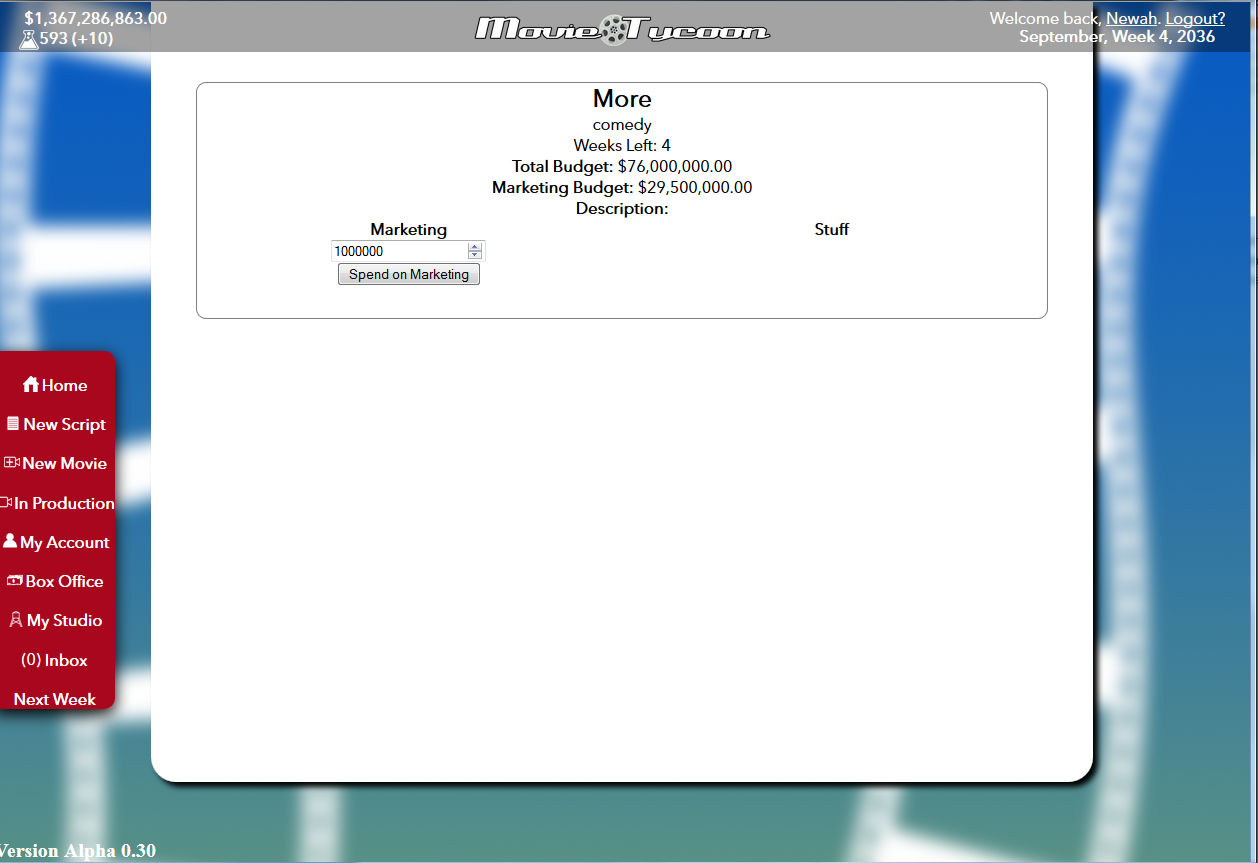 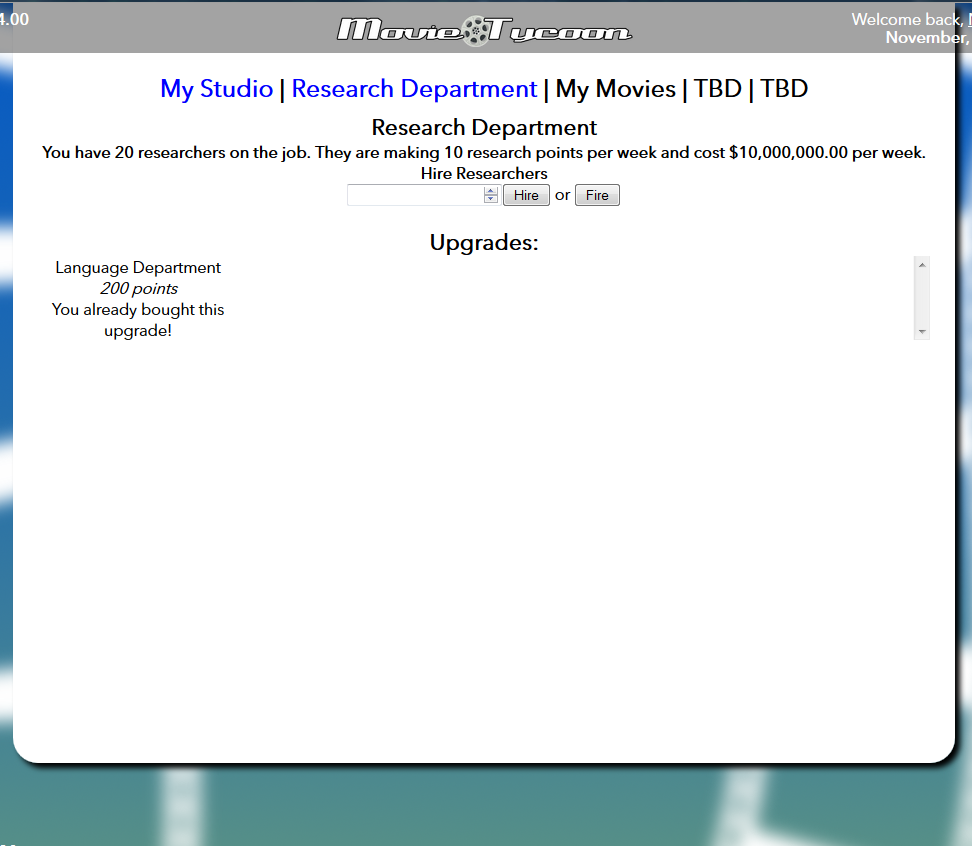 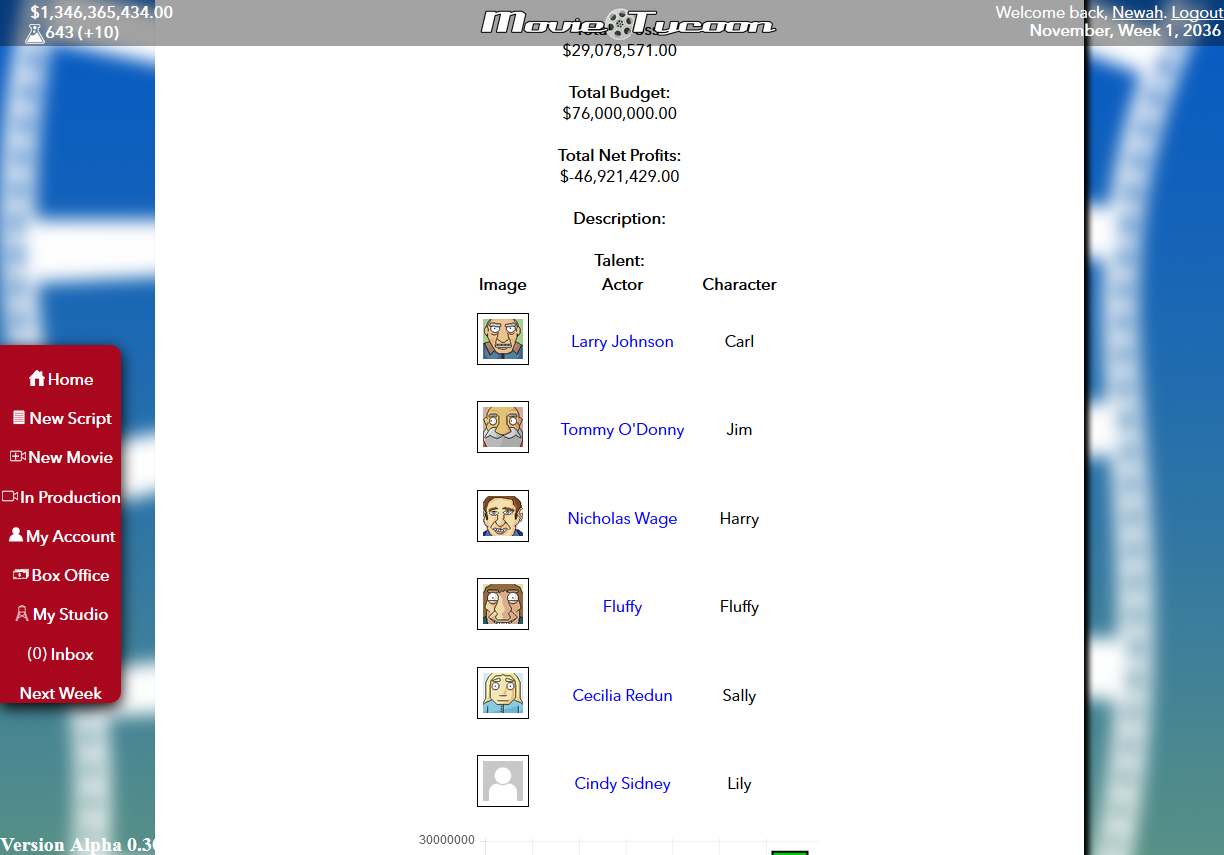 As a side note, the amazing artist Geozermer has been making more and more fantastic pixel art portraits for the actors and actresses. Adds a little layer of polish to the whole experience.

Expect more updates in the coming weeks or even days. I'm on roll recently, so hopefully the game will be finished sooner than I expected.