The next two updates to Movie Battles II are here, featuring a number of fixes found in the V0 release. However, expect even more in the future!

The next two updates to Movie Battles II are here with the v0.0.1 patch required for both players and servers and then the server side only v0.0.2 patch which fixes a crash bug.

Before we begin, I would also like to say congratulations to Zudni for being promoted to the lead of Co-leader of Movie Battles II. You're work has been great on this team, and it can only become greater. You are an excellent team member and I hope we can work together for as long as possible.

If you already know about the mod you can download here either through a full v0.0.2 release or through incremental patches based on your current version. Please note, that the full v0.0.2 release is a clean release meaning that you should delete previous versions of MBII and then install. If you are only downloading the incremental patches then there is no need to worry.

Scroll down lower for a full v0.0.1 and v0.0.2 changelog from v0. As well as the addition of Powerbattles to the addon section of ModDB.

(Required for both server and client)


For those that are new to Movie Battles II here are some screenshots as well as a promotional video that came with Version 0 Release as well as a preview for an upcoming map, Cloud City. 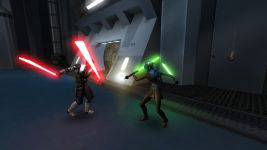 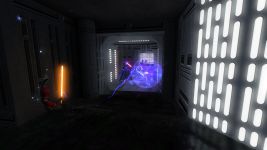 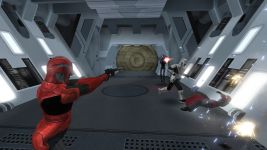 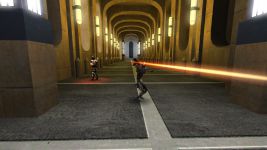 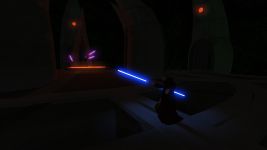 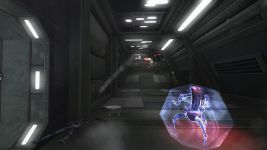 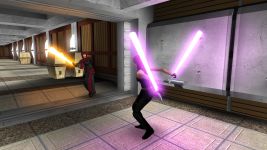 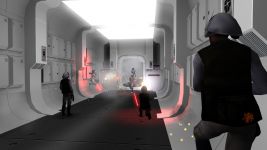 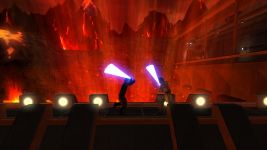 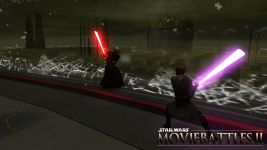 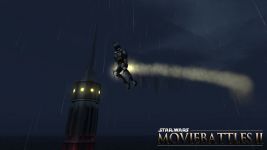 (Required for both server and client)

PowerBattles is a Third Party Movie Battles II addon created by Hawk. Here is a small quote from him about what it is all about.

Hawk wrote: Powerbattles is an addon that takes base MB maps and gives them a outrageously overpowered FA lineup. Sporting over 45 classes that include things such as flying nuke ARCs, fleas with sniper rifles, wallhackers, demons, suicide bombers, baseball bat wielding women, spies, pokemon, superheroes, Mario and many more. There's even a mandalorian with a projectile rifle for the nostalgic. With so many diverse classes, all loaded with ridiculous power there is something fun for everyone. Try it yourself and see.


Check out the links below as well as the forums for more information including a changelog from the previous version.

Agreed with you there, nothing we can really do about how people act when they play.

Personally I was always a fan of the "Authentic" mode .. I wish more people felt like me though - Some day I might buy a server 'n make a 24/7 Authentic server.

Also: Woooot! Powerbattles! :P this gamemode *must* be tried guys; it's hilarious!

Wow, this mod is awnsome one of my favorites but have any form to put bots in game or a gameplay for it ... the effects in game are cool i known this is a siege mod but have one form to put bots ??? in have various friends play this and in some times one have problems with the internet and for create custom servers are great but with a little gameplay with bots i hope to view bots in this mod, what says ?

Note : I known the mod is siege gametype but i dont lose the hope and i not pretend make a " witout reason " comment only put a question, do not mean to bother anyone with my comment.

You know your mod is awesome when a guy is promoted to Lead of co-lead O_o
lol, I am assuming you made a slight typo there Mace?

Apart from that, it all looks pretty good 'n naturally I'm already up to date on the download :)

I dont know, what is better ? Movie Battles II or Star Wars Chronicles ?
I think, this is a good Mod

MBII, Chronicles isn't really even in a 'finished' state.

Good Videos and screenshots and I think, I will play this Star Wars Movie Battles II Mod

How do you install this mod with a Steam version of this game???
Any help would be great.

Vendetta312, you have to extract it to this folder: C:/Programs/Steam/Steamapps/common/jedi academy/GameData.