Progress on the game is coming along great, I have been working feverishly on the Animator and Character Controller for Shyla.

Progress on the game is coming along great, I have been working feverishly on the Animator and Character Controller for Shyla. So far it's working out and I should have a video to post soon displaying: 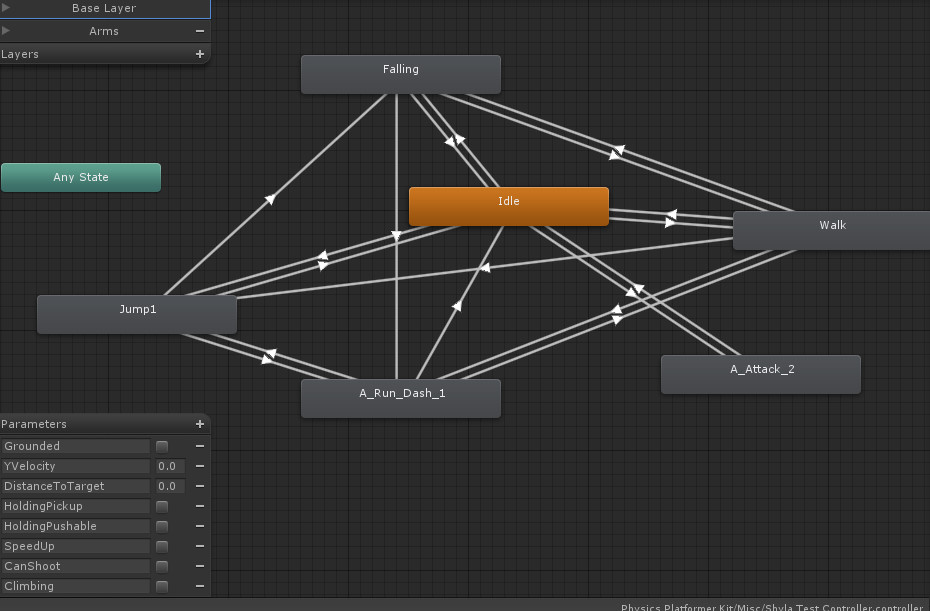 I have been working with an asset from the asset store called "Complete Physics Platformer Kit" which has been helping me with moving platforms, checkpoints, respawn position/animations and some other things. It's basically a great package that has a lot of scripts and prefabs to help with quick development of games. You can get more information about this asset here: Assetstore.unity3d.com 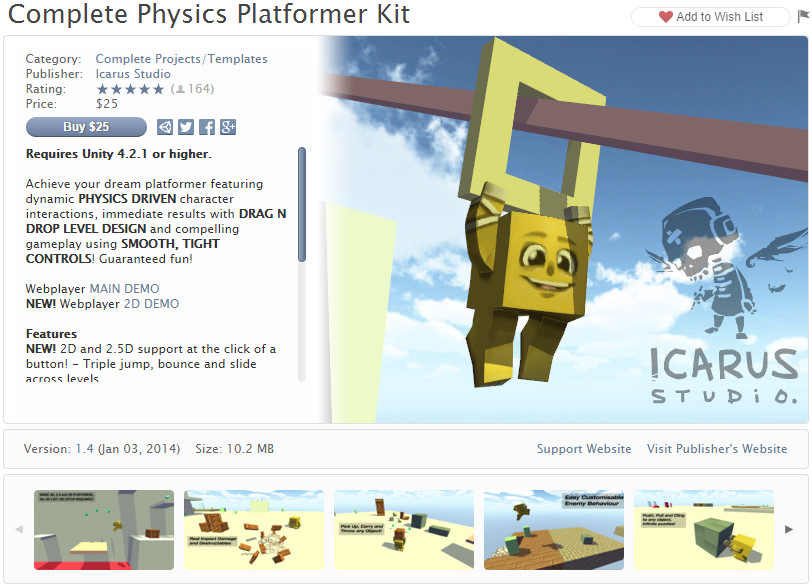 Before I can use some of the features included with this asset for Shyla I need to make the remaining animations but for now I am enjoying the process of seeing my character coming to life and moving in ways I have been dreaming about for quiet some time now. I would just like to take a minute here to express the appreciation for Unity3D, it truly is a very powerful engine and enables me to make a game in a fashion that was not available when I was growing up. The desire to make a video game is simple but the actual process is quiet long and very technical, the wonders and revelations along the way are worth every minute spent.

With that said we can move onto the next section, I decided to spend some time and develop more of the surrounding environment for Scene1 (which undoubtedly will not be the first scene of the game but is titled so). Adding in a new kind of tree gave the blends a bit of variety, which was a start, then I swapped out the old grass texture for a new one with more of a "comforting" feeling. I did this because the original grass was simply too bland for my taste and was merely a placeholder in the first place. 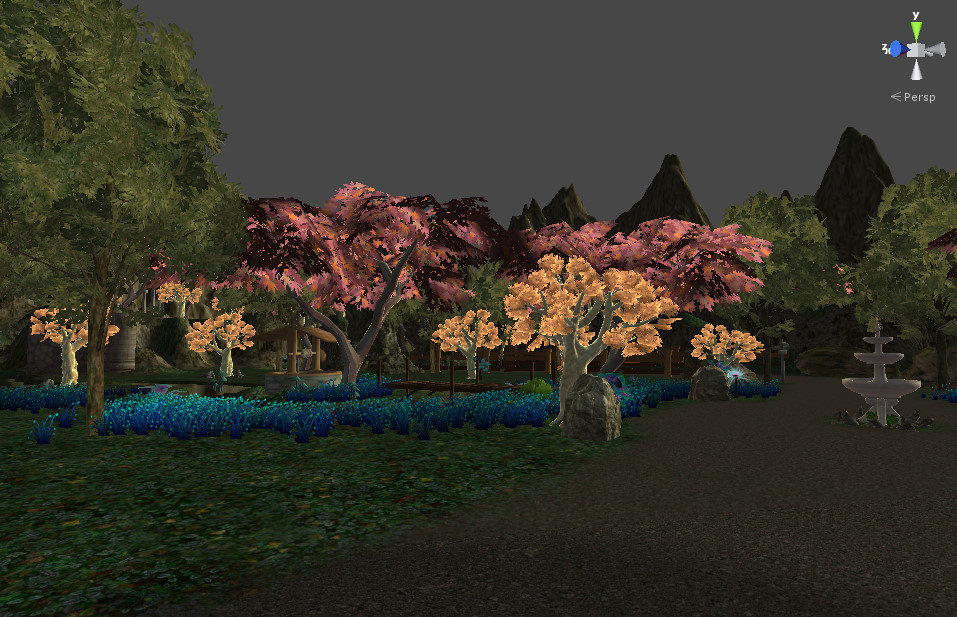 Moving on I replaced all the underwater ground texture to a more mossy texture, I will be adding some more rocks and decoration for the floor but for now this will do. I also added in some new water plants. 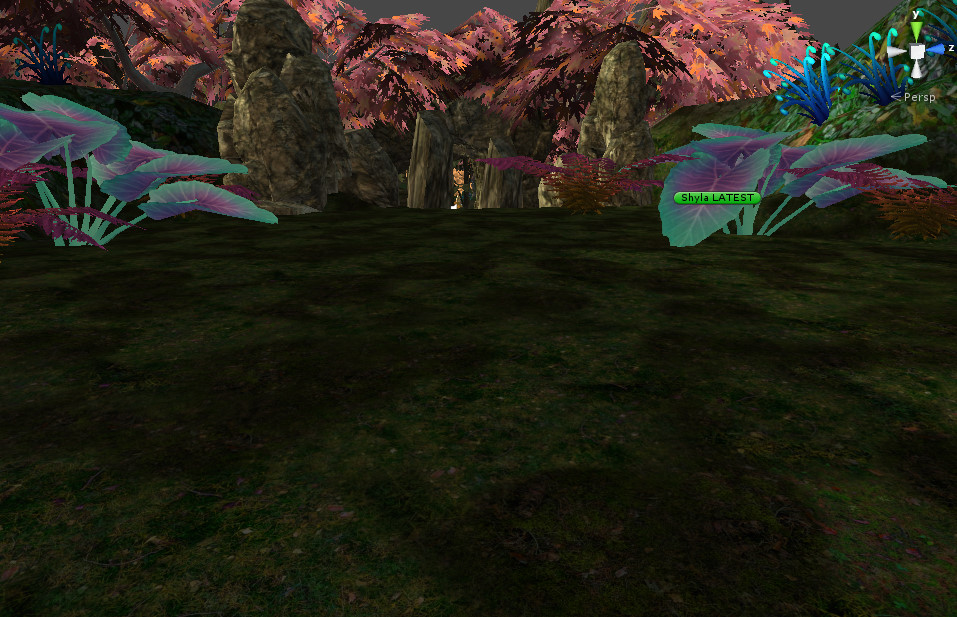 I then sculpted the surrounding mountains/hills, they of course still need some work but after painting and molding them till i felt they were somewhat presentable I moved on to perfecting the sun rays and directional lighting for the area. Along the way I got the idea that I wanted to see some lens specs when looking directly into lights, in the image below you can see a small amount of lens specs on the upper right hand corner. I don't want to get to carried away with the specs because they stay in place during gameplay, only when lights are directly in the cameras face do they stand out. It's how it should be so I feel a small amount of lens specs is fine, it's a nice touch for certain camera angles and areas of the game. 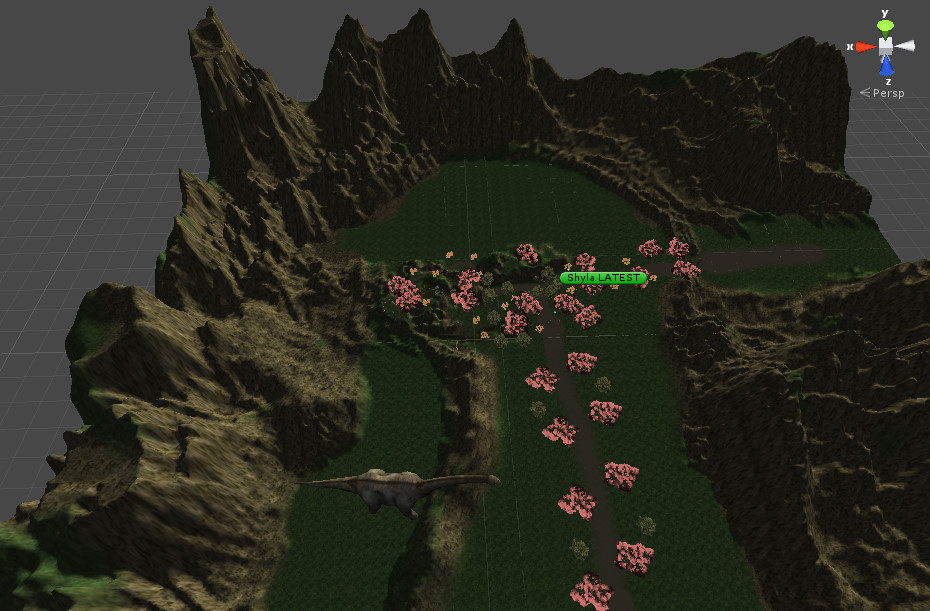 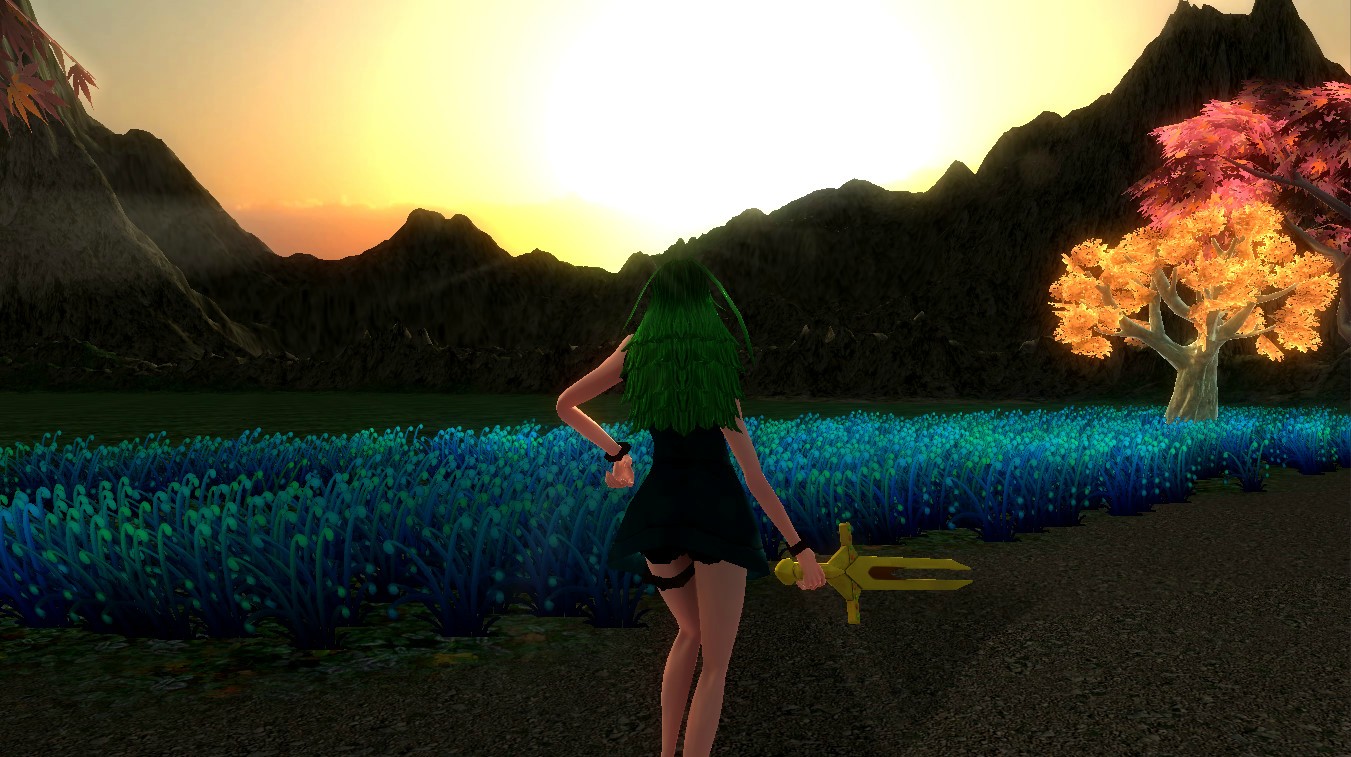 That's it for now! Thanks for reading!