An overview of enemies you will encounter in Mothership.

Man does depression suck, its getting closer to Twitch-con and crunch time. It is important to keep motivated when working on your game. Sometimes just leaving the editor open for awhile is enough.

Everyone has the capability to cooperate. It is up to the individual to choose who. No one had the freedom of choice when the Motherships were built. Most crews aligned with the common goal of sharing the hospitable planets and resources they came by. With no leash to hold people back, some opted to personal goals instead. Pirates ignore these humanitarian efforts and take what they can to survive while putting in little effort. Most pirates are led by Armagna, who provides them with better resources and firepower in exchange for servitude. 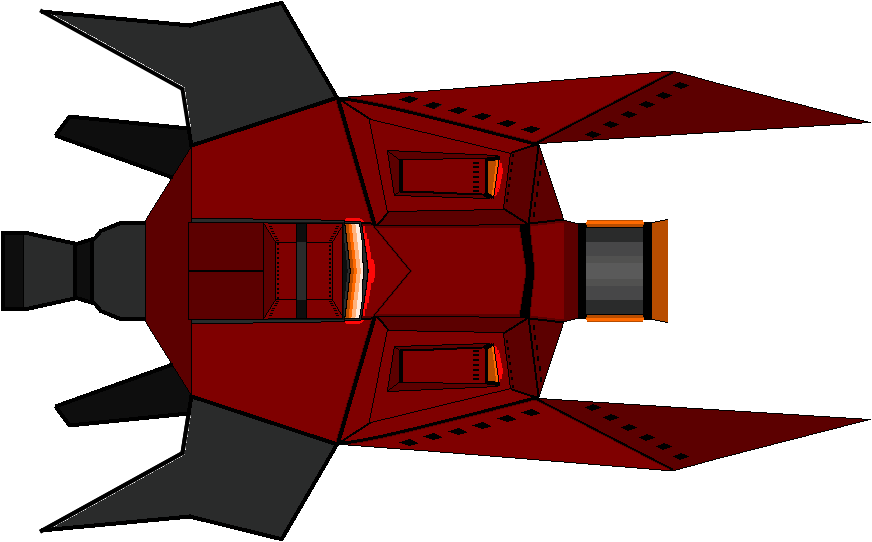 Big ships take alot of time to draw so this is a 3d still sprited over for armagna's ship. I plan to rework it later and add a large amount of detail so don't expect anything except for some of the colors to make it into its final design.

These little guys are mass produced and come in different colors. They fire two small lasers from their guns on the front.

The medium size ships fire plasma shots that explode for splash damage. Especially dangerous for modules as they are more likely to take damage.

Ok so every game in space has to have some aliens right? Well in this case we don't have a clear name for them so I have been calling them squids. Hopefully I can think of a better name, any suggestions are welcome!

Still thinking of colors for these guys. The small squids like to latch on your ship and drain its durability! Push effects and slows would help against these guys.

These big jellyfish looking suckers zap the shields off your ship!

An octopus grabbing a large space diamond and firing lasers what more can I say?

These are the two main factions of enemies you will encounter. That is not all of them! More are in the works! If you have any suggestions of enemies or feedback feel free to post in our discord Mach V. As always, thanks for your interest in Mothership!