The next member of the Jurassic lineup. Stegosaurus ungulatus!

Posted by JaggedFangDesigns on Sep 30th, 2017

We continue the journey through the fauna that has been brought back from the Morrison Formation with a one-time famous animal and now a simple attraction in the majority of parks, Stegosaurus ungulatus!

Stegosaurus ungulatus is one of three species within the genus Stegosaurus and the most commonly found in parks across the world simply due to it being somewhat unique compared to the other members of the genus, though these subtle and one time fascinating differences have lost most fancy in the eyes of guests they are still worth noting and are still a subject debate among researchers as to whether S.ungulatus should even be within the genus Stegosaurus.

One of these minor differences between Stegosaurus ungulatus and the other two species of Stegosaurus is its plate arrangement, unlike both stenops and sulcatus S.ungulatus features a twin pair of symmetrical plates just before its thagomizers whereas both other species have an asymmetrical arrangement of plates in their entirety, the other, more major, difference comes in the form of the animals actual plates which are distinctly more ‘sharp’ in appearance to both other species making it very easily identifiable among a group of all three of them. The other and most obvious difference between ungulatus and other members of the genus is its size, Stegosaurus ungulatus towers over all other species of Stegosaurus at a staggering 9 meters in length with proportionally large thagomizers to match. 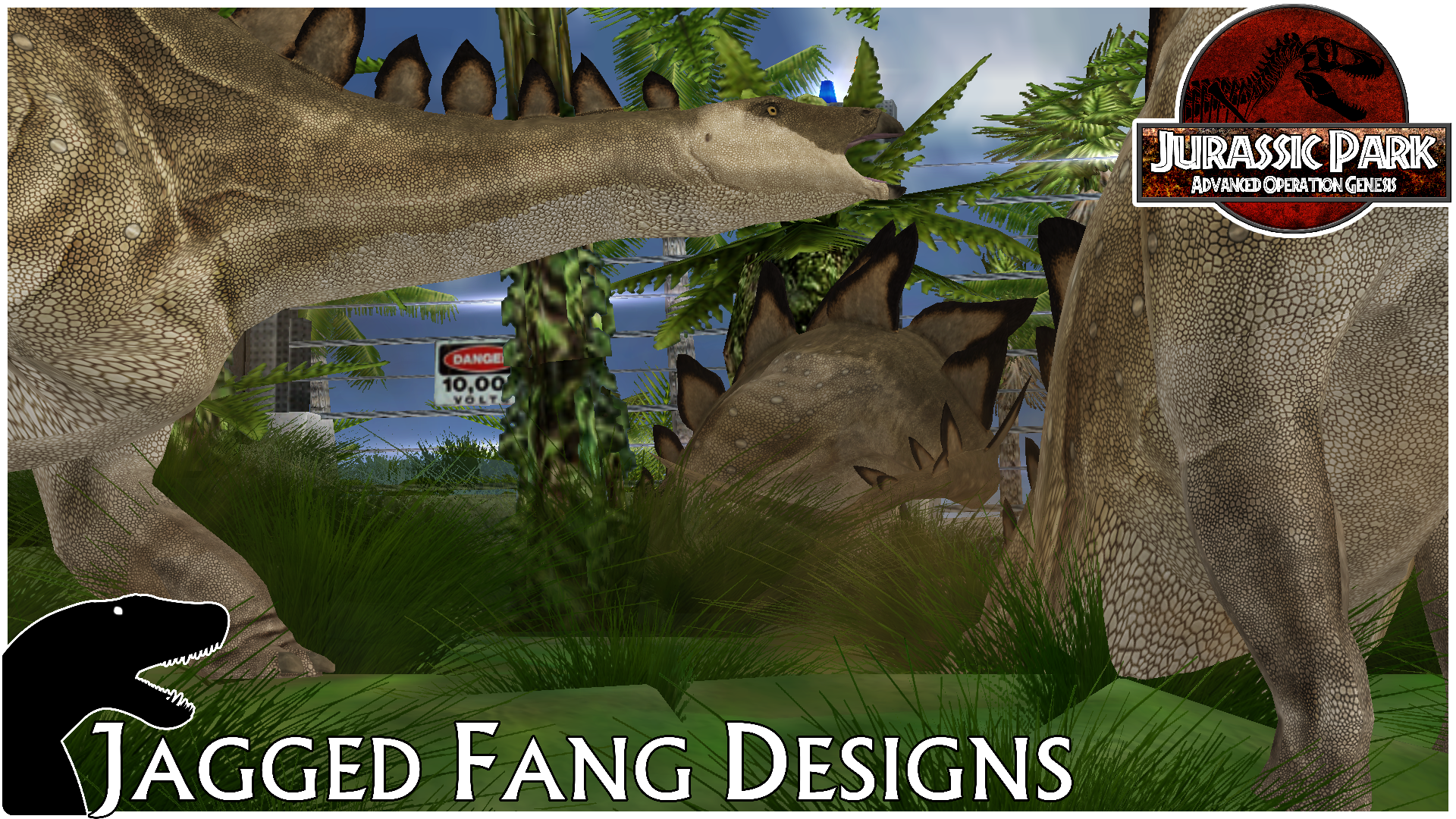 With all of these features one could expect S.ungulatus to be a 3 or even 4 star animal, however ungulatus is an inactive lump of an animal much like many larger-bodied Dinosaurian herbivores in captivity, an understandable side effect of having the majority of your food being provided for you. The secondary reason is due to most of the more interesting behaviours displayed by Stegosaurus is reserved almost exclusively for when the animal feels threatened, a somewhat rare occurrence unless a predator of considerable size has broken into their exhibit, amusingly however it seems most predators are deterred simply by how Stegosaurus looks alone with few exceptions such as Smok and Tyrannosaurines. This has sadly made Stegosaurus a rather unpopular attraction overall despite its previous fame before it was brought back, and it is for this fame and this fame alone that Stegosaurus ungulatus maintains a 2 star rating as opposed to a singular star.

This concludes the introduction of Stegosaurus ungulatus, a mildly tragic fallen star of Morrison, going from fame in death to being almost forgotten in life.